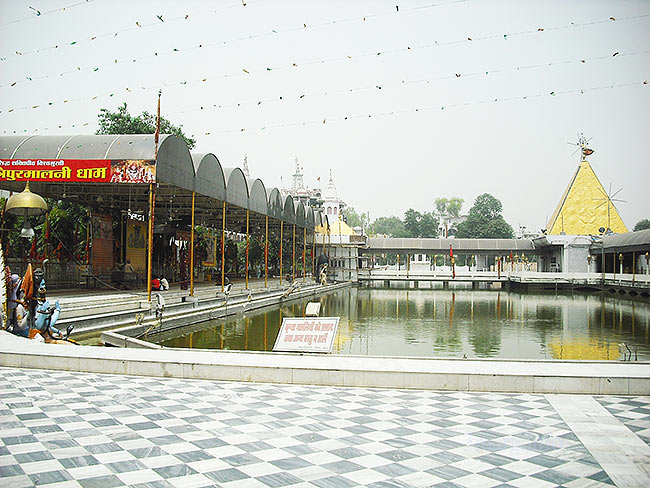 Jalandhar is a historic city in the Punjab state of northern India. Devi Talab Mandir, a centuries-old Hindu temple devoted to the goddess Durga with a sacred tank, is located there. Sikhs visit the whitewashed Gurdwara Chhevin Patshahi as a site of prayer. St. Mary’s Cathedral, a contemporary structure with Punjabi architectural features, two domed towers, and a pond, is located to the southeast. Jalandhar is known for its sports sector, and Jalandhar-made equipment has appeared in several major athletic events, including the Olympics, Commonwealth Games, and Asian Games, among others. It is also a centre for the production of hand tools.

Best Places to Visit in Jalandhar

Wonderland Theme Park, which spans 11 acres, is located on Nakodar Road, about 6 kilometres from Jalandhar’s bus terminal and 8 kilometres from the railway station. This park has a lot of exciting rides.

Bumper cars, flying jets, a horror house, boating, kiddies’ boating, a play house, a flying dragon, and a slide splash are among the water rides. The wave pool is probably the most popular of the attractions.

The Punjab government planned a massive project called the Punjab Freedom Movement Memorial to commemorate the unparalleled sacrifices made by Indians and Punjabis for India’s independence. The project aimed to build an integrated memorial complex for freedom fighters on 25 acres of land on the outskirts of Kartarpur. The total project cost is estimated to be Rs. 315 crore.

The Memorial aims to instil knowledge of the State’s rich cultural heritage in the minds of young people. The site, which is located on the Jalandhar-Amritsar national highway, was carefully chosen by the State Government with the goal of adding another tourist destination for those travelling to the Golden Temple. The Government of Punjab established the Punjab Freedom Movement Memorial Foundation to carry out this prestigious project.

The town had its own distinct personality as it grew up until 1947. There were 12 kots, 12 gates, and 12 bastis. The Kots were mostly Hindus, while the Bastis were mostly Muslims. The kots, also known as Mohallas. Each Kot was guarded by its own gate. So far, only a few of these basties, Kots, and gates have survived. Jalandhar, a town of antiquity and a seat of government several times in the past, regained its lost glory of ancient times in 1947 when it was made the administrative headquarter of Punjab following partition but was lost too soon when the administrative offices were shifted first to Shimla and then to Chandigarh.

The headquarters of the Tehsil/Sub Division of the same name, Nakodar, is located on the Northern Railways’ Jalandhar City-Nakodar line and the Lohian Khas Nakodar Ludhiana line. It is a railway junction 32 kilometres from Jalandhar City, 47 kilometres from Ludhiana, and 32 kilometres from Lohian Khas. It is also directly connected by road to Jalandhar (24 km), Phillaur (34 km), Sultanpur (40 km), and Kapurthala (35 kms). A road also connects Nakodar and Jagraon via a ferry on the Satluj River. A Khadi Mandal, a Civil Hospital, a Veterinary Hospital, three Sub-post offices and a combined Post & Telegraph office, a Telephone Exchange, a Police Station, and a P.W.D. Rest House are all present. It is well-known for producing durries and khadi goods.

Nurmahal (31 06?N 75 36? E) is a small town on the Northern Railways’ Lohian Khas-Nakodar-Ludhiana line. Nurmahal is 20 kilometres from Phillaur, the Tehsil/Sub Division headquarters, and 13 kilometres from Nakodar. It is also linked by road to Phillaur and Nakodar, which runs parallel to the railway line. The town is also directly connected by road to the district headquarters, Jalandhar (33 km). It is classified as a class II municipality.

Located on the old imperial road connecting Delhi and Lahore. Nurmahal was built on the site of an ancient town, as evidenced by the large size of the dug-up bricks and the numerous coins discovered there. Sir Alexander Cunningham obtained a punch-marked silver coin, a copper piece from the satrap Rajubul, and a copper piece from Mahilpul of Delhi. Three concentric semi-circles with a dot in the centre distinguish the bricks.

According to Barkley, Nurmahal was built on the site of a town called KotKalur or KotKahlur, which was ruined around A.D.1300 “by the oppression of the government of the day, the Hindus deserting it, and separate villages of Muhammedans taking the place of the old mohallas (wards)”. Cunningham, on the other hand, believes that this is an error caused by a misreading of the words ba-khitahphalor in the inscription above the serai’s western gate.

The months of January to March are ideal for visiting Jalandhar. The summer season begins in March and ends in June. Summers are hot and humid, with strong winds.

How to Reach Jalandhar

A new domestic airport was opened at Adampur Jalandhar, around 25 kilometres from Jalandhar City Railway Station and 23 kilometres from Jalandhar Bus Stand.
Sri Guru Ram Dass Jee International Airport in Amritsar, about 75 kilometres (47 miles) northwest of Jalandhar, and Channdigarh Airport, about 145 kilometres south of Jalandhar, are the next closest airports. Regular flights link it to other regions of the nation. Birmingham, Dubai, Singapore, Kuala Lumpur, and Doha are among the cities with international flights. The airport now handles up to 48 flights each week, up from a few years ago when it only handled a few.

Other important cities with direct rail service include Mumbai, Calcutta, Chennai, Patna, Guwahati, Pune, Haridwar, Varanasi, Jaipur, and Jammu Tawi. Howrah Mail, Golden Temple Mail (Frontier Mail), New-Delhi Amritsar Shatabdi Express, and Paschim Express are some of the renowned trains that stop in Jalandhar City railway station. Many Jammu-bound trains are been extended to Mata Vaishno Devi-Katra.
Jalandhar City Railway Station is well-connected to the rest of the nation. It is a key stop on the Amritsar-Delhi rail route, which is served by Shatabdi Express, Intercity Express, and other trains.