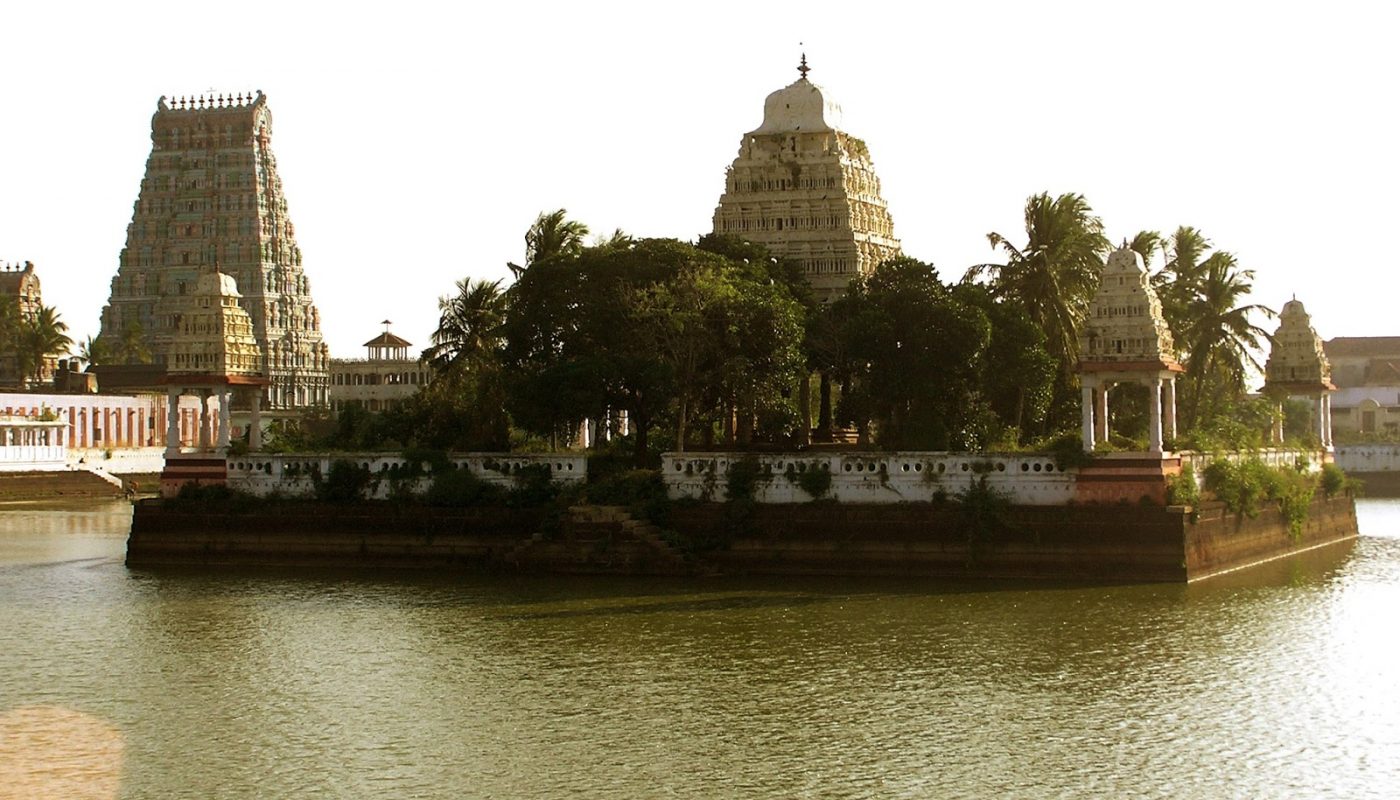 Sivaganga is the administrative centre of the Sivaganga district in Tamil Nadu, India. The town is 48 kilometres from Madurai and 449 kilometres from Chennai, the state capital. For administrative and economic purposes, it is a significant town in this area. Salem, in the state of Tamil Nadu, is well known for its steel. People all throughout India utilise steel goods manufactured at the Salem Steel Plant. Salem is one of the state’s major cities and has a lot to offer visitors.

Best Places to Visit in Sivaganga

Vettangudi Bird Sanctuary is located between Thirupathur and Madurai. Vettangudi Bird Sanctuary is located near Savaganga, 51 kilometres from Madurai, on the Madurai – Melur – Tiruppathur route. It is situated in the villages of Vettangudipatti and Periya Kollukudipatti in Tiruppathur Taluk, Sivagnaga District. This sanctuary spans 40 hectares and includes tanks from the villages of Vettangudi, Periyakollukudi, and Chinna Kollukkudi. The Vettangudi Bird Sanctuary provides a natural refuge for migrating birds throughout the winter. Grey Herons, Darters, Spoonbills, Wite Ibis, Asian Open Bill Storks, and Night Herons breed here. It has drawn Painted Storks, Little Cormorants, Little Egrets, Intermediate Egrets, Cattle Egrets, Common Teal, Spot Bill Ducks, and Pintail Ducks. This is a secure area for roosting, breeding, and eating. Their nesting and feeding habits vary significantly. The greatest time to visit is between November and February, when the weather is nice and you can observe hundreds of migratory birds. birds.

Karpaga Vinayagar Temple is one of Tamilnadu’s oldest Cave Temples (Rock Cut) and is located in Pillayarpatti, which is located between Pudukkottai and Karaikudi. Pillayarpatti is located on the Thirupathur – Karaikudi State Highway, 71 kilometres from Madurai and 12 kilometres from Karaikudi. The temple inspired the village’s name. Lord Vinayaga appears with two hands here, as opposed to four hands elsewhere. Karpaga Vinayagar [valampuri posture] is the name given to the six-foot ruling god. Within the temple, there are around 15 inscriptions that serve to identify the building’s antiquity. The biggest festival of the temple is Vinayagar Chathurthi, which takes place between August and September.

It is lavishly celebrated for ten days. Every month, Sankata Hara Chathurthy is also commemorated in a festive manner. In contrast to other locales, the three Lingams Thiruveesar, Marudhesar, and Senchadeswarar, as well as the three Goddesses Sivagami amman, Vadamalar Mangaiamman, and Soundara Nayagiamman, all appear together and bless the worshippers. There are other cottages maintained by the trust that may be reserved in advance.

Kanadukathan is a tiny settlement in the district of Sivaganga, adjacent to the metropolis of Karaikudi. The construction of the dwellings and the local cuisine are the specialties of the area. Kanadukathan homes are massive and built in the traditional Chettinad style. The main doors and entrances of residences are magnificent and artistically carved, similar to the gates of Hindu temples. Kanadukathan’s cuisine is produced in the traditional Chettinad style, with abundance of herbs and spices. Many tourists come to the town from Karaikudi just to eat the native dishes. Potholes are covered with a wire mesh, which is a frequent feature of Kanadukathan’s streets. These craters were created to collect rainwater. To make rainwater useable, the city employs specialised water purification procedures. Kanadukathan’s folks could teach the rest of the country a thing or two about water gathering.

The chettinad homes at Karaikudi, Pallathur, Athangudi, and Kothamangalam are the most opulent and extravagant examples of architectural splendour. Chettinad Place is a lovely building located in the Chettinad area of Sivaganga district, 10 kilometres from Karaikudi. It is one of the most magnificent examples of Chettinad’s well-known palace homes. Dr.Annamalai Chettiyar, the founder of Indian Bank and the Annamalai University in Chidambaram, planned and built the Chettinad Palace. The Chettinad Palace of Sivaganga, an exceptional example of Chettinad architecture, was built in 1912. This castle took roughly two years to create. It represents the traditional architectural style that is typical of the region.

The majority of the building materials, ornamental artefacts, and furniture utilised to build Chettinad Palace were imported from East Asian and European nations. All of the homes feature beautiful teak, marble, or granite pillars supporting a large verandah. The hall opens to the centre courtyard, which was once utilised for weddings and religious festivities. A worship chamber in the courtyard is where Rani Seethai Achi, Dr. Annamalai Chettiyar’s wife, spent the most of her time. Many artefacts utilised by the Raja are also kept at the palace. The palace is around 1900 square feet in size, with 9 vehicle shelters and a lift. Karaikudi is well-connected to other regions of the state by road. Karaikudi is the nearest railway station.

Athangudi hamlet is located in Tamil Nadu’s Sivaganga district, 24 kilometres from Karaikudi. The hamlet is located in the Chettinad district and is well-known across the country for its hand-crafted terracotta tiles, which are created solely here. Cement, sand, synthetic oxides, and belly jelly are used to make the tiles. The terracotta tiles are first moulded and sun-dried before being embellished with beautifully created designs. The pattern is what gives the tiles their distinct texture. To make the tiles seem more appealing, the pattern can be embellished with different colours. People may also have personalised tiles manufactured for their homes and yards. The most common design on grass tiles is one that depicts nature and wildlife.

You may also buy the tiles in colours that coordinate with your walls and furnishings. People in the village of Athangudi utilise these tiles to improve the appearance of their homes. The tiles, in fact, are a frequent element in many historical homes.

Aayiram Jannal Veedu is a well-known landmark in Karaikudi. The direct translation of the place’s name is “the home with a thousand windows,” which is a suitable name for a house with a thousand windows! The mansion is well-known among visitors, who make it a point to visit it whenever they are in Karaikudi. In fact, while in town, just ask anyone for directions to your residence. The mansion was built in 1941 on 20,000 square feet of land and cost 1 lakh 25 thousand rupees at the time, which is a pittance now. The home contains 25 massive rooms and five massive hallways. There are around 20 doorways and 1000 windows in the house. The first thing that impresses one upon entering the mansion is that, despite being in shambles and badly maintained, the original style of architecture and grandeur is still present.

Kannadasan Kaviarasu Manimandapam is a tiny edifice created in commemoration of Kavi Arasar Kannadasan, a prominent Tamil poet who was born in Sirukoodalpatti, a peaceful village near Karaikudi. He was a revolutionary writer who is credited with changing the face of Tamil literature. When he mounted the stage, he would captivate his audience with his oratory talents. He contributed not just to Tamil literature but also to the Tamil cinema industry by creating hit songs. Because he also authored political satires, many of his pieces were published in Tamil publications. His works have become famous in the state of Tamil Nadu because he offered Tamilians a voice that they lacked. In his work, he discussed average people’s concerns, as well as their anxieties and pleasures.

To honour the man who made their village famous throughout the country, the Nagarathars constructed a mandapam for him.

Best Time to Visit in Sivaganga

Winter. Winter is the ideal time to visit Sivaganga.

How to Reach Sivaganga

You may catch a regular flight to Madurai Airport instead of Sivaganga.

Regular trains go from other major cities in the country to the district’s important towns of Sivaganga, Karaikudi, and Manamadurai.