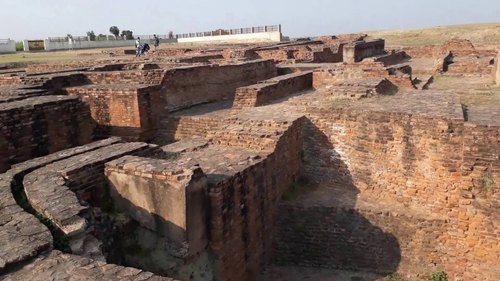 Kaushambi District is rich in historic sites. The history of every day demystifies the district’s significance. The important historical centres are Kara, Prabhasgiri and Kaushambi. The district is abundant with temples in which the major attractiveness are the temple Sheetla in Kara Dham and the temple Jain in Prabhosa. This site is located around 69 kilometres to the north-west of Allahabad. In Kara there are so many temples that are notable for the temples Sheetla Mata, Chhetrapal Bhairav, Hanuman and Kaleshwar Mahadev temples.

Best Places to Visit in Kaushambi

Kaushambi is surrounded by several sites of interest like as Allahabad, Kanpur, Varanasi, Vindhayavasini, Chitrakoot.

Ma Sheetla’s shrine is located on the Ganga River’s bank. It is known as the primary shaktipeeth among the Goddess’s 51 shaktipeeths. Sheetla Devi is seated on gardhabha in the idol. This temple is a place of worship for people of all faiths. It is stated that worshipping Goddess Sheetla on the ashtami of Krishnapaksha in the month of Chetra dispels negative forces.

Since at least 1000 A.D., this location has been a religious pilgrimage site. Kara was also an important municipality in the kingdoms of northern India’s mediaeval monarchs. Even today, one may see the ruins of King Jaichand’s fort, the last Hindu king of Kannauj.

Kara is also the birthplace of the well-known saint Malookdas (1631-1739 A.D.). There is a saint’s ashram and Samadhi. He was also a devotee of the Goddess Kara. Teg Bahadur, a well-known Sikh guru, had travelled to Kara to discuss many matters with Saint Malookdas.

Kara is also the birthplace of the well-known saint Malookdas (1631-1739 A.D.). There is a saint’s ashram and Samadhi. He was also a devotee of the Goddess Kara. Teg Bahadur, a well-known Sikh guru, had travelled to Kara to discuss many matters with Saint Malookdas.

Prabhasgiri or Prabhosa is a religious historical site on the bank of the Yamuna river in the Manjhanpur Tehsil, some 50 kilometres north of Allahabad.

It is also said that Shri Krishna was killed here by Jaratkumar’s arrow while hunting deer.

Previously, there was a large Jain temple on a very large hill. After the demolition of this temple, another Jain temple was built in 1824 A.D. There is also a cave that is 9 feet long and 7 feet wide. The records in this cave date from the second century before the Gupta dynasty and are from the brahmilipi. Until recently, this location has served as the spiritual hub for all Jain devotees. This is where the sixth teerthankara of the Jains, BhagwanPadmaPrabhu, spent the majority of his life.

This temple is located around 1km south-west of Manjhanpur’s town area. There is a black stone idol of Goddess Durga and Lord Shiva in this temple. These idols are thought to be from the period of Buddha. On the occasion of Navaratri, a vast crowd gathers to honour Goddess Durga.

This temple is located about 10 kilometres west of Manjhanpur in the village of Gambheerapurab on the bank of a pond. According to local legend, Kamasin Devi grants all of her devotees’ wishes. The locals have a strong belief in the divine powers of this shrine.

There are various tourist attractions near Kaushambi, including Allahabad, Kanpur, Varanasi, Chitrakoot, and Vindhayavasini.

Best Time to Visit in Kaushambi

From November to March is the best time to visit Kaushambi.

How to Reach Kaushambi