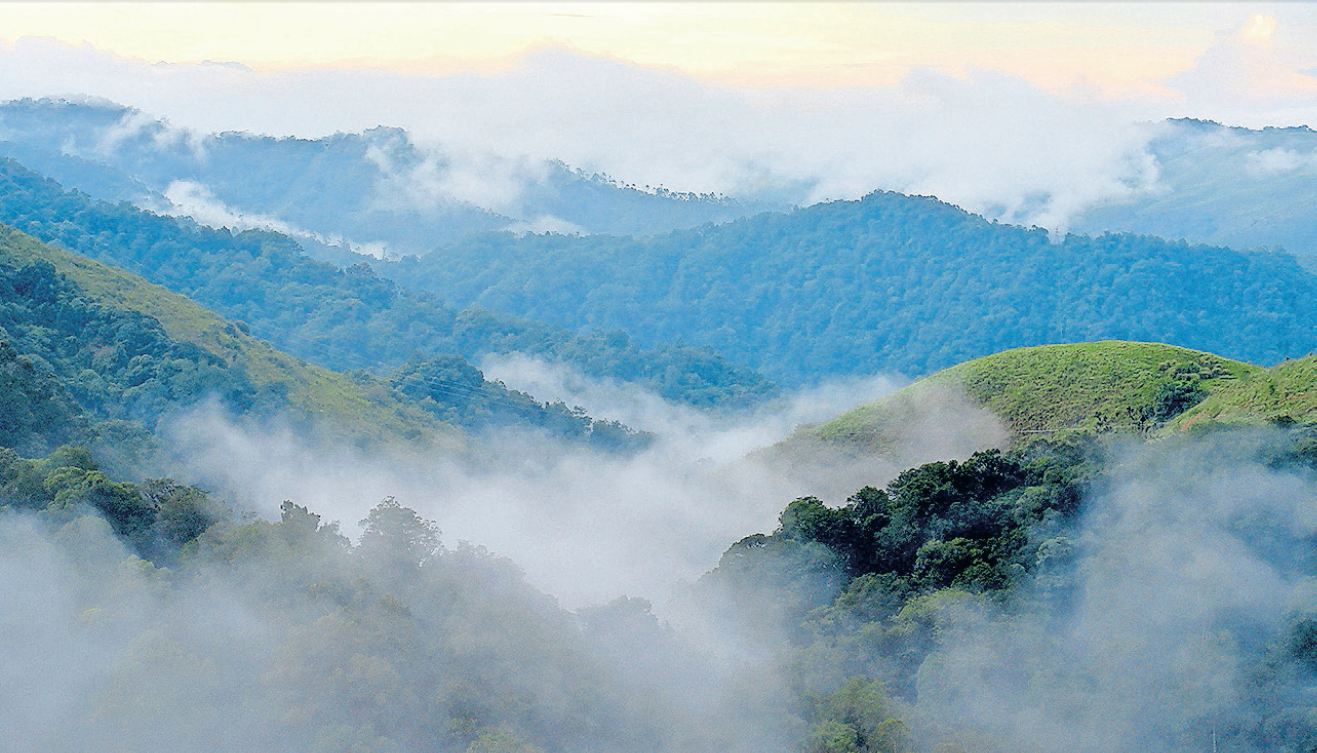 Pathanamthitta is a municipality situated in the Central Travancore region in the state of Kerala, India, spread over an area of 23.50 km². It is the administrative capital of Pathanamthitta district. The town has a population of 37,538

Blessed by nature, the district is famous for its scenic beauty, fairs and festivals. Land of Lord Ayyappa is the tag-line of Pathanamthitta tourism. Pathanamthitta attracts a large number of tourists every year.

Best Places to Visit in Pathanamthitta

Gavi is a Kerala Forest Development Corporation Eco-Tourism project located in the Pathanamthitta district of Kerala. Gavi, in the Pathanamthitta district, provides visitors with activities such as trekking, animal watching, outdoor camping in specially made tents, and night safaris. The distance between Pathanamthitta and Gavi is 109 km (428 mtrs), and the travel time is 2 hours and 5 minutes. By car. Gavi is 14 kilometres south-west of Vandiperiyar and 28 kilometres from Kumily, near Thekkady. Gavi is located within the Ranni reserve forest. Gavi is a village in Ranni Taluk’s Seethathode Panchayath. Gavi is located within the Periyar Tiger Reserve and may be reached by driving from Vandiperiyar. The entrance cost is Rs. 25 per person and Rs. 50 per car. Cameras cost 25 rupees, while video cameras cost 100 rupees. There are options for both day and overnight stays. From November to March, forest tent camping is offered.

The path from Pathanamthitta is believed to be the most pleasurable route to Gavi. The difficult travel to Gavi is best accomplished in a strong vehicle, such as a jeep. Entry passes must be obtained from the Forest Check Post on the way to Vallakkadavu. Advance booking with the Kerala Forest Development Corporation Ltd. is highly recommended, as such processes would be handled by the firm.

Konni, a highland town, is well-known for its timber commerce and wild elephant training centre. This lovely village with lush meadows and hills sits on the banks of the Achakovil River. It is bordered by plantations of cloves and peppers. Elephants captured in the forest are also tamed here. Konni, with its huge expanse of lush green forests, is the eco-tourism hub of Pathanamthitta district, which includes an elephant project at its heart. The project includes an elephant kraal (shelter), a photo gallery, modern elephant shelters, an elephant museum, stores selling forest food, a children’s park, a biogas plant, and a paper-making unit, all of which provide visitors with unique experiences.

Adavi is a scenic forest patch located 10 kilometres from Konni on the banks of the Kallar River, with roughly 5-kilometers of river frontage. The Adavi Eco-tourism project, which was jointly launched by the Forest and Tourism departments, is part of the third phase of the Konni Ecotourism project and is located approximately five kilometres from Mundommoozhy on the proposed Achencovil-Chittar hill highway.

Sabarimala is 72 kilometres from Pathanamthitta, 191 kilometres from Thiruvananthapuram, and 210 kilometres from Kochi. It is known as the ‘Sacred Abode of Lord Ayyappa’ and is a major Hindu pilgrimage site in the country. The traditional way to get to Sabarimala is via Erumeli (40 km.). Other routes from Vandiperiyar, Uppupara, and Chalakkayam via Plappally are available. These paths are well-known for their scenic beauty and mythological significance. Sabarimala – The holy site is nestled in the mountainous terrains of the Western Ghats, amidst dense woods. Various wildlife species call it home. Millions of pilgrims from all over the country gather here during the most difficult festivals known as ‘VishuVilakku’ in April, ‘Mandalapooja’ in the months of VrichikamDhanu (November – December), and ‘Makaravilakku’ in mid January, coinciding with Sankramam.

This is the primary rest stop on the way to Sabarimala. It is also known as ThriveniSangamam, which means “three rivers meet.” Pilgrims can travel by train to Chengannur Railway Station and then by bus to Pampa. Chengannur is the nearest railway station.

Aranmula is a small temple town in Pathanamthitta District, surrounded by undulating green hills and encircled by the sacred river Pampa. The temple in this location is devoted to Lord Krishna. Aranmula is also well-known for its metal mirrors made of bell meta, which are referred as as ‘AranmulaKannadi.’ This is a one-of-a-kind art form that cannot be found anywhere else in the world. It is said that a celestial visitation inspired a window in this village to uncover a mysterious blend of bronze that could be waxed brightly into a crystal clear mirror.

The town is particularly well-known for the AranmulaVallamkali (Boat Race), which is held annually to commemorate the week-long Onam festival. The thrilling event begins in the afternoon, and each snake boat is thirty feet long, with four helmsmen, a hundred rowers, and twenty-five singers. VasthuvidyaGurukulam is a one-of-a-kind institution dedicated to traditional Indian architecture and mural art. It is a school established by the state Cultural Department and is located at Aranmula, 16 kilometres from Pathanamthitta town. The gurukulam’s major goal is to preserve and promote vasthuvidya and mural art.

Konni, a highland town, is well-known for its timber commerce and wild elephant training centre. This lovely village with lush meadows and hills sits on the banks of the Achakovil River. It is bordered by plantations of cloves and peppers. Elephants captured in the forest are also tamed here. Konni, with its huge expanse of lush green forests, is the eco-tourism hub of Pathanamthitta district, which includes an elephant project at its heart. The project includes an elephant kraal (shelter), a photo gallery, modern elephant shelters, an elephant museum, stores selling forest food, a children’s park, a biogas plant, and a paper-making unit, all of which provide visitors with unique experiences.

The Kadammanitta Devi Temple is well-known for its ten-day-long Padayani performances, which take place in conjunction with the yearly festival in April/May. The temple is roughly 8 kilometres from Pathanamthitta town.

The Perunthenaruvi Waterfalls are a natural fall that cascades down a rocky road into a 100-foot-deep valley. The thundering waves of Perunthenaruvi Falls are best appreciated during the monsoon season. The name translates to “huge honey stream,” and it has become a popular picnic spot in the Pathanamthitta district. The nearest railway station – Thiruvalla – is around 44 kilometres away.

AyiroorCherukolpuzha is a Hindu religious convention held at Cherukolpuzha on the banks of the River Pamba every year in February. This well-known convention draws a big crowd and is addressed by important religious professors and cultural figures.

Kozhencherry is a trading centre and thriving agricultural market located 13 kilometres from Pathanamthitta on the left side of the Pamba river. Maramon is located on the right bank of the Pampa River, near Kozhencherry. The Maramon Convention, one of Asia’s largest Christian conventions, is held yearly in February at Maramon, Pathanamthitta, on the broad sand-bed of the Pampa River near to the Kozhencherry Bridge. Religious intellectuals and Christian experts from all around the world have addressed it.

Mar Ignatius Elias III, the holy patriot of Anthiod, died here in 1932 while on a journey to India. His mortal bones are kept in Manjinikkara church. Later, this location became a pilgrimage site. In February, the yearly festival (ormaperunnal) is celebrated. It is located 13 kilometres from Pathanamthitta on the left bank of the Pamba River and serves as a commerce centre and thriving market for agricultural commodities.

Parumala (10 km from Thiruvalla): On November 1st and 2nd, the Ormaperunnal (commemoration day) of Mar Gregorios Metropolitan, the declared saint of the Malankara Orthodox Church, is commemorated.

The Malankara Marthoma Syrian Church’s headquarters. TheSreeVallabha temple at Thiruvalla is maybe the only one in Kerala where Kathakali is performed as a daily ceremonial offering.

It is famed for having the world’s oldest church, which is thought to have been erected in 52 AD by Saint Thomas the Apostle. The mural paintings at the Paliakara Church are beautiful.

The Kaviyoor Mahadeva temple, built in the early years of the 10th century, is one of Kerala’s oldest Mahadeva temples. The donations that were presented to this temple are mentioned in the KaviyoorShasanas of 950 A.D. However, the ‘Darusilpas’ visible around the temple are thought to date from the 17th century.

As the son of the Raja of Pandalam, SreeAyyappa, the presiding deity of Sabarimala, had his human journey here. Pandalam is perhaps second only to Sabarimala as a holy town. The Sabarimala shrine inspired the Valiyakoikal Temple, which is located close the palace on the banks of the Achenkovil River. Pilgrims frequently stop here to pray before continuing on to Sabarimala. The sacred ornaments of SreeAyyappa are carried in procession from Pandalam to Sabarimala three days before the Makaravilaku festival.

Sree Shakthi Bhadra, author of AscharyaChudamani, was also born in Kodumon. The water from the Chilanthikinar (well) on the temple grounds is said to cure skin problems. Pathanamthittatown is 15 kilometres away. This temple’s Mahalakshmi is worshipped by all people, regardless of caste or creed.

The memorial to MuloorS.PadmanabhaPanicker(1869-1931), a notable social reformer and poet, is located at Elavumthitta, 12 kilometres from Pathanamthitta town. The State Government’s Department of Culture has preserved his residence in Elavumthitta as a monument to him.

It is 13 kilometres from Adoor. VeluthampiDalawa, Travancore’s legendary independence fighter, spent his final days here. There are some excellent stone sculptures at the ancient Bhagavathy Temple here. The festival is held each year in February/March. Here is housed the Kerala Institute of Folklore & Folk Arts.

The best time to visit is between November and March. The weather is nice, so you may go outside and explore. The coldest month of the year is January. Fog is typical in the early morning hours.

How to Reach Pathanamthitta

Instead of Pathanamthitta you can a get a train to Thiruvalla or Chengannur on regular basis.

There are regular buses from other major cities of the State to Pathanamthitta.