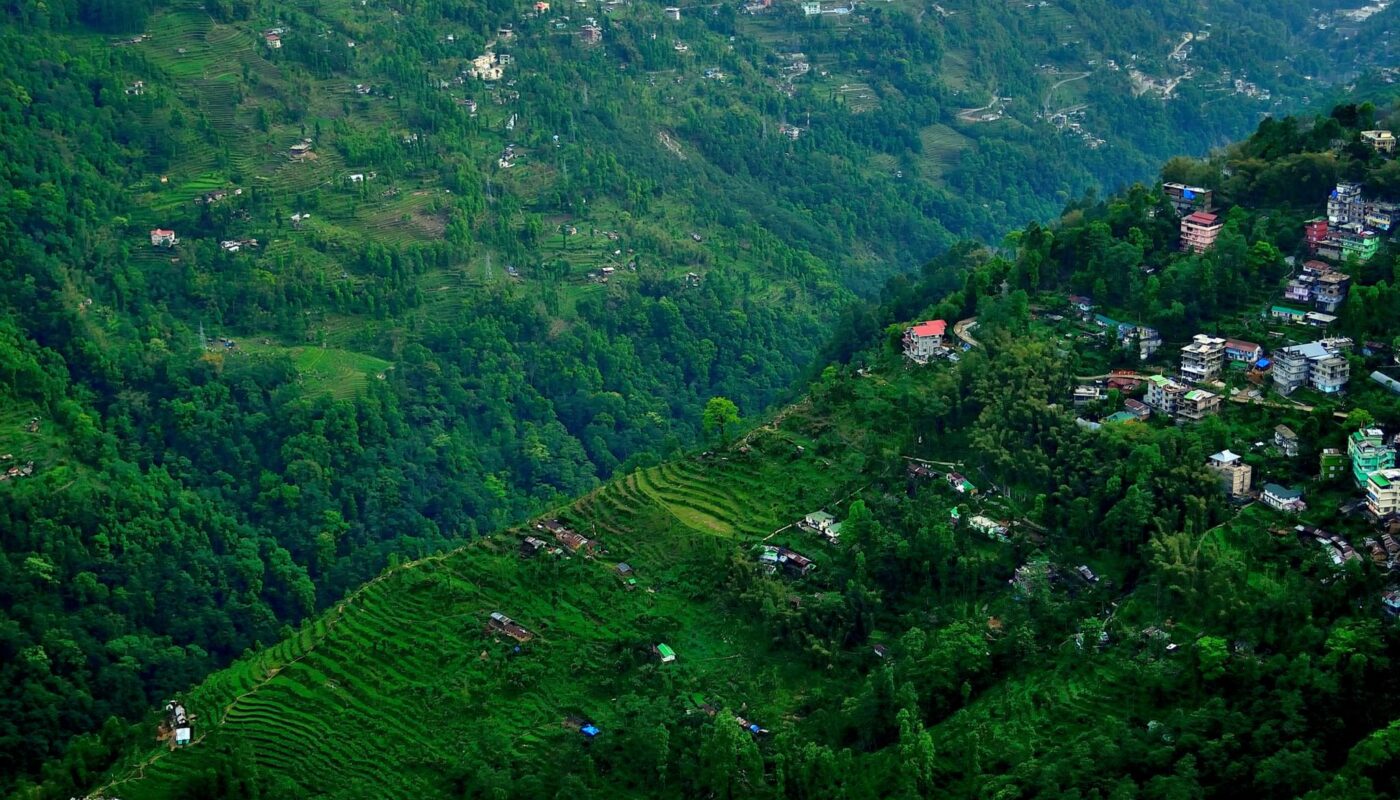 Sikkim is a state in northeast India that shares borders with Bhutan, Tibet, and Nepal. The area, which is part of the Himalayas, has a dramatic landscape that includes India’s highest mountain, 8,586m Kangchenjunga. Sikkim also has glaciers, alpine meadows, and thousands of different types of wildflowers. Steep paths lead to hilltop Buddhist monasteries dating back to the early 1700s, such as Pemayangtse. The drive to Sikkim is scenic and relaxing. As you climb, you’ll come across zigzag roads with the Teesta River on one side and picture-perfect mountains on the other. Sikkim has a good public bus system as well as a private bus system. Taxis can be hired for local transportation, and shared cabs are also available. Gangtok, the capital of Sikkim, is well connected by road to Bagdogra, New Jalpaiguri, and Guwahati. Sikkim’s improved connectivity with the rest of the country, despite being landlocked with other sister states in the North-East, has resulted in a large number of tourists visiting each year. This place is lovely, but the people of Sikkim are even more so. You will be able to experience some truly exceptional hospitality from this establishment.

Sikkim is best visited between March and May, or between October and mid-December. If you want to see Gangtok’s blooming natural beauty, the best time to visit is in the spring, from March to May. Autumn, on the other hand, brings a clear view of the Himalayan Mountains.

How to Reach Sikkim

Sikkim, one of the northeastern jewels, is a beautiful state oozing charm, colour, culture, and lifestyle with its unrivalled destinations and attractions. This must-see destination in India is easily accessible by air and road; however, roads are preferred for viewing the rich emerald hills and more spectacular natural beauty. The major modes of transportation to reach Sikkim are listed below.

The drive to Sikkim is scenic and relaxing. As you climb, you’ll come across zigzag roads with the Teesta River on one side and picture-perfect mountains on the other. Sikkim has a good public bus system as well as a private bus system. Taxis can be hired for local transportation, and shared cabs are also available. Gangtok, the capital of Sikkim, is well connected by road to Bagdogra, New Jalpaiguri, and Guwahati.

Best Places to Visit in Sikkim

You can plan your trip perfectly by looking at the top ten places to visit in Sikkim listed below.

Gangtok is the capital city of Sikkim, and its beauty justifies its status as one of the state’s most important cities. Beautiful, exuberant, and adorned with clouds all over. Sikkim is endowed with the kind of cultural and historical significance that Gangtok adds to the state’s pride. If you want to see the majestic Mt. Kanchenjunga, you must fly to Gangtok while exploring Sikkim. If you visit Gangtok between March and mid-May, you will be greeted by the fragrance of Rhododendrons spread throughout the city. Gangtok is regarded as one of India’s most beautiful hill stations. This city is a perfect blend of cultural, scenic, and modern elements. If you want to go to a religious site, you should go to Enchey Monastery, Ganesh Tok, Do Drul Chorten Rumtek Monastery, and so on. Visit Ganeshtok and Tashi viewpoints, for example, if you want to get an aerial view of the city.

Tsomgo Lake is located approximately 40 kilometres from Gangtok’s main city. This breathtaking glacier lake is one of Sikkim’s most popular tourist destinations. Tsogmo literally translates to “Source of Water.” This captivating lake is one of India’s highest altitude lakes, adding to the beauty of Sikkim. Tsomgo Lake reflects the massive views of snow-clad mountains surrounding it, making your trip to Sikkim that much more memorable. Primulas, yellow and blue poppies, Irish, Yaks and Ponies, and migratory ducks – Brahmini – are among the flora and fauna found at this location. It is recommended that you plan your trip to Tsogmo Lake in the early morning hours because it gets dark and the roads are not well laid out. The best time to see snow is from January to March, and the best time to see Rhododendrons and Orchids is from April to May. It is only 2 hours from Gangtok and will provide you with an exciting experience around the lake.

Nathula Pass is approximately 53 kilometres from Gangtok’s main city. This location is not only one of the best tourist destinations in Sikkim, but it is also a politically significant location in Sikkim. The Nathula Pass connects India and Tibet, resulting in a mingling of Indian and Tibetan culture around this location. There is a well-known border trade market called Sherathang where you can purchase a sovereign for yourself and your friends. You can even buy Tibetan items from this bustling market. There is a place near Nathula Pass called Kupup that is always cloudy, and visiting it may be a one-of-a-kind experience for your trip to Sikkim.

Traveling is the aptest way of cultural exchange. The way it teaches you about the new culture, it can’t be taught by any book, video, or any other way. Kanchenjunga Base Camp is one of the ways to relish the trues essence of Sikkim culture. It is like experience the entire state through a journey that will lead you to around a height of 14,000 ft. above sea level. Kanchenjunga is the world’s third-highest peak and going on a camp to the base of this mighty mountain can surely give you a thing to brag about. The trek to Kanchenjunga starts from Dzongri which is the last road lay around this peak. Adventure lovers will surely enjoy their experience at this thrilling base camp which is nestled so close to India-China Borders.

Traveling is the most effective method of cultural exchange. It teaches you about the new culture in a way that no book, video, or other medium can. One way to experience the true essence of Sikkim culture is to visit Kanchenjunga Base Camp. It’s like experiencing the entire state on a journey that will take you to a height of around 14,000 feet above sea level. Kanchenjunga is the world’s third-highest peak, and going on a camp to the base of this mighty mountain will undoubtedly provide you with something to brag about. The trek to Kanchenjunga begins at Dzongri, the last road that circles the peak. Lachen will provide you with the most peaceful experience, Lachung is ideal for enjoying snow, and Yumthang is the place to be if you want to take in the beauty of Sikkim’s flower valley.

Goechala is a mountain pass that has long been a favourite of adventurers and trekkers. This is well-known for hiking and skiing, which satisfy the soul of a traveller who arrives in Sikkim in search of some adrenaline rush experiences. Even if you are not a big fan of trekking and hiking, you can still enjoy the magnificent views of Mt. Kanchenjunga from this enticing location.

Pelling is the second most popular tourist destination in Sikkim, after Gangtok. It attracts thousands of visitors looking for peace in the midst of nature and to be surrounded by breathtaking views. This town is a haven for hikers and peace seekers. Pelling is easily accessible from other major Sikkim attractions such as Gangtok and Darjeeling, which are approximately 131 km and 73 km away, respectively. When planning a trip to Pelling, make sure to visit between December and May, as this is the best time to visit. If you visit this enticing town during these seasons, you can enjoy winter, spring, and summer. Never pass up the opportunity to sample delectable North-Eastern cuisine in Pelling.

Zuluk is one of the best offbeat locations in Sikkim, capable of captivating visitors with enthralling views of mountains all around it. Nag Temple is a pristine and one-of-a-kind temple dedicated to Nag Devta (Snake God). It has a King Cobra idol and is shaped like a den or cave, giving the impression of entering a snake hole. Other major attractions in Zuluk include magnetic views of snow-capped Mt. Kanchenjunga and Thambi View Point, which are visited by the majority of visitors who arrive in Zuluk. Make sure to include this stunningly beautiful and scenic town on your list of places to visit in Sikkim when visiting this perplexing state.

Gurudongmar Lake resembles Pangong Tso Lake in Leh in appearance. This tranquil lake’s bright turquoise tint, combined with the vibrant culture of the North-East that surrounds it, makes it one of the best places to visit in Sikkim. This enticing lake is located at an elevation of 17,800 feet above sea level. The most appealing feature of Gurudongmar Lake is that it is revered by three religions: Hindus, Sikhs, and Buddhists. Yaks and Blue Sheep are two rare species that can be found in this part of Sikkim. 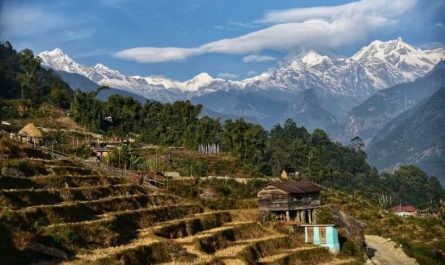