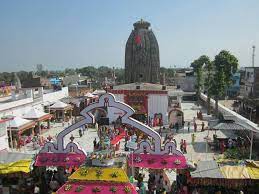 Bihar‘s Aurangabad district is one of the state’s thirty-eight districts. It now forms part of the Red Corridor. Because of its mostly Rajput population of the Suryavanshi lineage, Aurangabad is frequently referred to as the “Chittorgarh of Bihar.” Aurangabad has only ever chosen Rajput MPs since the first Indian national elections in 952. The Mauryans, Guptas, and Gahadavalas (locally spelled “Gadhwal, Gaharwal in Bihar”) are among the other familial groups represented in Aurangabad.

The Bihar’s district Aurangabad is home to a plethora of tourist attractions. The neighbourhood is home to magnificent temples, historical sites, and Islamic pilgrimage spots. Excellent road connectivity and efficient local transportation have enhanced tourism in Aurangabad. As a result, the number of tourists visiting the area has significantly increased. From October to March, which is considered the finest season to visit Aurangabad, touring around the area would be a wonderful experience. Continue reading to learn about the sites to visit in Aurangabad.

Deo is a 10-kilometer drive southeast of Aurangabad and is home to the well-known Sun Temple. The temple is thought to have been built in the 15th century by Bhairvendra Sing, a Chandravanshi monarch of Umga. It stands 100 feet tall and has an umbrella-like top. The essential ritual of worshipping the Sun God and bathing in the Brahma Kund dates back to King Ayel’s reign. Every year, during the Chhath festival, thousands of pilgrims congregate on the temple grounds to worship the Sun God.

Deo Kund is a significant historical site and one of the most popular tourist destinations in Aurangabad. Deo Kund, located 10 kilometres southeast of the Aurangabad-Jehanabad border, is home to an old Shiva temple. During Shivratri, thousands of people flock to this shrine. According to a tradition associated with Deo Kund, Chyawan Rishi sought refuge at this temple.

Umga is a popular tourist destination in Aurangabad. A Vaishnava temple is housed in the pilgrim centre, which is located 24 kilometres east of the city. In terms of architecture, the temple is similar to the Sun Temple erected in Deo. The majestic Vaishnava temple, which houses deities of Lord Ganesha, Sun God, and Lord Shiva, is created with square granite blocks. This temple will undoubtedly be of interest to archaeologists and historians.

Amjhar Sharif is religiously significant since it is a prominent Islamic pilgrimage site in Aurangabad. Amjhar Sharif, about 10 kilometres from Panchrukhia on the Daudnagar-Gaya Road, is the home of an ancient mazaar (grave) of a Muslim saint – HazratSaiyadana Mohammad Jilani AmjhariQuadri. Thousands of Muslims attend this pilgrimage site during the great saint’s anniversary, which is observed in the first week of June. On this day, the saint’s sacred hair is displayed.

Migrants from Rajasthan had an important part in the history of Aurangabad during the mediaeval and modern ages. The ruins of historic forts at Pawar, Mali, and Chandangadh are supposed to have been built by lords from Rajasthan. For intrepid archaeologists, a visit to these sites will be thrilling.

Piru is another ancient tourist attraction in Aurangabad. It was known as Pritikoota in ancient times and was the birthplace of Banbhatta, a renowned poet and the State Chronicler of King Harshwardhana.

Siris, another interesting tourist destination in Aurangabad, was a pargana during the reign of Sher Shah and the Mughal Empire. Over the years, the location became a playground for King Narayan Sing and several unsung heroes of the 1857 Revolt. Siris also has a mosque that was erected during the reign of Aurangzeb.

From October to March, which is considered the finest season to visit Aurangabad, touring around the area would be a wonderful experience. Continue reading to learn about the sites to visit in Aurangabad. Deo: Deo is a 10-kilometer drive southeast of Aurangabad and is home to the well-known Sun Temple.

How to Reach Aurangabad Bihar

Aurangabad is a town in north-eastern India, on the national route 02 (Grand Trunk Road) near its intersection with the national highway 98. Bodh Gaya, 70 kilometres (43 miles) to the west, is the next big town.

Some of the major stations/routes from which frequent bus service to and from Aurangabad (Bihar) is accessible include:

The nearest railway station is Anugrah Narayan Road (AUBR), which is around 09 kilometres from Auragabad City. The major highways connecting Aurangabad to Patna, Daltonganj, New Delhi, and Kolkata are NH-139 (Old NH-98) and NH-19 (Old NH-02).

Bihar is not well connected to the rest of the country’s major cities via regular flights. The nearest airport is in Patna, which is 61 kilometres away.