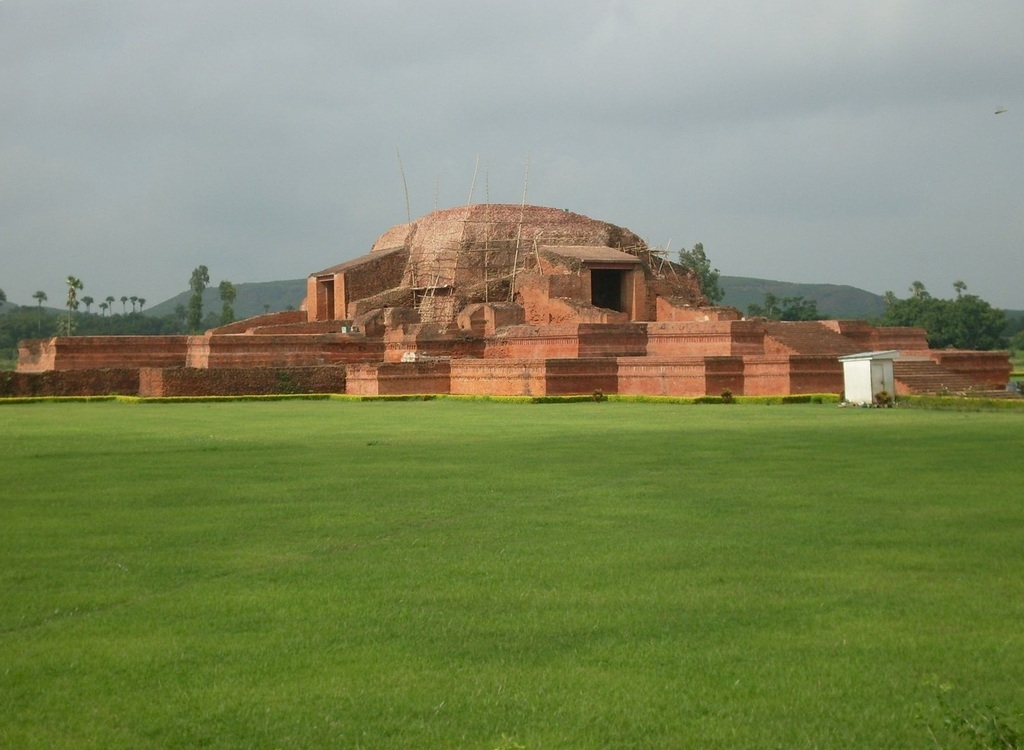 Bhagalpur division village is an administrative geographical unit in the Indian state of Bihar, with Bhagalpur serving as the division’s administrative seat. Bhagalpur is a city in Bihar’s southern area. It is one of Bihar’s oldest districts, located at 141 feet above sea level in the Ganga basin. The city covers a total area of 2569 square kilometres. It is located between 25° 07′ and 25° 30′ north latitude and 86° 37′ and 87° 30′ east longitude. Munger, Khagaria, Madhepura, Purnea, Katihar, and Banka districts in Bihar, and Godda and Sahebganj districts in Jharkhand, surround the district.

Best Places to Visit in Bhagalpur

Mandar Hills (50 km), steeped in legend and filled with breathtaking scenery, reveals the 800-foot-high granite hill. Mandar is linked with amritmanthana, implying that the hill was used by the gods to churn the ocean in order to obtain amrit. Basukinaga, the serpent, offered to serve as the rope and has left an impression of the coil on the granite hill. Panchjanya, the conch shell used in the Mahabharat War, is said to have been discovered in the Sank kund. The puranas relate to different sacred spots on the hill, which is also thought to be Vishnu’s residence as Madhusudana or the destroyer of a monster called Madhu, who was killed by Vishnu and subsequently covered by the Mandar hill. Kalidasa’s kumarasamahava alludes to Vishnu’s footprints on Mandar’s slopes.

The hill is littered with antiquities from bygone eras. There are numerous rock cut sculptures showing diverse Brahmanical images, in addition to inscriptions and statues. The peak is also treasured by Jains, who believe that their 12th Tirthankara gained enlightenment on the hill’s summit.

Dharmapala (770-810 A.D.), the devoted Pala monarch who loved to name himself Paramasaugata (chief worshipper of the Buddha) and was a big promoter of Mahayana Buddhism, founded the royal university of Vikramsila, 38 kilometres from Bhagalpur. Two factors influenced Dharmapala’s decision to create Vikramsila University.

For starters, the rocky hillock at Vateshwarasthan was not only a scenic attraction but also a popular tantric site, as evidenced by the presence of a Kali temple (rather than Parvati’s) in front of Shiva temple, as well as various other caves and rock cut sculptures dating back to the 6th century A.D. Second, the location was associated with pilgrimage because of Uttarbahini, which attracted vast people during Varsavardhana. Unlike Nalanda, information on Vikramsila is confined to Tibetan literature, which lead us to assume that Dharmapala was an accomplished acharya, Kampilya, who had acquired siddhi or perfection in Mahayana mudra mysticism here and was eager to create a monastery one day.

An Siddha Kshetra is Shri ChampapurDigamber Jain Siddha Kshetra (Place of Salvation). It is a very old and historic TeerthKshetra. Shri ChampapurDigamber Jain Siddha Kshetra is in the village of Nathnagar, in the district of Bhagalpur, Bihar. By road, it is 3.5 kilometres from Bhagalpur and 270 kilometres from Patna. Champapur is the world’s only ‘PanchKalyanakaKshetra’ that is related to PanchKalyanaka:– “(i) Garbha, (ii) Janma, (iii) Tapa, (iv) Gyan and (v) Moksha” of 12th Tirthankara BhagwanVasupujya (The first ascetic saint).

In the 1780s, Tilka Majhi was the first Paharia leader to take up weapons against the British. The British surrounded the Tilapore forest from which he operated for several weeks, but he and his troops kept them at bay. When he was apprehended in 1784, he was tied to the tail of a horse and hauled all the way to the collector’s house in Bhagalpur, Bihar. His lacerated body was hanging from a Banyan tree there. After Indian independence, a statue to the brave commander was erected near the residence of S.P. Bhagalpur and called after him “TILKA MANJHI CHOWK.” Also named after him is the Bhagalpur University, “TILKA MANJHI BHAGALPUR UNIVERSITY.”

Lord Sadguru Maharshi MehiParamhansji Maharaj was a Sant related to Kabir and Nanak. He was a God-realized Soul who had gained perfection. His spirit-force was always engulfed in the Logos, and He bore all the markings of a Sant.

Best Time to Visit in Bhagalpur

The best season to visit Bhagalpur is from December to February, when the weather is pleasant and cool enough for lengthy hikes and general sightseeing.

How to Reach Bhagalpur

By road and train, Bhagalpur is well connected to the rest of the country.

The railway network connecting Bhagalpur Junction to most of India’s main towns is located between the Howrah Kiul loop-line, which serves Bhagalpur with a large number of trains. It is Bihar’s third busiest line. This route sees about 100 pairs of express trains and 40 pairs of passenger trains. Bhagalpur Railway Station is an A1 category station. It generates the most revenue for the Malda Rail Division.