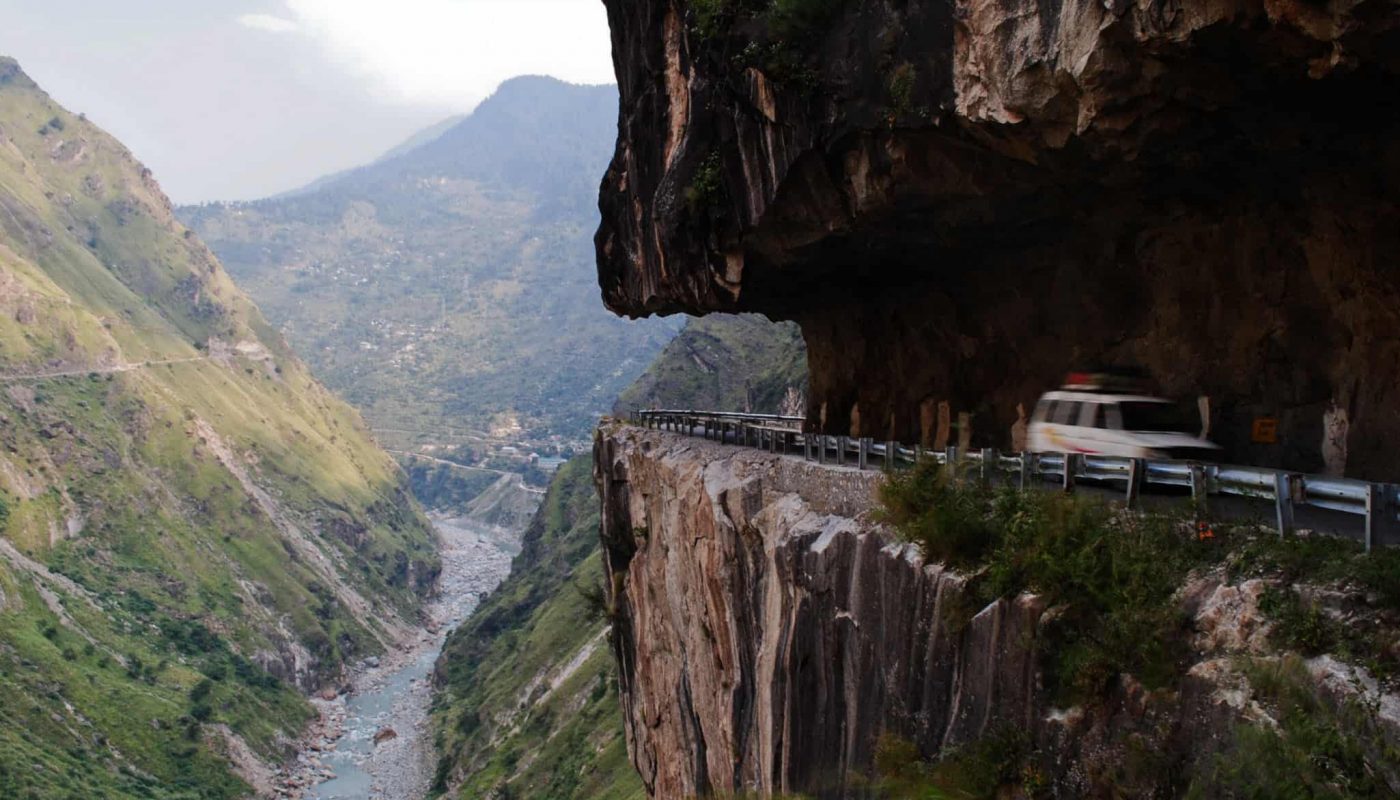 Kalpa is located at an elevation of 2759 metres above sea level on the old Hindustan Tibet Road, 260 kilometres from Shimla. Previously, it served as Kinnaur’s District Headquarter. It is 14 kilometres and a half-hour drive from the district headquarters in ReckongPeo. It has all of the hallmarks of a heritage village. Kalpa rose to prominence during the presence of British Governor General Lord Dalhousie in the nineteenth century. The Narayan-Nagani temple exemplifies indigenous craftsmanship. Kalpa has a couple of Buddhist monasteries, including the Hu-Bu-Ian-Car Gompa, which is supposed to have been founded by Rinchensang-Po (950-1055AD). Kalpa is strikingly placed towards the base of the 6050-meter-high Kinner Kailash. This is Shiva’s famous winter residence. This is a stunning picture early in the morning, as the rising sun casts scarlet and gold light over the snowy peaks.

ReckongPeo is located 235 kilometres from Shimla at an elevation of 2670 metres above sea level. It is the District Headquarters, and it has a panoramic view of Kinner Kailash. Kinner Kailash mountain is regarded as one of Lord Shiva’s fabled residences; here is a 79-foot-high rock structure that resembles Sivalinga. This Sivalinga’s colour changes throughout the day. The summit of Raldang can also be seen from the stretch (5499 m). There are numerous motels and rest stops in ReckongPeo. In the ReckongPeo, there are Buddhist monasteries.

Sangla, a populated village on the right bank of the Baspa river, is famed for its high fertile soil and is located at an elevation of 2621 m above sea level, 17 kilometres from Karcham. It is situated on a hill, with the house rising one above the other, with the massive Raldang peaks towering behind it. The surrounding forest scenery is beautiful, as are the perpetual snow peaks. The journey from Karcham to the end of the valley is enjoyable and exciting. The natural beauty all around, as well as the view of the eternal snow, are gorgeous and charming. It is situated in the well-known Baspa valley. The Baspa valley as a whole is one of the most beautiful valleys, owing to its flat terrain and green foliage on the slopes that are not too steep.

It is located 3 kilometres above the Hangrang valley road and 119 kilometres from Kalpa in the western direction of the massive Pargial mountains. This is the highest village in the valley, and the presence of a lake formed from the masses of ice and snow above adds to the village’s attractiveness. The lake is surrounded by willows and populars. Yaks, kine, horses, and asses are abundant here. The local village deity is Deodum, and there is another Lagang temple with multiple idols here. For visitors, there is a hut where they can stay. There are a few modest but important Buddhist temples, and a rock is said to bear the impressions of the saint Padmasambhava. This is the starting point for the hike up Pargial Peak, as well as a stop on the way to the Thashigang monastery, where an image is said to grow hair.

Kothi, also known as Koshtampi, is an ancient major village in Tehsil Kalpa, a bit below Kalpa and close to ReckongPeo. The community is surrounded by fields and fruit trees, which are interrupted by vineyards. Kinner Kailash peak, which presents a wonderful backdrop, casts a shadow across it. The community, with its gorgeous temple, tanks, and gentle willows, creates a lovely landscape. In the settlement, there is a temple dedicated to the goddess ShuwangChandika. The locals venerate the goddess and consider her to be one of the most powerful goddesses. There is a representation of gold seated in an ark. It is danced up and down by four people during worship. Another temple devoted to Bhairon exists.

This is the valley’s final and highest village. It’s on the right bank of the Baspa River. From Karchham, there is a road that runs along the left bank. There are three temples dedicated to the local goddess Mathi, the largest one of which is supposed to have been built some 500 years ago by a Garhwal inhabitant. The goddess’s square ark is built of walnut wood, covered in garments, and topped with a tuft of yak tail. Two poles known as bayanga are placed into it and used to carry it. The goddess is equipped with a mouthpiece.

Although any time of year is a good time to visit Kinnaur, the spring and summer seasons are said to be the greatest. The months of April to October are mild and pleasant, making them ideal for local sightseeing. Monsoons and winters should be avoided if you are unable to cope with adverse weather conditions.

How to Reach Kinnaur

Kinnaur’s District Headquarters, Reckong Peo, is 235 kilometres from Shimla. The most convenient communication network to Kinnaur is National Highways -22. Jeeps and taxis are the finest ways to go to Kinnaur for those who can afford it. A lumpsum contract for the whole period would be the least expensive choice for a round journey with a set schedule. It is better to make a per day arrangement for a certain time period if you are travelling on a flexible schedule and want to include treks and excursions to valleys off the main route.

Alternatively, take one-way taxis to Kalpa or Reckong Peo and rent additional cabs on the spot. Buses run on a regular schedule, except in the winter and early spring, when road conditions sometimes necessitate significant delays.

The Himachal Pradesh Transport Corporation operates a variety of buses that travel to various locations in Kinnaur. On the Satluj valley route, there is just one direct service from Shimla to Kaza, which takes 24 hours. At least four bus routes connect Reckong Peo and Shimla every day in Kinnaur, with additional services to Nichar, Sangla, and Pooh.

Day trips inside Kinnaur are also possible, albeit they are less reliable than the long-distance routes. Because the journey to Kinnaur is so dangerous, caution should be exercised when driving. Many spots along the Satluj river have long suspension bridges that connect the two banks. Following the August 2000 flash floods, the road conditions are not ideal. Because of the possibility of roadblocks in certain areas throughout the winter and rainy seasons, it is usually a good idea to gather information on the road conditions before setting off on a journey during these months. During the winters and springs, the alternative road from Manali to Kaza-Recong Peo is blocked.

Kinnaur does not have a direct flight, and the nearest airport is Shimla, which is accessible from Delhi.