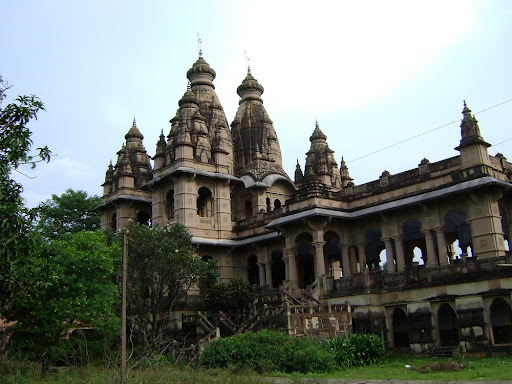 Godda is a town in the Godda subdivision of the Godda district in the Indian state of Jharkhand, with a municipality. It is the administrative centre of the Godda district. The Rajmahal coalfield near Lalmatia is the most notable feature of Godda. It is a region of Jharkhand and is renowned for its tiny woods and hills. The mine located here is a part of the ECL coalfields and is one of the largest in Asia.

Best Places to Visit in Godda

It is located in Lakhanpahari hamlet, about 2 kilometres from Pathergama, and has a religious significance. According to folklore, Lord Shiva began Tandava Nirtya while carrying Sati’s burnt body, and wherever a limb of Sati dropped, a temple of Shakti arose in due order. Sati Uma’s thigh is said to have fallen here during the operation. With intense devotion, a symbolic stone imprint is worshipped. Tuesday and Saturday are considered fortunate days, and thousands of devotees travel long distances to attend. The shrine exudes a supernatural sublimity that gives worshipers peace of mind and restores their faith.

This location is 12 kilometres from the Pathergama Block headquarters, which was occupied by Raja Basant Rai. There was a large tank on 50 acres of property. According to folklore, no one has ever crossed the tank from one end to the other, whether by swimming, elephant, or boat. If someone dared to do so, he would discover that he had enciected his feet and pulled himself down to the watery grave. It is also claimed that the tank was invited on the occasion of weddings or other social occasions, and individuals in need of utensils for the occasion may mysteriously obtain them from the tank’s water. Having served their purpose, these materials were obligated to be returned to the tank, failing which they would experience tragedy or misfortune.

This notion is still regarded sacrosanct by Hindus, and a large MELA (fair) is conducted on its bank for 15 days beginning with the Chaita Sankranti holiday on April 14th.

Sundar dam is the largest irrigation project in this area, built on the Sundar river near Rajabhitha hamlet, north-east of Pathargama, and is a popular tourist destination. The dam, which is 75 feet deep, was built between 1970 and 1978.

This tank was built by Fredrick Max Muller and is located at the district headquarters.

Best Time to Visit in Godda

From mid-March to early May is the finest time of year to visit Godda for hot-weather activities.

How to Reach Godda

The coordinates for Godda are 24.83°N 87.22°E. It is 77 metres above sea level on average (252 feet). Godda district is one of Jharkhand’s twenty-four districts in eastern India. It is located in the state’s northeastern region.

It is located in the state’s northeastern region. The geographical region that currently makes up Godda district was once part of the Santhal Parganas district. Godda town is the administrative centre of Godda district.

Birsa Munda Airport in Ranchi, Jay Prakash Narayan Airport in Patna, and Netaji Subhas Chandra Bose Airport in Kolkata are all close by.

Hansdiha is the closest train station. The Godda halt, on the other hand, is now under construction. The stoppage is expected to be finished by the end of the year.

To the west, Bhagalpur, to the north, Sahebgang, and to the south, Dumka.

ChaloGhumane.com > Jharkhand > Godda > 4 Most Beautiful Places to Visit in Godda