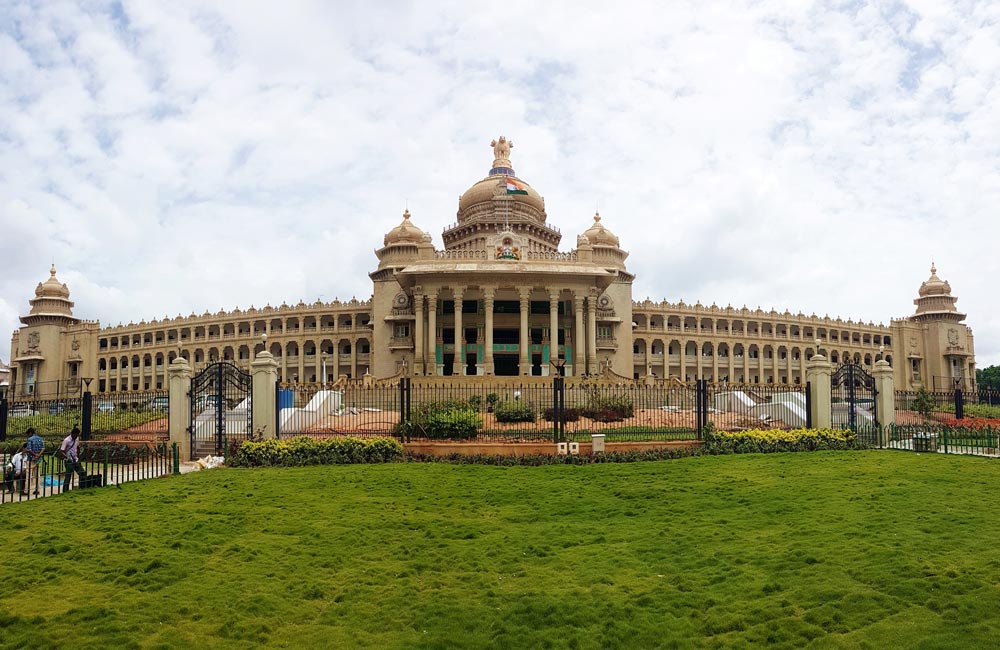 Bengaluru (also known as Bangalore) is the capital of India’s Karnataka state in the south. The city is recognised for its parks and nightlife, as well as being the heart of India’s high-tech industry. Vidhana Soudha is a Neo-Dravidian legislative edifice in Cubbon Park. The 19th-century Bangalore Palace, which was designed after England’s Windsor Castle, and Tipu Sultan’s Summer Palace, an 18th-century teak building, are both former royal palaces. Because it is India’s largest information technology (IT) exporter, Bangalore is known as the “Silicon Valley of India” (or “IT capital of India”). The city is home to a number of Indian technology companies.

Best Places to Visit in Bengaluru

The Cubbon Park, formally known as Sri. Chamarajendra Park, is a historic park in the city’s Central Administrative Area. The park surrounds the State Legislature building, the Vidhana Soudha, the High Court Buildings, the Attara Kacheri, and a number of other institutions located on the park’s edge and within the park, which comprise the Central Administrative Area.

Cubbon Park has been there for over a century. Sri John Meade, the serving Commissioner of Mysore at the time, founded it in 1870. Major General Richard Sankey, the State’s Chief Engineer at the time, designed the park’s extensive terrain. As a tribute to Sri John Meade, the park was previously known as “Meade’s Park” before being renamed Cubbon Park. Since its start, the park has been developed and improved through the addition of additional structures and attractions. To honour the Silver Jubilee of Sri. Krishnaraja Wodeyar’s tenure in Mysore State, the park was formally renamed “Sri. Chamarajendra Park” in 1927. Cubbon Park is managed by the Department of Horticulture. The Deputy Director of Horticulture (Cubbon Park) is in charge of the park’s administration and upkeep.

Hare Krishna Hill is the hill on which this temple is built. ISKCON Bangalore is a humanitarian organisation whose mission is to spread Krishna Consciousness across the globe, as taught by Srila Prabhupada, whose teachings are based on the Bhagavad-Gita and Srimad Bhagavatam.

Muthyalamaduvu It is a tourist destination located 5 kilometres from Anekal, Karnataka. The location is well-known for its waterfall and the stunning mountain ranges it views. Water from the waterfall cascades over the flora of the area, giving the impression of a string of pearls, hence the name Pearl Valley.

Bannerghatta Biological Park is around 22 kilometres south of Bengaluru. It has several sections such as a zoo, a safari, a butterfly park, and a rescue centre (Conservation of Captive animals).

The Big Banyan Tree is a well-known tourist destination in Bangalore. It is, as the name suggests, a massive banyan tree found in Ramohalli. The picnic site, popularly known as Dodda Aladha Mara, is located 28 kilometres from Bangalore. The tree is well-known in the neighbourhood and spans three acres. It is about 400 years old and has a massive circumference of around 250 metres.

Tipu Sultan’s Summer Palace in Bangalore is an example of Indo-Islamic architecture and used as Tipu Sultan’s summer house during his reign as Mysore’s monarch. Hyder Ali began construction within the confines of the Bangalore Fort, and it was finished under Tipu Sultan’s rule in 1791. Following Tipu Sultan’s demise in the Fourth Anglo-Mysore War, the British Administration utilised the palace as its Secretariat until 1868, when it relocated to Attara Kacheri. The Archaeology Survey of India now preserves the palace as a tourist attraction in the heart of Old Bangalore, near the Kalasipalyam bus terminus.

Bengaluru Palace is located in the heart of Bengaluru, Karnataka’s so-called technology city. Between Sadashivanagar and Jayamahal is the palace. The palace, which is surrounded by lovely grounds, draws a great number of tourists. This is also a popular location for big events and cultural activities. The palace’s wooden construction, with magnificent carvings both inside and outside reflecting many architectural styles, is symbolic of the regal culture it represents.

For the last few years, the palace grounds have hosted a variety of cultural and social events, including marriage ceremonies, exhibits, musical concerts, and sporting activities. Within the palace complex is an amusement park called as Fun World. One-hour audio tours are offered in seven languages: English, French, German, Italian, Spanish, Hindi, and Kannada.

Best Time to Visit in Bengaluru

From October through February, the winter months in Bangalore are ideal for a visit.

How to Reach Bengaluru

Bengaluru Urban is well connected by an excellent bus network from the government to all cities in Karnataka as well as other cities like as Goa, Mumbai, and Pune. For both passengers and guests, the Karnataka State Road Transport Corporation offers a variety of bus options, ranging from ordinary to air-conditioned Volvo buses.

Bengaluru’s two major railway stations are Bengaluru City Railway Station and Yeswantpur Junction. Regular trains travel from Delhi, Mumbai, Pune, and other important cities to both railway stations. Namma Metro (with limited connectivity) is an intra-city rail network put up by the Bangalore Metro Rail Corporation for travel inside Bangalore.

Bangalore is well connected by frequent flights to and from Delhi, Mumbai, and the rest of India’s main cities. Global airlines fly into and out of Bengaluru International Airport, which is located approximately 40 kilometres from the city centre.