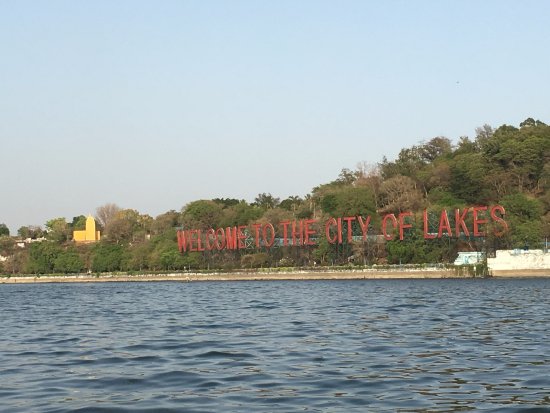 Bhopal is a city in Madhya Pradesh, a state in central India. It is one of India’s most environmentally friendly cities. The Upper Lake and the Lower Lake are the two primary lakes. Van Vihar National Park, on the shores of the Upper Lake, is home to tigers, lions, and leopards. Fossils, paintings, and rare Jain sculptures may be seen at the State Museum. With white domes, minarets, and a vast courtyard, Taj-ul-Masjid is one of Asia’s biggest mosques.

Best Places to Visit in Bhopal

Around 30,000 years ago, cave drawings were discovered. Humans used to live in rock shelters millennia ago. And the abundance of flora and animals that surrounds them truly makes Bhimbetka a gift from our forefathers.

A reduced forest area became Van Vihar National Park. This barren terrain was proclaimed a National Park in 1981 under the Wildlife Protection Act in order to restore and conserve the rich flora and fauna.

The winter months of October to March are ideal for visiting Bhopal. The weather is great for exploring and tasting the rich flavours of the grand city. The months of July to September are the second best for visiting the city.

How to Reach Bhopal

The primary airport of Bhopal is Raja Bhoj Airport, which is about 15 kilometres from the city centre in the Bairagarh suburban region on National Highway 12. Bhopal is well connected to other cities by numerous airlines and metros.

Bhopal Junction (Station Code: BPL) is Bhopal’s major railway station, serving the West Central Railways. It is located near Hamidia Road. Bhopal is connected to one of the two main Delhi-Mumbai railway lines, as well as the southern state capitals of Chennai, Hyderabad, Bangalore, and Thiruvananthapuram.

It is located on one of the two major railway lines between Delhi and Mumbai. The principal trains that travel by the station are the Dakshin Express, Punjab Mail, Goa Express, Tirukkural Express, Jhelum Express, Andaman Express, Kushinagar Express, and Jaipur Express. It also serves as the terminal of the Shatabdi Express, which runs between Delhi and Bhopal on a daily basis.

There are several bus routes (both private and public) to cities around the area as well as interstate.