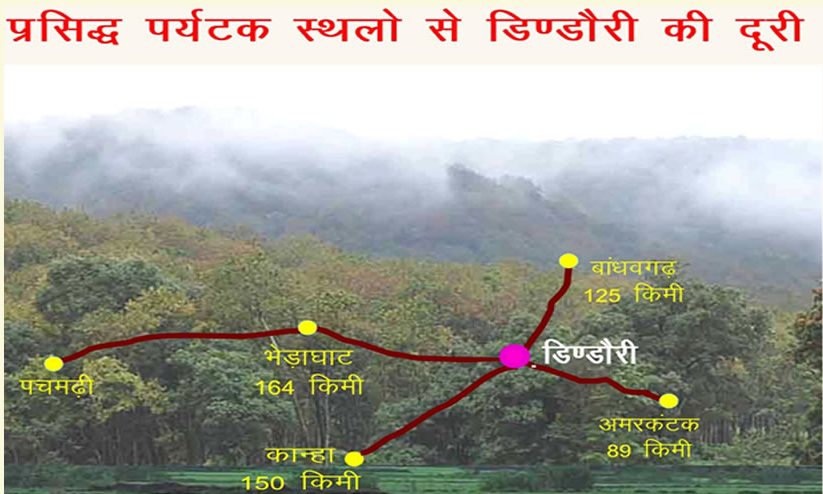 Dindori, historically known as Ramgarh, is a district headquarters and a nagar panchayat in Madhya Pradesh‘s Dindori district. Dindori is home to a number of historical and spiritual sites. Laxman Madva, Kukarramath, Kalchuri Kali Mandir, and others are spiritual sites.

Best Places to Visit in Dindori

Ghughwa National Fossil Park is located in the hamlet of Ghughwa, 70 kilometres from Dindori. It is located on 75 acres of land with beautiful and uncommon leaf and tree fossils just waiting to be discovered. This National Park has fossilised plants that lived in India between 40 and 150 million years ago.

Gymnosperms and Angiosperms Monocotyledons and palms have been discovered in petrified tree trunks. There are also some Bryophytes. The fossils date from either the Jurassic or Cretaceous periods, depending on when Pangaea split into Laurasia and Gondwana land.

The village of Karopani is a prime example of human-wildlife coexistence. Black bucks and spotted deer are common in Karopani, which is only 4 kilometres from the state highway No. 22 that leads to Amarkantak.

How to Reach Dindori

Dumna Airport in Jabalpur, which is 146 kilometres from Dindori, is the closest airport.

Jabalpur, Mandla, Bilaspur, and Shahdol are all nearby districts with good connections. Dindori is connected to Jabalpur and the Kabir Chabutra-Chhattisgarh Border via NH 45 Ext new. Dindori is connected to Shahdol, Mandla, and Balaghat through NH543 New. Buses run to all nearby and far-flung locations, including Nagpur, Bhopal, Mandla, Shahdol, Umaria, Amarkantak, and Jabalpur.