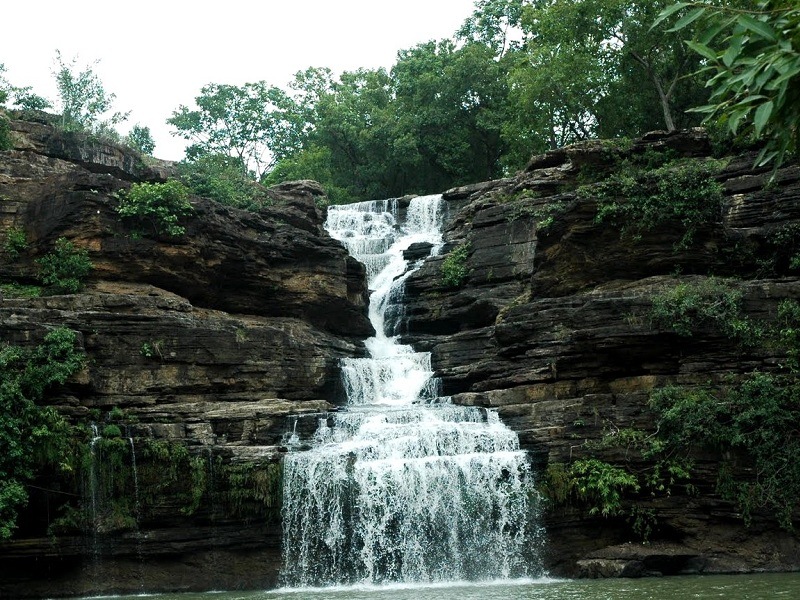 Panna is a city and municipality in the Panna district of Madhya Pradesh, India. It is well-known for its diamond deposits. It is Panna District’s administrative centre. Panna is known for its diamond mines, which stretch for roughly 80 kilometres across the town. The district of Panna is largely reliant on road transport. Panna is a lovely location nestled in a valley surrounded by forest and steep hills.

Best Places to Visit in Panna

Nachna Hindu temples, also known as Nachana temples or Hindu temples at Nachna-Kuthara, are among of the earliest surviving stone temples in central India, along with those at Bhumara and Deogarh. Its age is unknown, however based on their style and comparison to constructions that can be dated, some of the Nachna temples are dated to the 5th or 6th century Gupta Empire era. The Chaturmukha temple was built in the ninth century. These temples are examples of Hindu temple architecture in the North Indian style.

There are numerous water falls in the Panna District that are popular with tourists.

Panna district is famous for its local temples.

Brihaspati Kund is a natural crater in the Panna District of Madhya Pradesh, Bundelkhand. It is a famous tourism destination among locals. The distance from Panna is 25 kilometres, and the distance from Kalinjar Fort is 18 kilometres south.

Ajaygarh Fort is located 80 kilometres from Khajuraho. During the first half of Chandela’s reign, this fort was crucial. This fort is perched atop the Vindhya hills. The fortress has two entrances. There is a gate to the north of the fort and a Tharauni gate to the southeast. To reach the doors, it takes 45 minutes of difficult rock climbing. In the midst of the fort, there lies a lake called Ajay PalkaTalav. The remains of Jain temples are dispersed towards the lake’s end. Some ancient temples built on the lake’s banks can also be viewed. The fort’s major feature is three such temples that are decorated using the mathematical method. The Archaeological Department of India assumed responsibility for the upkeep of this fort some time ago. Even today, the fort of Ajaygarh, located on a flat mountain in the Vindhyachal mountain range, remains a magical and focal focus of fascination for visitors.

Baldevji Temple is a gothic structure inspired by Roman architecture. The temple comprises of a vast hall called Maha Mandapa, which is placed on an elevated platform and can be seen from outside the main gate. Shri Baldevji’s lovely picture is made of black shaligrami stone. Baldevji temple is one of the best temples in the area, representing the pinnacle of Panna architecture. Temple Timing Daily:

Raja Hindupat Singh, the fourth Bundela King of Panna, built the Jugal Kishore Ji Temple between 1758 and 1778. According to mythology, the deity at this temple’s garbhagriha was carried from Brindavana via Orcha. The lord’s jewellery and clothes are of the Bundelkhandi style. The temple has all of the architectural traits associated with Bundela temples, such as a nat mandapa, a bhog mandapa, and a pradakshna walk.

Morning 5AM, Morning 7AM, Afternoon 12PM and Evening 7PM

The MahamatiPrannathji temple is a major pilgrimage site for Pranamis, attracting a large number of devotees during Sharada Purnima. MahamatiPrannathji is said to have stayed at the site for 11 years before taking samadhi inside one of the temple’s domes. The mosque was completed in 1692, and its domes and lotus shapes combine Muslim and Hindu architectural elements. Shri Gummatji, Shri Bangalaji, Shri Sadguru Mandir, Shri Baijurajji Mandir, Shri Chopada Mandir, and Shri Khijada Mandir are the six sections of the temple.

Shri Gummatji, a circular building with nine marble domes, is the main attraction at this pilgrimage centre. Eight of these domes represent the eight directions, and the central dome contains a divine golden Kalasha on which a hand Paw signifies Mahamati’s five abilities. Aside from that, Kamani Darwaza is a well-known temple gate made of silver metal.

Pandav Falls is a permanent waterfall in Madhya Pradesh fed by a branch of the Ken River. The falls descend from a height of around 30 metres into a heart-shaped pool. The falls, which are surrounded by lush green forests, are stunning and may be visited even during the peak monsoon season. Pandav Falls’ serenity, purity, and magical aura draw both residents and tourists. There are several ancient caves at the base of the falls that overlook a vast pool of water. The Pandavas of the Mahabharata are thought to have spent some of their exile here.

The best time to visit Panna Madhya Pradesh is from November to May.

How to Reach Panna

Panna is not well connected to the rest of the country’s major cities by regular flights. The nearest airport is Khajuraho Airport, which is 40 kilometres away.

Panna is located on National Highway 39 which starts from Jhansi (Uttar Pradesh) and ends to Ranchi (Chhattisgarh). From panna, regular bus service is available for Bhopal and Indore and it is well Panna lies on National Highway 39, which runs from Jhansi, Uttar Pradesh, to Ranchi, Bihar (Chhattisgarh). Regular bus service to Bhopal and Indore is accessible from Panna, and it is well connected to other important cities.to other major cities.