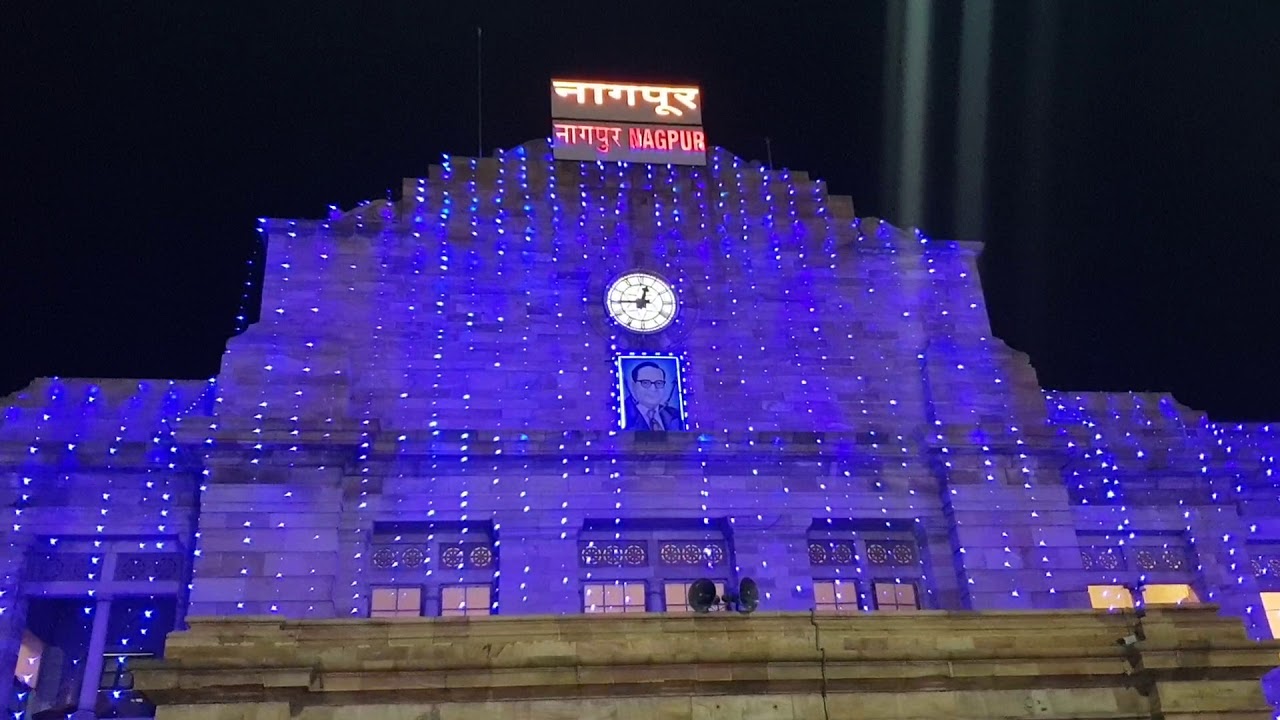 Nagpur is a large city in Maharashtra, a state in central India. The Nagpur Central Museum, built in the nineteenth century, houses local finds such as fossils, sarcophagi, and Mughal weaponry. The Raman Science Centre features interactive exhibits as well as a planetarium. An 1817 battle took place at Sitabuldi Fort in the Sitabuldi Hills. The massive, domed Deekshabhoomi is a Buddhist monument and pilgrimage site to the southwest. Nagpur is a city in Maharashtra that is well-known for its oranges. It is also the state’s second capital. The city is both culturally and historically vibrant. The city also has some well-known shopping districts where you can spend the entire day. Nagpur is also well-known for its delectable Maharashtrian cuisine. We’ve compiled a list of things to do in Nagpur during your stay. Here are our top recommendations.

How to Reach Nagpur

Nagpur, in Maharashtra’s Vidarbha region, is a town steeped in history, with traces of natural wonders strewn about. Nagpur, Maharashtra’s winter capital, is famous for the majestic Deekshabhoomi, Asia’s largest Buddhist stupa. Tadoba-Andhari Tiger Reserve and Pench National Park are two well-known wildlife reserves in the area. Nagpur is easily accessible by road, rail, and air from any Indian city.

Nagpur’s Dr. Babasaheb Ambedkar International Airport connects the city to the rest of India as well as a few cities in the Middle East via several domestic and international airlines. Flights to Nagpur from major Indian cities are available on a regular basis, both direct and via stopover. Passengers can take a flight to Nagpur and then take a local cab to the city.

Nagpur is a major road junction in India. Nagpur is served by the NH7 and NH6 highways. On a daily and frequent basis, Volvo as well as regular deluxe buses are available from Maharashtra’s major cities and small towns. Tickets are reasonably priced, allowing for a low-cost bus ride to and from Nagpur.

Nagpur Railway Station connects the city to the rest of India via an excellent railway network. Important express trains and a plethora of passenger trains are scheduled to stop in Nagpur. Passengers can easily board a train from Delhi, Mumbai, Kolkata, or other nearby and distant towns and travel by rail to Nagpur.

Best Places to Visit in Nagpur

The Seminary Hill is one of Nagpur’s most popular tourist attractions. The panoramic view of the city from the top of the hills will take your breath away. The hills are named after the nearby St. Charles Seminary. The greenery of the nearby Japanese garden and the Satpura Botanical Garden adds to the beauty of the hills. Take your camera with you because you will want to take as many pictures as possible when you arrive at this location.

This is one of the best and closest places to visit in Nagpur, and it is well-known for the beautiful hill views that surround it. The panoramic city views will astound you, and the hills are named after the St. Charles Seminary, which is located here. The lovely Japanese Garden and Satpura Botanical Gardens, both of which are nestled here, add to the beauty of the hills. This is one location where you should definitely bring your camera because there are amazing opportunities to take lifetime photos that are worth framing!

Civil Lines, a hip, trendy area in Nagpur, also has some of the city’s widest and cleanest roads. It is surrounded by lush greenery from the various trees planted here as part of the eco nature drive and is an absolute delight to drive at any time of day. Civil Lines, one of the most important places to visit in Nagpur, is one of the city’s hippest areas, with some of the cleanest and widest roads. It’s a joy to drive through this area, which also has a variety of trees and plenty of natural greenery. This location is worth seeing in the evening, when you can dine at one of the many restaurants, pubs, or eateries. This is one of the top places to visit in Nagpur for both entertainment and dining.

If you come here, don’t forget to stop by one of the pubs or restaurants for a bite or a drink. Civil Lines has recently become a go-to hotspot in Nagpur and is a must-see if you’re in the city.

Ramtek Temple is a well-known temple in Nagpur and is a popular tourist destination. According to legend, Lord Rama lived here while in exile from Ayodhya. Due to its association with the Ramayana, the temple draws devotees from all over the country. The best time to visit is during the month of November, when the temple holds a fortnight-long Kalidasa festival. This temple is extremely popular in Nagpur and attracts a large number of tourists. According to legend, this is where Lord Rama lived while exiled from Ayodhya. Due to its Ramayana connection, the temple attracts devotees from all over India. The Kalidasa Festival, which takes place here for a fortnight in November, brings the place to life.

Ramdham, India’s largest cultural tourism park, is designed in the style of a theme park. It faithfully recreates the Ramayana storey, with a few modern twists. The location also houses the world’s largest “OM,” which has been included in the Limca Book of Records. Ramdham is the country’s largest cultural tourism park, and it is inspired by old-fashioned theme parks. The Ramayana storey is beautifully depicted here, with some modern touches. This park is home to the world’s largest OM, which has also been mentioned in the Limca Book of Records. Some of the other wonders include an ice Shivling and replicas of famous Indian temples such as the Vaishnodevi Temple and the Ashtavinayak Temple. Tourists can also purchase souvenirs such as models of Ganpati, Rama, and other Gods.

Other attractions include an ice Shivling and numerous replicas of Indian temples such as Ashtavinayak and Vaishnodevi. There are statues of gods such as Rama and Ganpati that you can buy as souvenirs after your visit.

Nagpur’s Dhamma Chakra Stupa is a popular Buddhist monument. It is an architectural marvel made entirely of Dholpur Sandstone marbles and granites. The entire structure towers 120 feet above the ground. This Buddhist monument is one of the best places to visit in Nagpur and the surrounding area, and it will astound you with its architectural brilliance, having been entirely crafted from granite and Dholpur Sandstone marble. When the place is thronged by Buddhists, the monument rises to a height of 120 feet and is dedicated to Ashoka Vijaya Dashmi.

This location is particularly popular with Buddhists and those who are interested in the teachings of Buddhism. This location sees a lot of traffic during Ashoka Vijaya Dashmi, when people come here to convert to Buddhism. One of the best things to do in Nagpur.

One of the most well-known locations is Nagpur’s Futala Lake. It is the second largest lake in Nagpur, covering 60 acres. The Futala Lake was built by the Nagpur Bhonsle kings, who also ruled and oversaw the city’s construction. Nagpur’s famous Futala Lake is one of the most iconic locations for photographing the sunset or simply relaxing with friends and family. The lake, which spans 60 acres and is Nagpur’s second largest, was built by Nagpur’s Bhonsle Kings, who also oversaw the city’s construction. The vibrant and colourful fountains that have been installed here are a major draw for visitors in the evenings.

The lake also has colourful fountains, which are a popular attraction. The lake attracts a lot of people in the evenings when it is lit up by a series of halogen lights that run along the lake’s edge. People come from all over Nagpur to admire the lake’s beauty.

Ambazari Lake is the largest of Nagpur’s 11 lakes. The lake was built to serve as a source of water for Nagpur residents. This is Nagpur’s largest lake, and its name translates to “Mango” in Marathi because it is surrounded by this famously delicious fruit and lovely gardens. There are boating excursions available here, and children usually have a good time at the mini-playground near the lake.

The name Ambazari is derived from the Marathi word Mango, as the lake is surrounded by them. The lake is also surrounded by lovely gardens where you can spend time with your family and loved ones. Visitors can participate in activities such as boating here. There is also a mini-playground at the lake where children can have a great time.

Markanda was once a prosperous town but over the years has fallen to ruin. The fact that the town has been mentioned in Hindu epics of Mahabharata and Ramayana both goes to show how old the city really is. This city is ancient and has found mention in both the Ramayana and Mahabharata and only 18 temples currently exist here out of the 24 that existed earlier. There are several amazing sculptures and paintings lining this town which is a history lover’s paradise in a manner of speaking.

The town once had 24 temples, but only 18 remain. Only four of the 18 have been preserved and are open to the public. The town is also lined with a series of breathtaking paintings and sculptures. Markanada should be on the itinerary of any history buff visiting Nagpur.

Many bloody battles have been fought on the grounds of Nagpur’s Sitabuldi Fort. The most famous is probably the one fought between Appasaheb and the British forces, in which the British forces eventually triumphed. This fort is rich in history, having been the site of several famous battles, including one between the British army and Appasaheb, which the British eventually lost. Following independence, the fort became the home of the Indian Army’s 188th infantry battalion and is open to the public on Maharashtra Day, Independence Day, and Republic Day.

The British forces were so taken aback by Sitabuldi’s strategic importance that they decided to turn it into a fort. The fort now houses the Indian Army’s 188th infantry battalion and is open to the public on Republic Day, Independence Day, and Maharashtra Day.

The Gharib Nawaz Mosque is located in Nagpur’s Mominpura neighbourhood. The mosque is a hidden gem that pays homage to the Chishti architectural style. The mosque’s inner walls are entirely carved out of marble and have a total of 27 arches. There are Quranic verses etched in a particular calligraphy style that add to the mosque’s overall beauty. The mosque is illuminated at night and is another sight to behold while in Nagpur.

The Nagzira Wildlife Sanctuary is one of Nagpur’s most popular tourist attractions. The sanctuary, which is located in both the Bhandara and Gondia Districts, is home to a wide variety of wildlife animals. The sanctuary’s main attraction, however, are the tigers that it aims to protect. The Nagzira Wildlife Sanctuary, one of the closest places to visit in Nagpur, is known for its amazing collection of flora and fauna, including majestic tigers that are impeccably protected here. The sanctuary was merged with another reserve after the project for tiger protection and conservation began here in 2012. This wildlife hotspot is home to 35+ mammal species and 166+ bird species. The tiger project began in 2012 in response to the dwindling tiger population, and it is for this reason that the sanctuary was merged with another local reserve. The sanctuary also has over 35 different types of mammals and over 166 different bird species.

The Maharajbagh Zoo is located in the city’s heart. The zoo is well-known among Nagpur residents and is frequently visited by families with children. The zoo is home to many animals, including lions, tigers, leopards, and peacocks. The zoo is also a popular picnic destination. The zoo also has a botanically focused garden with a collection of exotic herbs, shrubs, and ornamental plants.