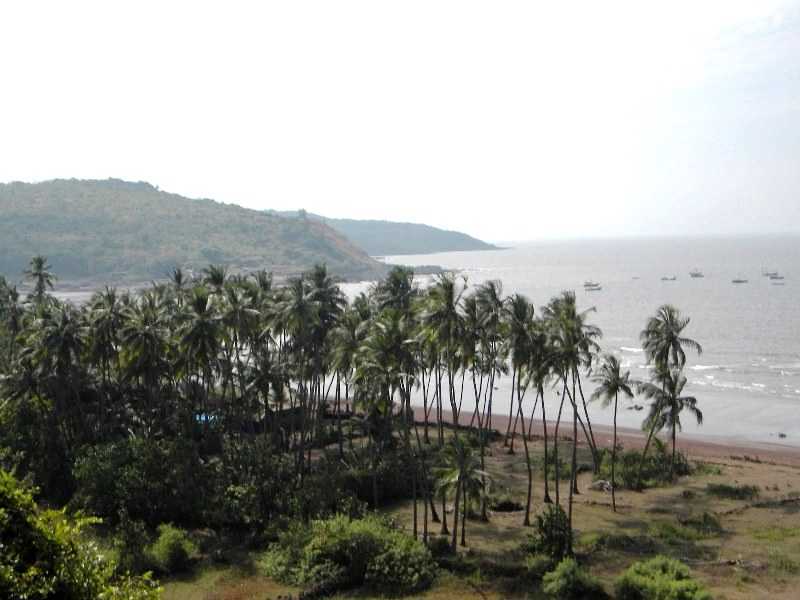 Palghar is a town in Maharashtra’s Konkan division as well as a municipal council. It is located in the Mumbai Metropolitan Region and has served as the Palghar district’s administrative capital since 2014. Palghar is the place to go if you enjoy ocean waves and the cool wind that sweeps along them. Some of the well-known beaches are Chinchani Beach, Mahim Beach, Shirgaon Beach, and Satapi Beach. Palghar is most known for its “chikoo” manufacturing (Sapodilla).

Best Places to Visit in Palghar

Hanuman Point gets its name from an old Hanuman mandir of considerable religious significance. Another attraction for travellers is the breathtaking vista from Jaivilas Palace. Katya Maruti mandir is the name given to the Maruti or Hanuman mandir. During the day, the mediaeval fort of Shahapur Maholi may be seen from here. Devkobacha Kada, a magnificent green 500ft deep valley, never fails to captivate travellers. Hanuman Point is an excellent site to test out your new camera because it is surrounded by a valley and towering hills.

Shirpamal is historically significant since it was here that Chhatrapati Shivaji Maharaj was felicitated by the local king while staying overnight on his trip to Surat. It is located on the Jawhar Nashik Road in Dharampur, about 4 kilometres from Jawhar City.

The magnificent Kalmandvi Waterfall is located approximately 8 kilometres south of Jawhar. It’s a 100-meter-deep waterfall with a lovely flowing cascade. Its rocky terrain is ideal for adventure activities such as trekking, rock climbing, and rappelling. The fact that this captivating fall pours all year is a wonderful feature.

Hiradpada is one of Jawhar’s 109 villages. The community is well-known for its waterfall, which is about 0.5 kilometres distant. The native tribals’ distinctive Dhol dance, Tarpa dance, and Warli painting have also garnered renown in the hamlet.

This church was one of the earliest under the Archdiocese of Bombay and was built in the early twentieth century. In 1919, Fr. Ismail Da Costa erected a hut chapel near Arnala beach. Later, with the assistance of locals of various religions, he built the Church of St. Peter. On December 27, 1931, Archbishop Joaquim Lima (Archbishop of Bombay) blessed the church. Other historical churches in the area are St. James Church (Agashi) and the Church of the Holy Spirit (Nandakhal).

Because Mahalakshmi is the ‘kuldaivata’ (patron God of a Hindu family) of tribals, tribals organise ‘taarpa’ dances for their revelry during the festival season. Every year, for 15 days beginning with Hanuman Jayanti, a celebration named Mahalakshmi Yatra is celebrated.

Maa Jivdani temple is located on Virar’s Jivdani hill. It is the most important landmark in Virar, and it is placed on the mountain. It is well-known across the country for its one and only temple dedicated to Goddess Jivdani, which is positioned 1375 steps above ground level on a hill in the city’s eastern outskirts. On Sundays and other festivals, hundreds of worshippers go to the 150-year-old Jivdani Temple in Virar. The Papadkhandi dam, located in the foothills, was an important source of fresh water in the area.

Shirgaon fort is located in Palghar taluka, on one side of Shirgaon seashore. The fort was utilised by the famous Maratha King Chhatrapati Shivaji to keep an eye on foes approaching from the Arabian Sea. The historic fort is now in ruins. Before the Marathas, the Portuguese ruled over this fort. The British seized this fort from the Marathas in 1818. The fort is approximately 200 feet tall and spans more than 150 feet. Portugue rebuilt and expanded this fort while preserving the original brick and red stone architecture. The five-foot cannon on the northwest side of the citadel commemorates the conflicts that took place here. Apart from normal tourists, the fort’s scenic surroundings and cleanliness attract a large number of historians. The palm tree with six to seven branches, a rarity, is the most intriguing part. Shirgaon fort is well-fortified, and the walls are in good shape. There are several underground caves within the fort’s walls.

This is a clean and environmentally friendly beach. Suruchi Beach, located near Vasai Nagar, is an excellent alternative for beachgoers looking to get away from the rush and bustle of daily life. Because of the magnificent sunset and dawn views, the area is often humming with youthful visitors and tourists. You may also arrange a day trip here or come here for a relaxing evening or morning walk.

Kelva Fort, a historically significant fort built by the Portuguese in the 16th century, is located at the southern extremity of the picturesque and tranquil Kelva Lake. The fort is located in the taluka of Palghar. During his Maratha reign, Chhatrapati Shivaji Maharaja utilised the fort. The fort provides breathtaking panoramic views of the natural environs, which are shaded by emerald Suru trees. The fort, which is surrounded by water on all sides, provides an appealing eye-catching experience during the tidal procession and recessions. During low tide, this is completely accessible and visible, and a local country boat facility is available to approach the fort.

Best Time to Visit in Palghar

The winter season is the finest time to visit Palghar. The months to visit are from October through March.

How to Reach Palghar