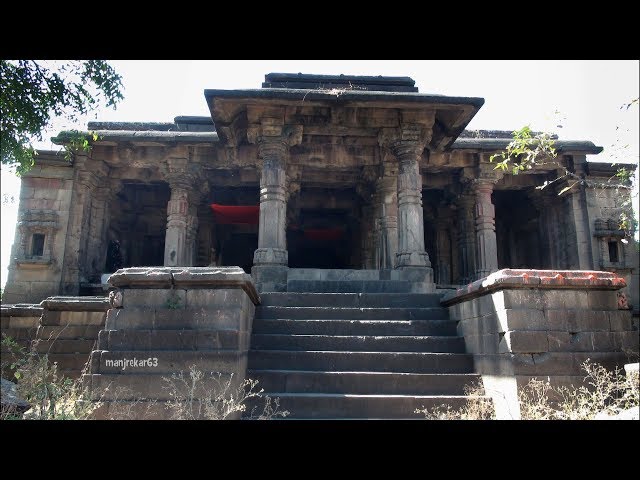 Parbhani is a city in the Maharashtra state of India. It serves as the Parbhani District’s administrative centre. Parbhani, along with Aurangabad and Nanded, is a prominent city in Maharashtra’s Marathwada region. The hallowed site of Sai Baba’s – a reincarnation of Dattatraya – birth, which took place 45 kilometres away in Pathri, is well known in Parbhani. Only a few of the many holy places in this area are the Jabareshwar Beleshwar Mahadev, the Mota Maruthi, and the Pardeshwara.

Best Places to Visit in Parbhani

Charthana is a village in the Jintur Taluka of Maharashtra’s Parbhani District. It is located in the state of Marathwada. It is part of the Aurangabad Division. It is 55 kilometres north of the district headquarters in Parbhani. Jintur is 18 kilometres away. 459 kilometres from the state capital of Mumbai The Pin code for Charthana is 431509, and the postal head office is in Jintur. The nearest villages to Charthana include Kanha (4 km), Mola (4 km), Jambhrun (5 km), Sos (5 km), and Sawangi P.c. (6 km). Mantha Taluka to the west, Sailu Taluka to the south, Partur Taluka to the west, and Manwat Taluka to the south surround Charthana. Charthana’s neighbouring cities are Sailu, Partur, Manwath, and Lonar.

A field investigation in the 1970s showed that Sai Baba was born in Pathri village. Pathri then founded the Sri Sai Smarak Samiti (Sai Memorial Committee). A group bought property for the temple on the location of Sai Baba’s residence, and construction began in 1994. The temple was opened to the public in 1999.

The famed temple of Lord Mudgaleshwar, one of Maharashtra’s historical temples, is one of the holy places to visit in Parbhani district. This temple is located on the Godavari River’s bank. Originally, this temple was known as the “Devbhumi.” This complex contains three major temples. One of the three temples lies on the coast and is dedicated to Lord Narsimha. Two temples are located in the middle of the Godavari River, one of which is dedicated to Lord Narsimha (Mudgaleshwar) and the other to Lord Ganesha (Mudgal Ganesh). The Godavari River is used for a sacred bath. Every Mahashivratri, a large number of devotees visit for Mudgaleshwar Darshan. The arti that is celebrated at the temple is enthralling, and it creates a spiritual ambiance in and around the temple. When people visit Parbhani, they make a point of visiting this temple.

Sri Swami Sachchidandji Saraswati erected the Pardeshwar Temple out of marble. The massive temple, which stands 80 feet tall, is dedicated to Lord Shiva. The temple’s main shrine Shivlinga is built of 250 kg of Parad (Mercury) and is one of India’s biggest Shivlingas. This Shivlinga built of Parad is known as Tejoling and has the same religious significance as the Twelve Jyotirlingas.

Pokharni is around 18 kilometres from Parbhani. Pilgrims from Andhra Pradesh and other neighbouring states go to the Narasimhadeva temple, which is easily accessible by car or rail.

Sri Narasimhadeva, the ruling Deity, is there, as is Laxmi Devi, who is close. While the temple compound is relatively big, the sanctum (gabhara) of the Deities is quite modest – a 3 foot by 4 foot space. The entrance is quite narrow, and believers must squat to glimpse the Lord via a three-foot-high opening. Getting Lord Nrsimhadeva’s darshan here at Pokharni is relatively tough, just as worshipping Lord Nrsimhadeva in Kali Yuga demands considerable attention. The Nrsimhadeva temple in Pokarni was established roughly a thousand years ago, between 1000 and 1300 B.C. The structure is designed in the Hemadpanthi architectural style. It was erected by a monarch whose blind daughter had been healed. The locals refused to allow the king to relocate Nrsimhadeva Deity from Bhaktagan village into the new temple. Instead, a lovely two-armed Deity holding a chakra and a conch was built at Pokharni.

Hazrat Turabul Haq Dargah is most known for its yearly fair, which has a 108-year history and attracts thousands of followers of all sects and beliefs from February 2 to February 15 each year. This dargah is a symbol of unity among all religions in Parbhani. The dargah attracts visitors from all around the state. Thousands of dargah devotees believe that their wishes were granted after visiting this dargah. Because of the dargah’s prominence in Maharashtra, it is often referred to as the “Ajmer Sharif of Maharashtra.” Thousands of sick people come to this dargah in the hope of finding health. It is anticipated that around 5 lakh (half a million) people visited the dargah during the 2015 festival season, which ran from February 2 to February 15.

Jain Temple of Shri Neminath Digambar Lord Neminath’s historic and magnificent building is well-known in Nawagaad. It was once located near the village of Ukhalad, about 2 kilometres from the banks of the Purna River. In 1931, a large temple was erected in Navadgadh, and this idol was installed there. The Nizam promptly handed the shrine ten acres of land. The Navagadh temple is incredibly beautiful, large, and has a very high summit. The major deity of Lord Devgiri at this temple is Padmasana, with a magnificent 3.5-foot-high black-colored and miraculous idol. The interior of the temple is beautifully decorated with mirrors.

This Kshetra is located in the Marathvada region of Parabhani District, 3 kilometres from Jintur, among the sub slopes of the Sahyadri Mountains, which are rich in natural beauty. Two hills, Nemgiri and Chandragiri, are famed across the globe for their old artistic and miraculous Jain Cave Temples and Chaityalayas. This location was known as Jainpur in ancient times, and it was established during the reign of Emperor Amogh Varsha of the Rashtrakut family. Later in Indian history, during the middle era, this was devastated by invaders, and its name was changed to Jintur, the current name. There were 300 Jain households and 14 Jain temples here during the time. There are just two temples left today.

Best Time to Visit in Parbhani

The peak season for tourism in Parbhani is from June to August.

How to Reach Parbhani

Parbhani railway station is a junction on the South Central Railway Zone’s Secunderabad-Manmad line. Parbhani is connected by train to Maharashtra’s major cities, including Aurangabad, Mumbai, Nagpur, Pune, and Ajmer. It also has connections to places like as New Delhi, Ajmer, Hyderabad, Nizamabad, Visakhapatnam, and Chennai in India.

The town is connected to Mumbai and Hyderabad thanks to the National Highway that connects the states of Telangana and Maharashtra. These roads expand Parbhani’s connection possibilities, allowing it to link with cities in the north-east such as Indore, Jhansi, and Agra, as well as cities in the south such as Varanasi, Nagpur, Adilabad, Nizamabad, Hyderabad, Bangalore, and Kanyakumari.
Andhra Pradesh, Telangana, Karnataka, Gujarat, and Madhya Pradesh are all connected to Parbhani. MSRTC Parbhani Division operates several daily buses between Parbhani and other Maharashtra metropolises.