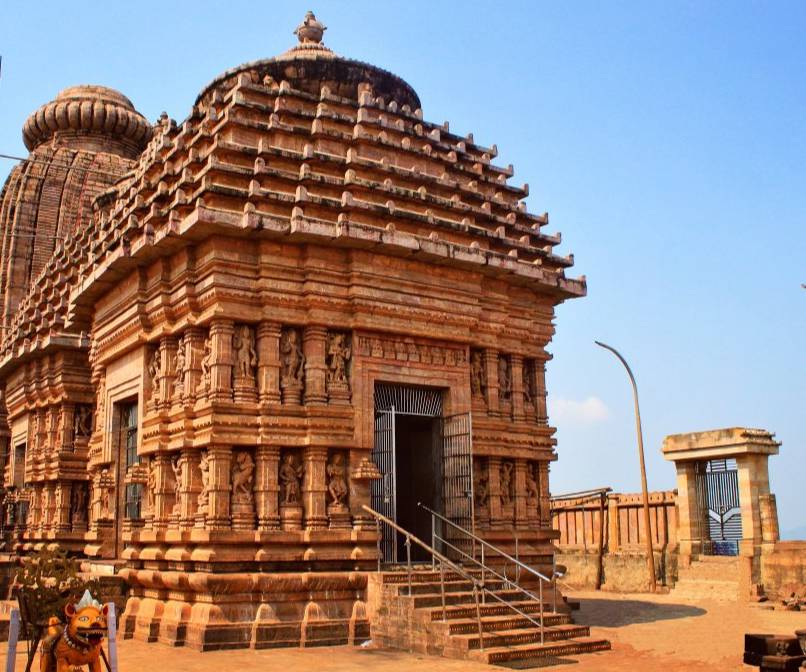 The district of Ganjam is located in the Indian state of Odisha. The entire area of Ganjam is 8,070 km2. Chhatrapur is the district headquarters. Chhatrapur, Berhampur, and Bhanjanagar are the three sub-divisions of Ganjam. It’s known for a year-round hot spring of medicinal sulfuric water that’s located on state highways… The picturesque magnificence of Narayani, nestled in the shadow of the renowned Vallery Mountain, is a well-known destination in the eastern…

Best Places to Visit in Ganjam

The site is called after Nirmaljhar (Pure Water), and it is sanctified by a permanent stream that is channelled to several ponds, as well as a Hallooed Shrine of Lord Vishnu. The area is adorned with sculptures, arbours, idols, and other high-quality carryings.

The lovely Tampara Lake is located near National Highway No.5 (from Chatrapur). With moderate waves washing on the coast, Tampara offers fantastic avenues for water activities. One may also take a leisurely stroll through the huge stretches of cashew farms along the shore. A 2 kilometre journey through these plantations leads to a pristine beach on the Bay of Bengal. A vacation to Tampara is bound to be both exciting and enjoyable.

Visitors typically negotiate the spot while going on the route that connects Berhampur and Western Orissa. When the inhabitants of Ganjam get tired of the bad weather, they usually go to see Goddess Mahurikalua. With a chiselled face splattered with red Leo and adorned peacock tails. This picnic location with an unrivalled sense of privacy attracts a large number of people.

Buddhakhol is a picturesque place about 3 kilometres north of Buguda that is popular with visitors and picnickers. A cluster of five temples devoted to Lord Siva, widely known as Panchu Mahadeva, sits atop a hill surrounded by natural beauty. A perennial stream produces a waterfal at the top of the slope. A variety of Buddhist relics have been discovered at the site, suggesting that it was formerly a Buddhist village.

There are other caves nearby, one of which is named Siddha Gumpha, where Buddhist monks were claimed to have meditated in the past. On Sivaratri and Kartika Purnima days, a significant crowd gathers here to perform Puja at the temple.

It is well-known for its annual hot spring of Medicinal Sulfuric Water, which is located on one of the State Highways that connects Berhampur to Western Odisha. The peacefulness of nature in Taptapani is enhanced by beautiful sights of sun rise, sun set, moon lighted night, tribal dance and music, chirps of birds, and sight of wild animals, which are surrounded by a cluster of hills and thick woods. As such, the location draws a huge number of tourists of various types. Poets, authors, scholars, picnickers, vacationers, and newlyweds may make the most of the location at any time of year.

The beautiful grandeur of Narayani on the lap of famous Vallery Mountain is a well-known destination in the eastern ghats. Its picturesque environment, complete with a permanent spring and lush mango trees, draws a large number of people every day. Devotees and picnickers flock to the holy temple of Goddess Narayani (Durga) with six hands.

Thousands of endangered Olive Ridley turtles rushed to the Rushikulya river mouth in Odisha’s Ganjam district for their annual mass nesting. Every year, from the third week of February to the first week of March, these endangered species congregate for breeding. Odisha is the world’s greatest mass nesting place for Oliver Ridley turtles. While over 3.8 lakh turtles rushed to the river mouth last year, the number is projected to increase this year. The State Government and the Rushikulya Sea Turtle Protection Committee have taken many precautions to guarantee that the turtles are protected throughout this time.

The location is called after the ruling deity Goddess Bhairabi, who lives in the isolated village of Mantridi. Bhairabi is now regarded as a prominent Shakti Pitha. Every day, tourists from all across Odisha and northern Andhra Pradesh visit this holy temple.

It is a tiny community located in the Ganjam District. For centuries, Lord Ganesh has been worshipped in the groove of a big Pipal tree. The temple’s exact age has not been determined. According to folklore, the Lord Ganesh statue with the left-facing tusk (also known as Sidha Vinayaka) is tied in some way to Sri Purushottam Dev, the then-Gajapati of Puri. On the eve of Vinayaka Sukla Chaturthi, lakhs of devotees, mostly from surrounding states, go to the temple to adore the God.

Chilika is India’s largest inland lake, located in the middle of coastal Orissa. Over 1,100 square kilometres, it stretches over three districts of Puri, Khurdha, and Ganjam before joining the Bay of Bengal through a tiny outlet, making a vast lagoon of brackish water. Chilika is home to a diverse range of aquatic species and is dotted with several emerald green islands with colourful names like Honeymoon Island and Breakfast Island. It is also a refuge and winter destination for migrating birds, some of which come from as far away as Siberia. The lake, which has a wide variety of fish, offers a living for hundreds of fishermen. Hundreds of boats go out on the lake’s blue expanse every day in search of mackerel, prawns, and crabs, a sight that provides a glimpse into rural India at its most colourful. Chilika Lake’s colour varies with the passing clouds and the moving sun since it is surrounded by hills all along its arched form beaches.

The water lazily ripples, occasionally dancing with a light wind from the Bay of Bengal.

The ideal season to visit Odisha is from October to March (winter).

How to Reach Ganjam