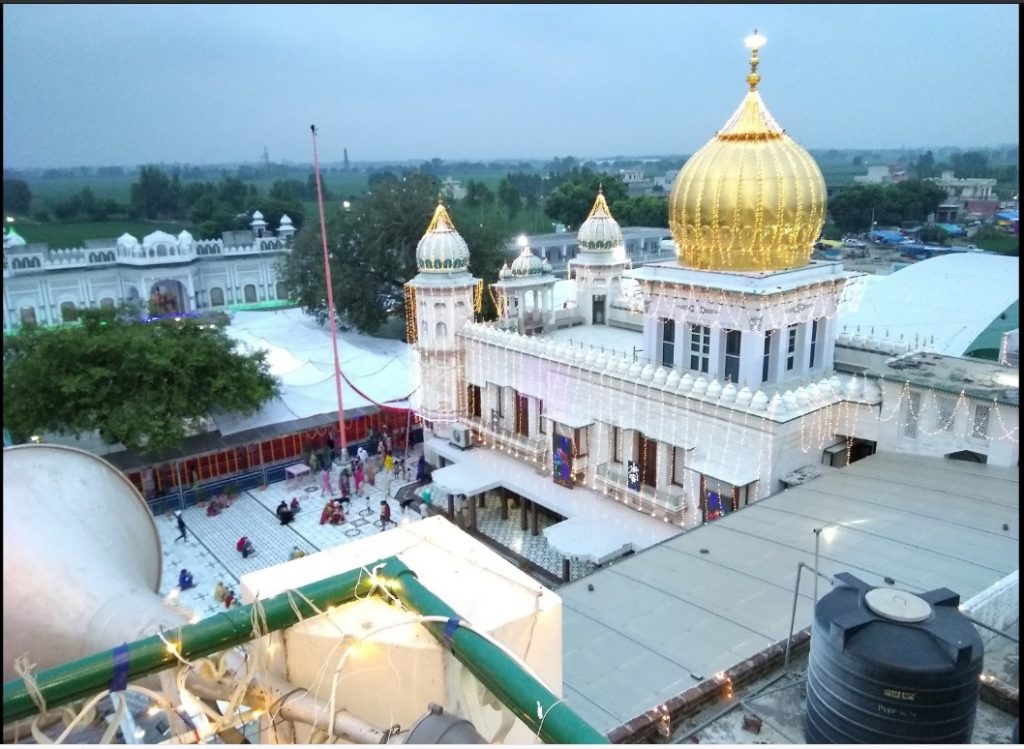 In the Indian state of Punjab, Nawanshahr is a municipal council in the Shaheed Bhagat Singh Nagar district. It was originally a town, but in 1995 it was elevated to the status of a district. It is also the birthplace of Bhagat Singh, India’s most famous independence fighter.
The “Chalie Muktey,” a group of forty Sikh soldiers led by Guru Ji, battled the Mughals to death here. The city was renamed Muktsar in their honour after the battle, and the government recently renamed it Sri Muktsar Sahib owing to its religious and historical significance.

“Station Banga serves my village of Khatkar Kalan.” This village is well-known for its distinguishing characteristics: “This place was known as a fortress.” It was something to do with a feudal lord. Other fortresses were linked to it, but they were minor in comparison. Garh Khurd got their name from this. My birthplace was called Garh Kalan.”

There are several religious sites in the Doaba area, which is a beautiful combination of plane and hills. People believe in spiritual and religious activities even in today’s modern world. This plot of land has received the blessings of numerous Saints, Gurus, Peers, and Faquirs. In their memory, many Gurudwaras, Temples, and Mosques were built throughout the district.

This Gurudwara is located in village Hakimpur of Banga district Nawanshahr, 5 kilometres south of Bahiram railway station and two yards east of village Hakimpur. Guru Hari Rai Sahib ji stopped here for a few days on his way from Kartarpur to Kiratpur Sahib. There are still Peepal and Neem trees where Guru ji’s horses were knotted. On page 692 of Bhai Kahan Singh Nabha’s book “Mahan Kosh,” he writes, “Beautiful Gurudwara has been built.” Maharaja Ranjit Singh, also known as the “Lion of Punjab,” built this Gurudwara. A priest is a Sikh. At the eastern end of Gurudwara, there is a lovely pond.” This has now been demolished, and a new pond has been constructed on the Gurudwara’s western outskirts. Gurudwara does not have any property or wealth to his name. It is also said that Shri Guru Nanak Dev ji visited this location.

According to Dr. Fauja Singh ji’s book “Yatra Asthan, Parampara TeYaadChinh,” Shri. Guru Nanak Dev Ji rested here for three days. Guru Hari Rai Ji and Guru Teg Bahadur Ji frequently visited this location from the village of Chak Guru. This noble location witnessed the final acts of Baba Banda Bahadur’s wife. There is a mausoleum dedicated to her memory. However, due to the construction of the Gurudwara’s new building, that mausoleum has been demolished. The elder son of Guru Hari Rai ji was born at this Gurudwara Sahib.

Maharaja Ranjit Singh built Gurudwara Charan Kanwal in memory of the sixth Guru, Hargobind Singh Ji. Guru Ji came here after his last battle, in which he killed Pende Khan, and blessed a zamindaar, Jeeva, with milk. Jeendowal, the village, was named after him. A large pool was built in front of the Gurudwara by the daughter of Sardar Dhanna Singh, and the langar was built by Bhai Seva Singh. The Gurudwara is managed by the Sikh Gurudwara Parbandhak Committee (SGPC).

The 6th Sikh Guru stayed here for a few days, according to Mahan Kosh’s Page No. 418. Every year in the month of July, a fair is held here. Guru Ji stopped here on his way to Kiratpur Sahib after his last battle. The well from which Guru Ji drank water is still in existence.

Chak Guru, a Thana Behram village, is one kilometre to the west, and Gurudwara Gurpartap is located there. Guru Teg Bhadur is said to have visited this location and, seeing a lack of drinking water, had a well dug here. Maharaja Ranjit Singh gave the land of the village to this Gurudwara.

Guru Har Rai is said to have stopped here for a few days on his way to Kiratpur Sahib in 1713.

Banda Bahadur fought a battle at Rahon in 1711, and the sikh soldiers who died there were cremated.

There is a beautiful Gurudwara named “Baba Bhai Sikh” in the village Hiyala, which is located in the lap of Nawanshahr. Every year on the day after Dussehra, a large fair is held in this location. According to legend, Baba Bhai Sikh was born in the village of Jhingran. Then he began to live here. He used to graze cows. He used to meditate and give spiritual discourse to the people in addition to his work. “To serve humanity is the greatest worship of God,” he says. Baba Bhai Sikh used to live in the area where the Gurudwara is being built.

Gurudwara Singh Sabha was constructed in 1928. In 1914, a railway station was built, and a foodgrain market was established. The Bhucher family built an inn here. However, there was no provision for food for the passengers. In the city, there was no Gurudwara.

People were pleased with the old committee’s performance 23 years ago. A five-person board was formed. Joginder Singh, Mohinder Singh Bajaj, Saroop Singh Urapar, and Harcharan Singh Mahajan are among its members. This committee has put in a lot of effort, which is greatly appreciated. The new board purchased more land and constructed a school, Langar Khana, residential rooms, an office, and a 3600-foot-long hall.

Suraj Kund, an old Sarovar and temple, is located in Rahon. It is located to the south. According to legend, India has only two and a half kunds, one in Rahon, one in Kurukshetra (Haryana), and half in Haridwar near “Bhim da Goda.” All of these Kunds are associated with the Pandavas of Mahabharat.

In the 16th century, Baba Raj Dev, who was related to the Jaipur king’s family, came here and began meditating. In 1596, his son built a temple in his memory here after his death. When Himayun and Sher Shah Suri were about to fight, Sher Shah Suri came here to seek the blessing of Baba Raj Dev.

Kirpal Sagar is a symbol of human unity built in the village of Dariapur near Rahon. At this location, four religions’ worship places (HINDU, MUSLIM, SIKH, and CHRISTIAN) are created at the four corners of an egg-shaped pool. A common symbol of four religions is being built between two pyramids.

This SHIVALA is as old as Nawanshahr’s history. It is located next to the Municipal Corporation Nawanshahr office. Banna Mall, the Chief Minister of Maharaja Kapurthala, created this SHIVALA. He also built a temple and a hospital here.

People used to travel on foot or in a bullock cart because there were no trains or automobiles at the time. Deewan Banna Mall used to ride an elephant to Nawanshahr, which is why the main gate of the hospital is so large. People who came to this hospital were given free food. These days, this SHIVALA is overseen by a committee. All of Banna Mall’s relatives have left the area.

Shri Raja Sahib Nabh Kanwal’s Gurudwara is located at (Nau-Abad) Majara Raja Sahib. Religious sites are also associated with it in the villages of Jhingran and Rehpa. In these villages, there are beautiful Gurudwara structures.

Mata Chintpoorni’s idol was brought from Jaipur. After witnessing the deterioration of this 120-year-old temple, a committee called “SanehiSankirtan Mandal” was formed by some responsible citizens of the city, as well as some social workers. The temple’s condition has improved as a result of the efforts of this committee. Every year, poor girls’ marriages are performed in this temple, and dowry is also provided by the committee’s organisers.

Nawanshahr is located on the Punjab State Highway between the districts of Jalandhar and Rupnagar.

P.R.T.C and Private Busses are available throughout in day and night.

Nawanshahr Railway Station is located in the Jalandhar division and is part of the north railway zone. Sections of Jalandhar are served by trains.

Distance to Other airports from Nawanshahr