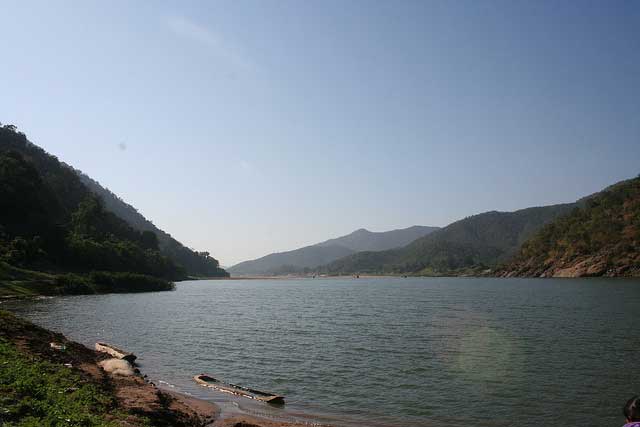 Khammam, commonly known as Khammamett, is a city in the Telangana state of India’s Khammam district. It is the state’s fourth largest city. It serves as the administrative centre for both the Khammam district and the Khammam mandal. In Khammam, Kallur is a well-known pilgrimage site. The location is approximately 400 years old and contains two well-known temples that are frequented by both believers and visitors. During the reign of Queen Rudrama Devi, the temple dedicated to Lord Venu Gopala Swamy was erected, while Prathapa Rudra built the Shiva temple.

Best Places to Visit in Khammam

Lakaram Lake is one of the lakes in Khammam. It is one of the town’s biggest tourist attractions, located roughly 4 kilometres from the Bus Stand. It was only a lake with waste trees before 15 years, but now it has a park bordering it entitled Lakaram Lake View and Boating, creating a lovely park nearby, and there were special boats created for boating there.

Palair Lake is a man-made lake and an important supply of freshwater in Telangana’s Khammam district. It is located in the Palair village in the district of Kusumanchimandal, around 30 kilometres from Khammam’s district headquarters. The lake serves as a balancing reservoir for the Lal Bahadur Canal, a Nagarjuna Sagar project left bank canal. The lake has a storage capacity of 2.5 TMC and covers an area of 1,748 hectares. The lake is a popular tourist destination in the area, and in recent years, water-based adventure sports and leisure amenities have been added to help it grow as a tourist destination. Palair reservoir water is also used to create electricity.

WyraReservoir is a medium irrigation project built over the Wyra River, which is a tributary of the Krishna River. The reservoir is located near Wyra town in the Khammam District of Telangana. It is one of the Khammam district’s tourism attractions. This Wyra reservoir was built in 1930 and dedicated by Dr. Sarvepalli Radhakrishnan, the former President of India. It supplies drinking water to eight mandalas in the Wyra area. Water from Wyra reservoir is used to grow hundreds of hectares of land. It is also well-known for its excellent fishing and the surrounding lush hills. The project delivers irrigation water to 17,391 acres. The reservoir receives water from the Nagarjunasagar left canal as well.

A very old Venkateswara Swamy temple is located near Jamalapuram, 85 kilometres from Khammam town and 85 kilometres from Vijayawada via road. This temple, also known as Telangana Chinna Tirupati, “Swayambhoo,” and “SwayamVyakta,” is estimated to be over 1000 years old and is frequented by a huge number of worshippers, particularly on Saturdays. The temple is regarded as exceedingly sacred, and it is claimed that pujas and darshan performed here result in the fulfilment of wants and wishes.

Kallur is 50 kilometres from Khammam. Here is located the famed Lord Venu Gopala Swami Temple, which was established 400 years ago by queen Rudramma Devi. Nearby is a Lord Siva temple built by Kakatiya monarch king Prathapa Rudra, complete with five lingas and a massive water tank.

It is well known that Sri BhakthaRamadasuSmarakaMandiram in Nelakondapallimandal was the birthplace of Sri KancherlaGopanna (Sri Bhaktha Ramdas), who was the then thahasildar and built Sri Seeta Ramachandra varidevasthanam in Bhadrachalam. As a result, the villagers brought Lord Sri Rama idols, Seeta built a temple, and Sri Laxmana Swami and Sri Bhakta Ramdas were placed and performed daily rituals.

Khammam fort, built by the kakatiyas in 950AD, has a long and tumultuous history. It was captured by the Qutub Shahi kings in 1512 and then came into the hands of the Asafjahi rulers in the 17th century. The fort, built of granite, looms magnificently on a hill in the middle of Khammam town.

Kusumanchi is about 20 kilometres from Khammam and is home to one of the largest Sivalingams, which was put in a temple erected during the Kakatiya dynasty.

During the Sivarathri festival, a significant number of worshippers visit the temple.

Nelakondapally, located 21 kilometres from Khammam, is a historic site surrounded by an approximately 100-acre mud defensive wall. Excavations have uncovered the foundations of brick-built viharas, wells and cisterns, a mahastupa, terracotta figures, a bronze idol of Buddha, a tiny stupa carved in lime stone, and other early historic materials dating back to the third and fourth century AD. According to legend, after twelve years in exile, the pandavas spent a year of Aznata vasa here, working covertly in the palace of Virata Raju, the king of Viratanagaram.

Best Time to Visit in Khammam

When is the best time of year to visit Khammam? Winter, between both the months of October and March, is the greatest season to come since the temperature in the city drops. Summers are quite hot, with a high amount of humidity.

How to Reach Khammam

Regular trains link Khammam to the rest of the country’s major cities.

Regular buses go to and from Khammam from all of the country’s main cities.