Almora is a district in the Indian state of Uttarakhand’s Kumaon division. This district’s headquarters are likewise in Almora. Almora is well-known for its cultural history, handicrafts, cuisine, and traditional hill civilisation and culture.

The nearest railway station is Kathgodam, which is 90 kilometres away, and trains run from there to Delhi, Lucknow, and Agra. Kathgodam’s train station is just a short distance away.

The nearest airport is 128 kilometres away at Pantnagar (Nainital).

Places to Visit in Almora:

Jageshwar, located around 35 kilometres from Almora, is one of the most prominent Hindu sacred sites in Kumaun and is considered to be the home of one of the twelve ‘Jyotirlingas.’ It is even referenced in the epic ‘Mahabharata.’ The magnificent temple complex is located in a small and lovely valley filled with Cedar trees. Nandini and Surabhi streams descend down the slopes and merge near the sacred place. The dense forest of Cedar trees, the perennial verdure, and the lovely murmur of the riverlets provide a unique appeal and holiness to this location.

There are 124 temples and hundreds of gorgeous statues that have been meticulously created. The oldest is the ‘Mrityunjaya’ shrine, while the largest is the ‘Dindeshwara’ shrine. Jageshwer has a big fair every year during the monsoon season.

Kasar Devi is a hamlet in Uttarakhand near Almora. It is well-known for the Kasar Devi temple, a Devi temple devoted to Kasar Devi, after whom the town is called. The temple construction was built in the second century CE. Swami Vivekananda and several western seekers, including Sunyata Baba Alfred Sorensen and Lama Anagarika Govinda, visited Kasar Devi in the 1890s. Crank’s Ridge, just outside the hamlet, was a favourite location during the Hippie movement of the 1960s and 1970s, and it continues to attract trekkers and visitors from all over the world.

Ranikhet, a tranquil and lovely cantonment township fifty kilometres from Almora, is noted for its salubrious temperature, warm wind, mesmerising and panoramic Himalayan views, and relaxing and pollution-free foliage of pines and oaks. It is also known as the regimental centre of the Kumaun Regiment of the Indian Army, one of the most renowned and distinguished regiments in the country. Even the most seasoned travellers will remember the Kumaun Regimental Museum and the well-kept grassy and green golf field. A four-kilometer journey from Ranikhet leads you to the Chaubatiya gardens, which are noted for their spreading orchards of exquisite apples, plums, peaches, and apricots. It is the outcome of a British settler’s pioneering efforts 150 years ago. For the religiously inclined, there are several Hindu temples in and around Ranikhet, including Jhoola Devi Mandir, Ram Mandir, Herakhan Mandir, Kalika Temple, and Binsar Mahadeva.

Binsar is located approximately 30 kilometres from the settlement of Almora, tucked in dense forests of oak and rhododendron and affording shockingly near vistas of the Himalayan peaks. The entire territory is now a nature sanctuary, and it is home to a variety of species, including Panther and Barking Deer. Binsar’s temple is close by. According to one of Binsar’s numerous stories, “Should someone take something belonging to the God or his followers and avenging spirit and compels him conscience struck to repay it twenty fold.” A visit to Binsar is reputed to change even the most obstinate and dishonest people.

Kausani, about 52 kilometres from Almora, is noted for its stunningly near views of Himalayan peaks, as well as its seclusion and vegetation. As you wake up to see the Kausani sunrise, the huge expanse of the famed Katyur Valley is in front of you. Even Mahatama Gandhi, who remained here for a while, was captivated by Kausani’s beauty. The memory of that great man’s brief stay in the Anasakti Ashrama lingers. Another great Indian, the well-known Hindi poet Sumitra Nandan Pant, was born here. There is a modest museum to commemorate that hallowed site. The beauty of Kausani also inspired the legendary folk singer Gopidas. The highest points around Kausani are Pinnath (10 kilometres), Bura Pinnath (5 kilometres), and Bhakot.

This lovely location, located between Ranikhet and Almora, not only offers a panoramic view of the Himalayan peaks but is also densely forested. Scouting camps are commonly conducted here, and there is a wonderful shrine of Syahi Devi about 3 kilometres distant on a wonderful hilly trek. Pandit Govind Ballabh Pant, the first chief minister of the province of Uttar Pradesh, was born in a neighbouring village named Khunt. A centennial memorial was constructed here a few years ago to honour the memories of this outstanding son of the soil.

Jalna, located 35 kilometres from Almora in scenic settings, gives a vast panoramic view of the Himalayas. There are several orchards that produce a variety of fruits such as apricots, peaches, pears, plums, and apples.

Manila literally translates as “enchanting.” The famed temple of Manila Devi, the Katyuri rulers’ family deity, is around 85 kilometres from Ranikhet. The surrounding woodlands and Himalayan vistas from this high range are unforgettable.

Golu Devata, also known as Lord Golu, is the Kumaun region’s god and the legendary mythical and historical God. The Dana Golu devata Gairar temple is around 2 kilometres from the main gate of the Binsar wildlife reserve and around 15 kilometres from Almora. the point of origin Golu Devata is supposed to be an incarnation of Gaur Bhairav (Shiva), and is worshipped all throughout the region as the giver of justice by devout worshippers. Shri Kalyan Singh Bisht ( Kalbisht ) is claimed to have been born in Kotura hamlet, near the large hamlet Patiya, where the king’s deewan dwelt. Shri Kalbisht defeated and destroyed all devils (Shaitaans) in the Kumaon area at an early age, and he was always kind to the poor and oppressed. Shri Kalbisht was killed mysteriously with his own axe by a close cousin who was persuaded by the Deewan of Patiya.

The Chand Rajas constructed the Nanda Devi Mandir. The goddess’s statue is housed in the antechamber of a Shiva temple and is highly respected by the people. Every September, Almora comes alive as thousands throng to this temple for the Nanda Devi Mela, a five-day pageantry extravaganza. For almost 400 years, the mela has been a vital feature of this temple.

Banri Devi Temple is located on the Almora-Lamgarha Road, 26 kilometres from Almora. However, out of the 26 kilometres, one must hike over ten kilometres, making accessing this shrine incredibly difficult. The octagonal temple has an old Vishnu image in the Sheshnag position, which depicts the four-armed Vishnu sleeping on the Sheshnag.

Katarmal Temple, also known as Bara Aditya Temple, is a wonderful Surya temple. Katarmal is roughly 17 kilometres from Almora and is at an elevation of 2,116 metres. It is necessary to journey over three kilometres, traversing Hawalbagh and Matela along the Kosi River. The Katarmal Temple holds the distinction of being Kumaon’s only Sun Temple.

Gana Nath Temple, located 47 kilometres from Almora, is well-known for its caverns and Shiva temple. The entire region resonates with the sounds of rhythmic hymns and enticing folk melodies during the unique Kartik Purnima festival conducted at the temple.

Jageshwar Dham, a complex of temples devoted to Lord Shiva, is one of the best examples of architecture in Uttarakhand. There are 124 temples, both large and little, set against a stunning backdrop of rolling green mountains and a bubbling Jata Ganga stream. According to the ASI (Archaeology Survey of India), the temple is 2500 years old and dates back to the post-Gupta and pre-medieval eras. The temple’s main attractions include stone lingams, stone sculptures, and carvings on altars. The temple’s setting is also great for meditation.

Chitai Golu, located around 8 kilometres from Almora, is a well-known temple in Uttarakhand. Chitai Temple is easily identified by the number of copper bells strung on its premises, which is presided over by the deity of Golu Ji, an incarnation of Lord Shiva in the form of Gaur Bhairav. Golu Ji is revered as the God of Justice, and it is widely held that when someone worships him at one of his temples in Uttarakhand, Golu Devta grants justice and grants the requests of his followers. 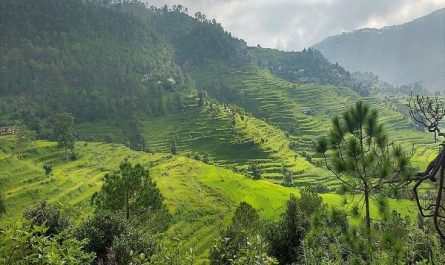 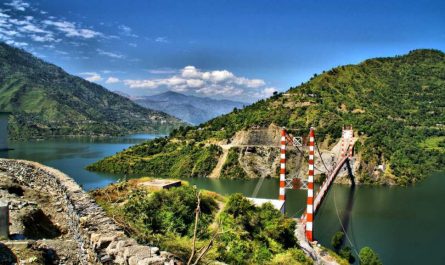 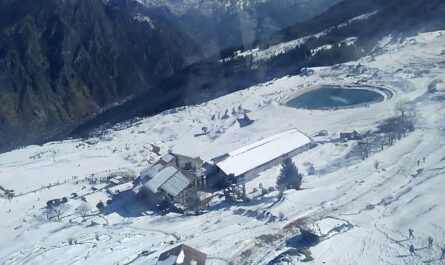 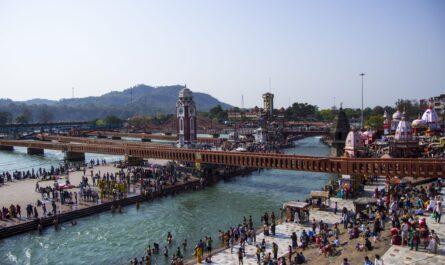 9 Religious Places to Visit in Haridwar 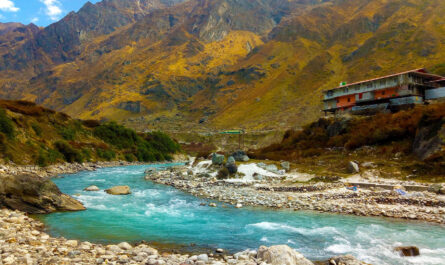 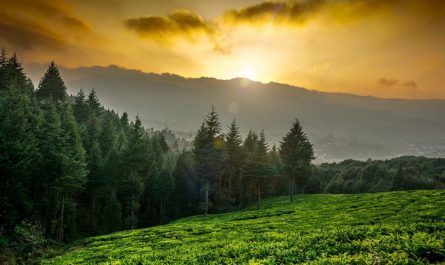 13 Best Places to Visit in Champawat 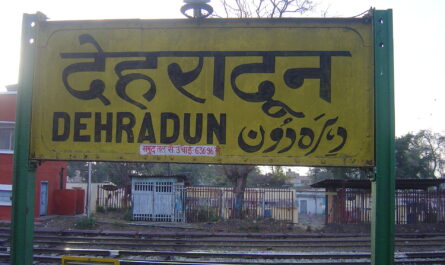 9 Beautiful Places to Visit in Nainital 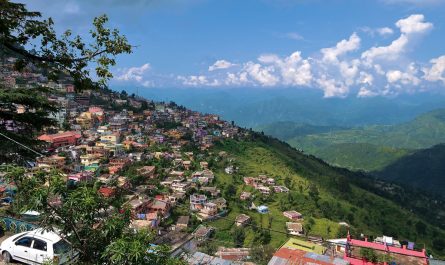 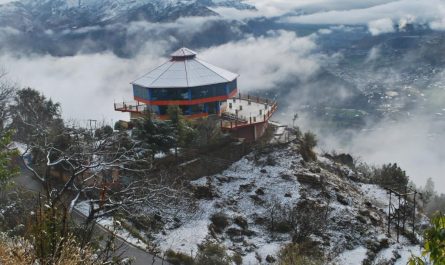 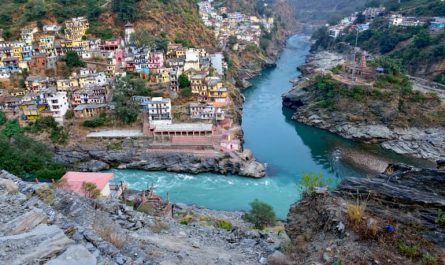 4 Fascinating Places to Visit in Rudraprayag 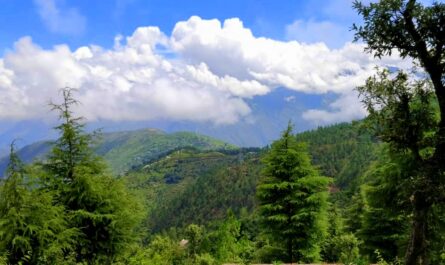 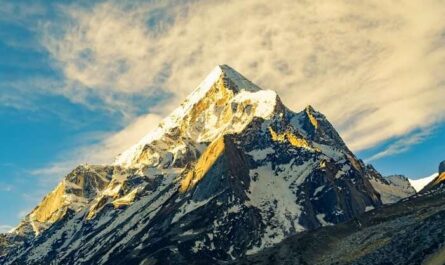 13 Awesome Places to Visit in Uttarkashi 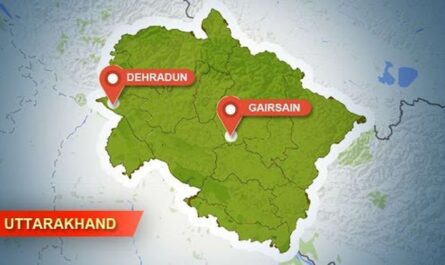 Gairsain – Summer Capital of Uttarakhand | A Must & Best Tourist Place 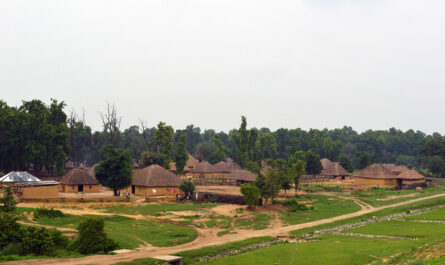 7 Best Places to Visit in Kashipur 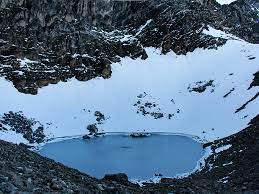