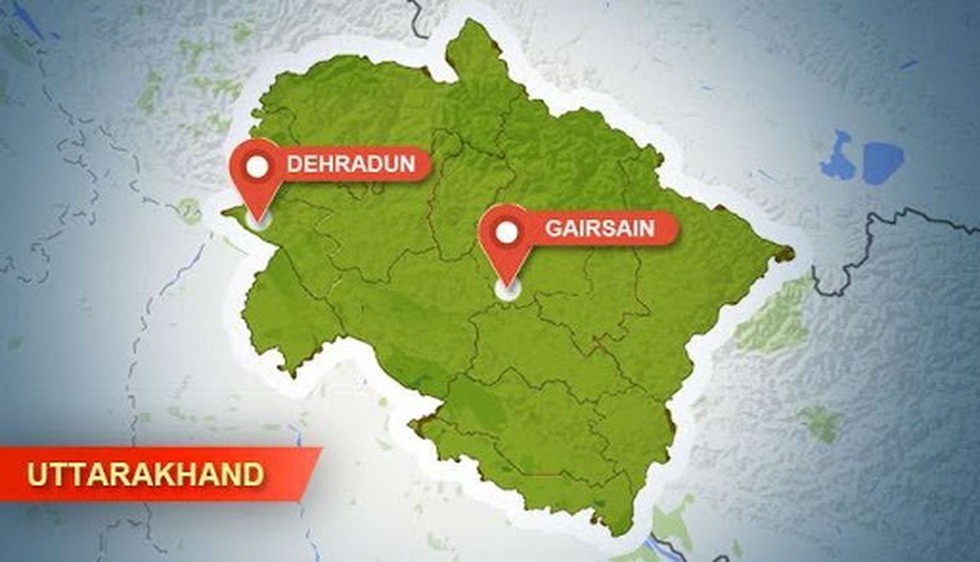 This lovely town is nestled in the heart of Uttarakhand’s Kumaon and Garhwal regions. Gairsain is derived from the Garhwali term ‘Gair,’ which means ‘Depth,’ and ‘Sain,’ which means ‘plains.’ Gairsain is a town in the Chamoli district located at an elevation of 1750 metres above sea level. One of the reasons for this town’s growing popularity is its proximity to some of Uttarakhand’s most renowned tourist destinations, such as Ranikhet. Gairsain is also a vital link between the Kumaon and Garhwal areas, and it has been recommended as the state’s official capital. The location, as well as the surrounding isolated locations, make for an attractive rural tourism destination in Uttarakhand. The town and its surroundings are ideal for experiencing an age-old culture that embodies the state’s simplicity. According to ancient literature, Gairsain was known as the Kedar Kshetra. Following the Mahabharata conflict, this region has experienced several rulers, including the Nagas, Khasas, Kiratas, Kunindas, and Tunganas.

After being held by the Kushans for approximately a century, the territory fell into the hands of Shilvarman, who dubbed himself “Lord of the Mountains.” This location’s natural beauty is exquisite and bright in its own right. It is significant for both areas of Uttarakhand due to its strategic geographic location. It is also an excellent location for seeing the Ramnagar River’s headwaters near Dudhatoli Parvat. This peak is the starting location for the river. This location’s greenery and tranquillity are second to none. The beauty of this location is renewed after the monsoon, making it a wonderful destination to visit. Because there are no specific tourist attractions in Gairsain, the best things to do are go for a stroll in the woods and explore the hamlet. You may explore and learn about the native people’s lifestyle and culture while you’re here. Some of the prominent tourist attractions around this lesser-known Uttarakhand region are Adi Badri, Vriddha\ Badri, Yog Dhyan Badri, Ranikhet, and Chaukhutia.

Gairsain is a tehsil in the district of Chamoli. It is a steep region on the boundary between Kumaon and Garhwal. As beautiful as the state is, it appears to be the epitome of quiet. The region’s official language is Hindi, and it is located at a height of 1,650 metres (5,410 ft). The climate in the area is cold and cloudy. It’s the ideal area to spend a summer vacation.

Gairsain is the summer capital of Uttarakhand, an Indian state. Gairsain is a town and Nagar Panchayat in Chamoli district, located near the eastern border of the massive Dudhatoli mountain range, practically in the centre of the state, around 250 kilometres from Dehradun. It is easily accessible from both the Garhwal and Kumaon divisions, and serves as a link between the two. It is being proposed as Uttarakhand’s potential permanent capital. Gairsain, located in the Chamoli district between the Kumaon and Garhwal regions, is presently Uttarakhand’s summer capital. The demand, which has apparently been simmering since the 1990s, has now been met, as the state approaches the end of its two-decade tenure.

Gairsain, known in ancient literature as the Kedar Kshetra, has been controlled by the Nagas, Khasas, Kiratas, Kunindas, and Tunganas. This new tourist attraction connects the Garhwal and Kumaon areas. This new capital of Uttarakhand, located around 280 kilometres from Dehradun, is also the source of the Ramganga River, near the Dudhatoli Parvat (mountain).

The location is adjacent to renowned tourist destinations like as Ranikhet, Kasauni, and Dehradun, and is located at an elevation of 1,750 metres above sea level on the eastern side of the Dudhatoli mountain range. Gairsain is a combination of two Garhwali terms, gair and sain. The former signifies ‘at some depth,’ whereas the latter denotes ‘rolling plains.’ Along National Highway 87, it is about 16 kilometres from the Almora district boundary. The nearest station is Ramnagar, which is 150 kilometres from Graisain. Gauchar Airport, which is around 54 kilometres distant, is the nearest airport.

Uttarakhand was split from Uttar Pradesh in 2000, and its people have been calling for Garsain to be declared the state capital ever since. In 2004, Baba Mohan Singh Uttarakhandi went on a 38-day hunger strike to demand that Gairsain be designated as the state’s permanent capital. On August 9, 2004, he died in Benital. He allegedly went on 13 hunger strikes in support of an independent state of Uttarakhand.

How to Reach Gairsain

Gairsain is located towards the state’s centre, on the eastern edge of the Dudhatoli mountain range. It is located roughly 250 kilometres from Dehradun. It may be reached from both the Garhwal and Kumaon divisions.

The best method to get to Gairsain is via road because it is located on the border of both Uttarakhand areas and so has strong road connections. Although railways and planes can be used to get to Gairsain, the final portion of the journey must be accomplished only by highways.

Pantnagar, the nearest airport, is 200 kilometres away from Gairsain. Taxis from the airport to Gairsain are readily accessible.

The nearest railhead to Gairsain is the Kathgodam Railway Station, which is approximately 173 kilometres away. You may take a cab or a bus from here.

Gairsain is well connected to Uttarakhand’s major roadways. It is linked to both the Garhwal and Kumaon areas. This town is easily accessible by car. It is connected to several of Uttarakhand’s main and famous locations. Because it is located in central Uttarakhand, it is easily accessible while visiting either the Kumaon or the Garhwal regions. Garsain boasts well-maintained roads as well as a frequent bus service.

Where to Stay in Gairsain?

Gairsain lodging is more harder to get by because it is less popular than other tourist sites in Uttarakhand. In Gairsain, there are a few guesthouses and cheap hotels that advertise themselves as the greatest locations to stay. Those looking for additional lodging alternatives might book a room in Ranikhet, which is a few kilometres away.