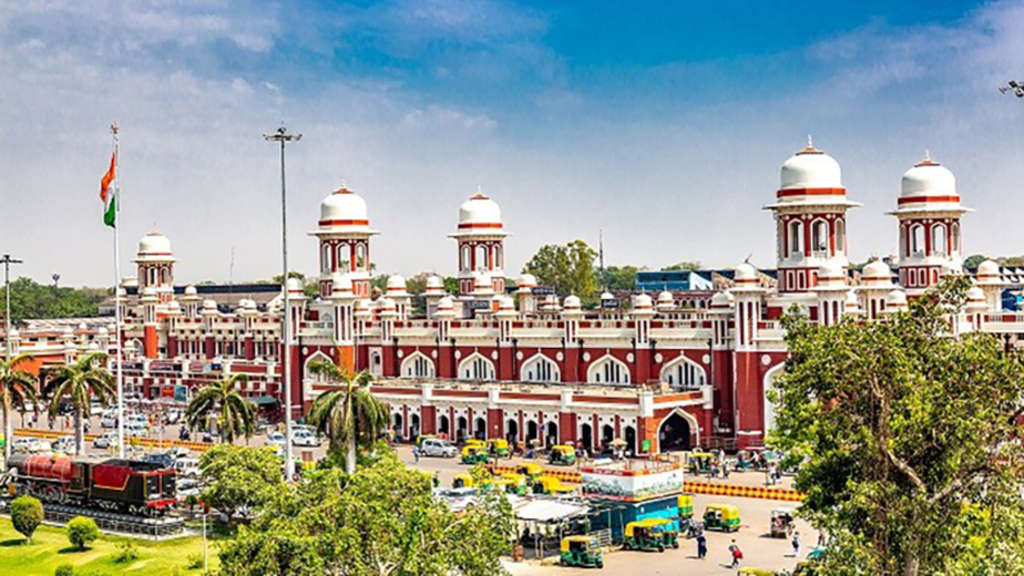 The state capital of Uttar Pradesh is Lucknow, a major city in northern India. Rumi Darwaza, a Mughal gateway, is located near the centre. A large arched hall may be seen nearby at the 18th-century Bara Imambara shrine. Bhool Bhulaiya is a network of small tunnels on the second floor, with city views from the top balconies. The majestic Victorian Husainabad Clock Tower, which stands nearby, was constructed as a victory column in 1881.

The capital of Uttar Pradesh, Lucknow, is located in the heart of the Heritage Arc. This busy city is a fascinating blend of the ancient and the modern, known for its Nawabi period elegance and great gastronomy. It has magnificent monuments that represent a remarkable combination of antique, colonial, and oriental architecture.

Best Places to Visit in Lucknow

Lucknow, the state capital of Uttar Pradesh, is located in the heart of the Heritage Arc. This bustling city is known for its Nawabi era refinement and delicious gastronomy, and it is a unique blend of the traditional and the modern. It is home to magnificent monuments that represent an enthralling blend of antique, colonial, and oriental architecture.

It serves as a gallery for the presentation of life-size portraits of Awadh’s Nawabs. To get to the Picture Gallery, you’ll have to climb about 30 stairs. There is a lovely pond in front of the Picture Gallery, surrounded by verdant meadows and trees. The photographs of Nawabs show the contemporary extravagant clothing and jewellery that were popular at the time.

Its centre hall is claimed to be the world’s largest vaulted room. Except for the galleries in the interior, the entire construction is devoid of woodwork. It is presently utilised by Shia Muslims to perform Azadari. The construction of this great structure is thought to have begun in 1785, during a catastrophic famine in Awadh, with the nawab’s goal being to provide employment for people in the region for nearly a decade while the famine persisted.

It has extensive underground corridors that have been sealed off. A staircase from the exterior leads to the Bhool-Bhulaiyan labyrinth, which is an intricate entanglement of zig-zag tunnels. It is strongly encouraged that visitors should go with authorised guides. The large Asafi Mosque is located within the Imambara enclosure. Shahi Baoli is another popular site in this area.

Lucknow, the seat of Awadh’s nawabs, is home to a number of spectacular monuments. The Rumi Gate in Lucknow, which stands 60 feet tall, was built during the reign of Nawab Asaf-ud-Daula in 1784-86. It is supposed to be modelled after an old doorway in Constantinople, Turkey, and is also known as the Turkish Gate.

Husainabad Clock Tower is a clock tower in Lucknow, India. It was built in 1881 for the arrival of Sir George Cooper, the first lieutenant governor of the United Provinces of Oudh, by Nawab Nasir-ud-Din Haider. It cost Rs 1.75 lakhs to construct.

The British Residency of Lucknow is a famous historical landmark of this place. It is now in ruins and has been declared a protected monument by the Archaeological Survey of India. The British Residency was the place that served as a refuge for approximately 3000 British inhabitants during the time of the uprising of 1857

Best Time to Visit in Lucknow

The greatest time to visit Lucknow is from October to March, when the city is in the grip of winter. Even though December and January can be foggy, causing trains and flights to be delayed on occasion, the weather is nice and excellent for sightseeing.

How to Reach Lucknow