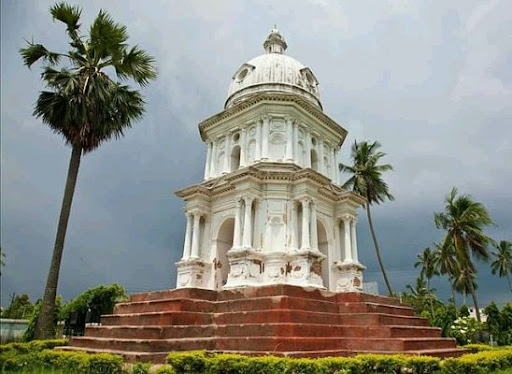 Hugli-Chuchura, also known as Hooghly-Chinsurah, is a city and municipality in the Hooghly district of West Bengal, India. It is 35 kilometres north of Kolkata, on the banks of the Hooghly River. It is the district headquarters and is located in the Hooghly district. Hooghly is one of West Bengal’s most economically developed districts. It is the state’s primary jute-growing, jute-processing, and jute-trade centre. Jute mills may be found along the Hooghly River in Tribeni, Bhadreswar, Champdani, and Sreerampur.

Best Places to Visit in Hooghly

Hooghly is a historical town in close proximity to Kolkata, the capital of West Bengal. Hooghly was created in the 1500s by Portuguese invaders and afterwards fell under the sway of successive British and Mughal emperors. During the 1700s, Hooghly became a centre for the British East India Company, and it remains one of the few cities that saw the expansion of the British Empire in India and around the world. Hooghly is also recognised for its religious traditions, with around 20 temples serving as places of worship. From historical structures to colonial artefacts, and from the world-famous Hooghly River to numerous spiritual centres, the town of Hooghly provides a plethora of opportunities to visit and explore. Aside from historical sites and monuments, this town’s superb Bengali food is another appealing element. Here are the top 5 sites to visit in Hooghly.

Tarakeshwar Temple is an old Shiva temple that attracts a large number of local devotees on a daily basis. It is one of the spots in Hooghly that is always crowded with people. The monsoon season is the finest time to visit this temple since it conducts a huge fair for worshippers during this time. Tarakeshwar temple has a profound mythical significance, and it is claimed that a visit to this temple in good faith will grant all your requests.

Swami Vivekananda created the Shri Ramakrishna Math. It is sometimes referred to as the Belur Math. This location stands boldly on the western bank of the Hooghly River and may be fairly called as India’s most magnificent illustration of religious harmony. The most appealing aspect of this location is its beautiful design, which was inspired by Hindu mythology and historic Islamic customs. This location inspires profound spiritual ideas and is perhaps the most calm location in the entire town of Hooghly. Shri Ramakrishna Math is an important religious icon of Bengal and a must-see attraction.

Bandel Church is one of India’s oldest churches, dating back to roughly 1600 A.D. This church was erected under the direct supervision of Portuguese conquerors and serves as a key Christian centre in the state of West Bengal. The church’s main structure has been subjected to a number of attacks by extremist forces and has undergone a number of modifications. Bandel Church is recognised across the world for its exquisite Roman style building and is surrounded by a distinct air of European living. This church attracts a large number of people looking for serenity, historical information, and photography.

Hooghly Imambara is a huge two-story structure erected in 1861 by Mohammedan ruler Hazi Mohsin. This gorgeous structure is located on the banks of the Ganga and serves as an important holy centre for Muslims. Some of the most striking aspects of this location are brilliantly carved walls, sculptured inscriptions from the Holy Book of Quran, gigantic pillars at the entryway, and an antique clock tower. The northern part of this structure holds a mosque, while the southern block is devoted to the burial of the building’s creator, Hazi Mohsin.

Hangseswari Temple is devoted to the Hindu god ‘Kali’ and is located in Bansbaria, a neighbouring hamlet of Hooghly. This temple is famous for its stunning Indian architecture and religious importance. Hangseswari temple has 14 towers, which are famous for their lotus-shaped tops. The main idol of this temple is a gigantic five-story wooden edifice that is the temple’s major attraction. Hangseswari shrine is a must-see if you wish to understand the city from a spiritual standpoint.

Hooghly is one of West Bengal’s most popular tourist destinations. This city is frequently referred to be a traveler’s paradise since it provides the finest of both worlds. Among the most notable attractions in Hooghly are historical sites, spiritual centres, colonial structures, and local artistry. When visiting Hooghly, be sure to include the above-mentioned locations in your itinerary because they will provide you with the most true experience of the city.

Best Time to Visit in Hooghly

The winter months are perfect for touring and discovering this hidden treasure.

How to Reach Hooghly

The nearest airport is Kolkata, India’s Netaji Subhas Chandra Bose International Airport, which is 52 kilometres away.

By train, the distance from Howrah to Hooghly District Head Quarter Chinsurah is approximately 35.6 kilometres. To go to Chinsurah, use the local rail from Howrah Station (Chuchura). It took around an hour to get to 1 hour.