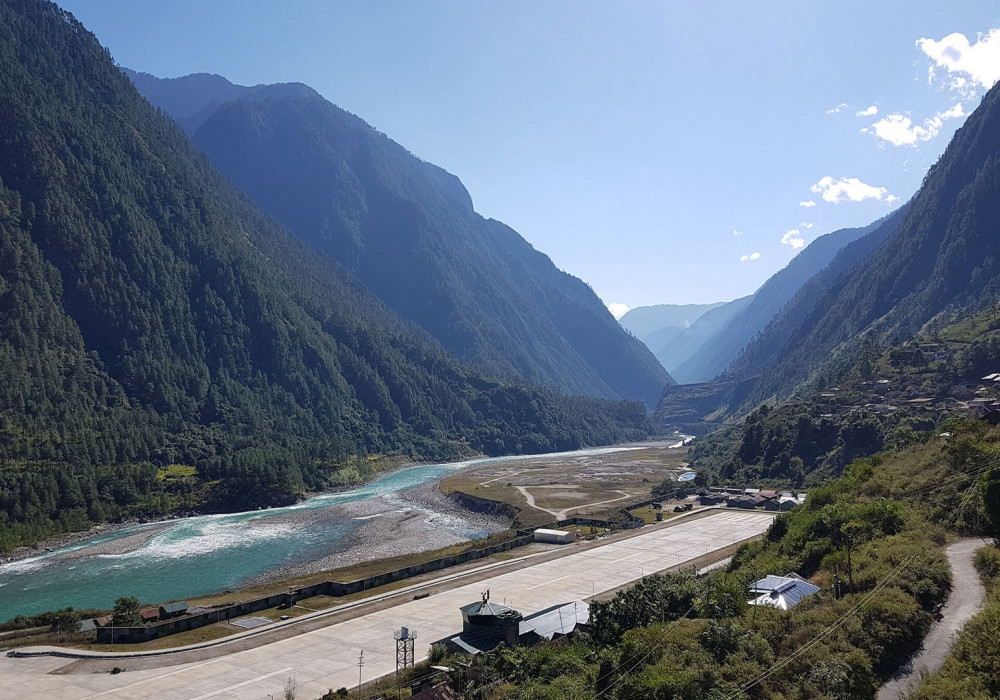 Anjaw District is an administrative district in the north-eastern Indian state of Arunachal Pradesh. It was formed in 2004 after the Arunachal Pradesh Re-organization of Districts Amendment Act broke it off from the Lohit district. On the north, the district borders China.

Best Places to Visit in Anjaw

Kaho: The final border settlement on the Indo-China border, Kaho is home to the Meyor Community. It has an ancient Gompa that represents the Buddhist faith practised by the Meyors.

Kibithoo is one of the most isolated circle headquarters in Arunachal Pradesh, as well as the only circle headquarters with a clear view of the Indo-China border. Kibithoo is located 87 kilometres north-east of Hawai at a height of 1305 metres above sea level on the right bank of the Lohit River. The Meyors make up the majority of its people. Flowers of vibrant colours, flowing waterfalls, wild raspberries, and a magnificent pine forest beautify the area in the most perfect way. Kibithoo’s allure is enhanced by its tall and blue mountains, which stand in a refreshingly mild atmosphere. In the past, the location was also a witness to the 1962 conflict between India and China.

Namti Valley, also known as Namti Maidan, is located 7 kilometres (kilometres) from Walong on the road to Kibithoo. The Indian soldiers fought a tough struggle here against Chinese assault into the valley in 1962. A solemn war memorial honours the sacrifices of valiant Indian warriors. Along the way, ancient trees stand quiet testimony to the great sacrifices made throughout the conflict. The beauty of the valley, filled with martyrs’ memories, differentiates Namti Valley from other tourist destinations.

Dong is a tiny attractive town inhabited by the Meyors located on the left bank of the Lohit River, about 7 kilometres from Walong. The snow-capped mountains and lovely pine trees make the area extremely appealing. This town is also one of those from where the earliest dawn may be seen. On January 1, 2000, people from all over the world gathered in Dong to watch the millennium dawn. The settlement is presently linked by a foot suspension bridge with an iron floor that spans the Lohit River. The Dong Valley is breathtakingly lovely, exuding pure tranquilly.

Hot Spring (Tilam) is a little hot spring located beside the Lohit river in a low lying location, surrounded in winter by warm sand dunes and in summer by slender streamlets transporting the hot spring’s warm waters to the lovely Lohit river.

Helmet top is a head top located above the Namti plains with a memorial devoted to the remembrance of troops who died in the 1962 conflict. All visitors go to the Helmet Top to pay their respects to the martyr.

Walong Circle HQ, located at an elevation of 1094 metres above mean sea level and 58 kilometres from Hawai, possesses historical value as it saw the combat of Indian soldiers against the invasion of Chinese forces in 1962. Walong means ‘a site with bamboo groves’ in Mishmi (WA means Bamboo, Long means Place). The Mishmi and Meyor tribes make up the majority of its people. The outstanding natural beauty of the area, as well as the War Memorial at Walong, are significant sites. Namti Valley, also known as Namti Maidan, is located near Walong and was the site of a severe fight in 1962. Walong also has a beautiful War Memorial honouring the sacrifices of valiant Indian troops.

Watong (Old Hawai’i) / Walla:- The twin settlements of Walla and Watong, located 3 kilometres from Hawai township, provide insight into the area’s ethnic culture. A few district headquarters assets, such as the Circuit House, Helipad, and CHC, are located within its boundaries.

Hawai, the district headquarters of Anjaw district, is located on the Lohit River’s left bank. According to the Kaman Mishmi dialect, Hawai means ‘pond,’ and evidence of this is an acre of land in the centre of Hawai that was formerly a pond and is now utilised for permanent paddy cum pisciculture. A lovely village set at a height of 1296 metres above sea level above the roaring Lohit River, town is connected by the Anjaw bridge, a cable suspension bridge. The Anjaw bridge at Chequinty on Lohit, which connects Hawai with the main BRTF route, is an engineering wonder that contributes to the beauty of the area. It is a motorable cable suspension bridge with a span of 156.55 metres, making it one of the longest in the North Eastern Region. Hawai is one of the most attractive sites in Arunachal Pradesh, thanks to the stunning scenery of the Lohit valley and the township’s dominating height.

Chaglagam is noted for having the largest yield of large cardamom production in the state, and Chaglagam Circle, which has its headquarters in Chaglagam, is regarded for being one of the most progressive circles in the interior. This location receives a lot of shade, which encourages the spread of the shade-loving big cardamom. Located on the Dalai River’s left bank, where it enters the Lohit near Hayuliang. Chaglagam is located at an elevation of 1258 metres above sea level. The Dalai river along the route to Chaglagam offers a fresh, unspoiled backdrop for nature enthusiasts as well as a marvellous experience of hiking, trekking, and angling.

Best Time to Visit in Anjaw

The ideal months to visit Anjaw are from March through August.

Best Time to Visit in Anjaw

How to Reach Anjaw

How to Reach Anjaw

Intra-city commuting is not well established, although there are buses that go between cities and their tickets are reasonably priced. However, these buses are hardly the most luxury mode of transportation.