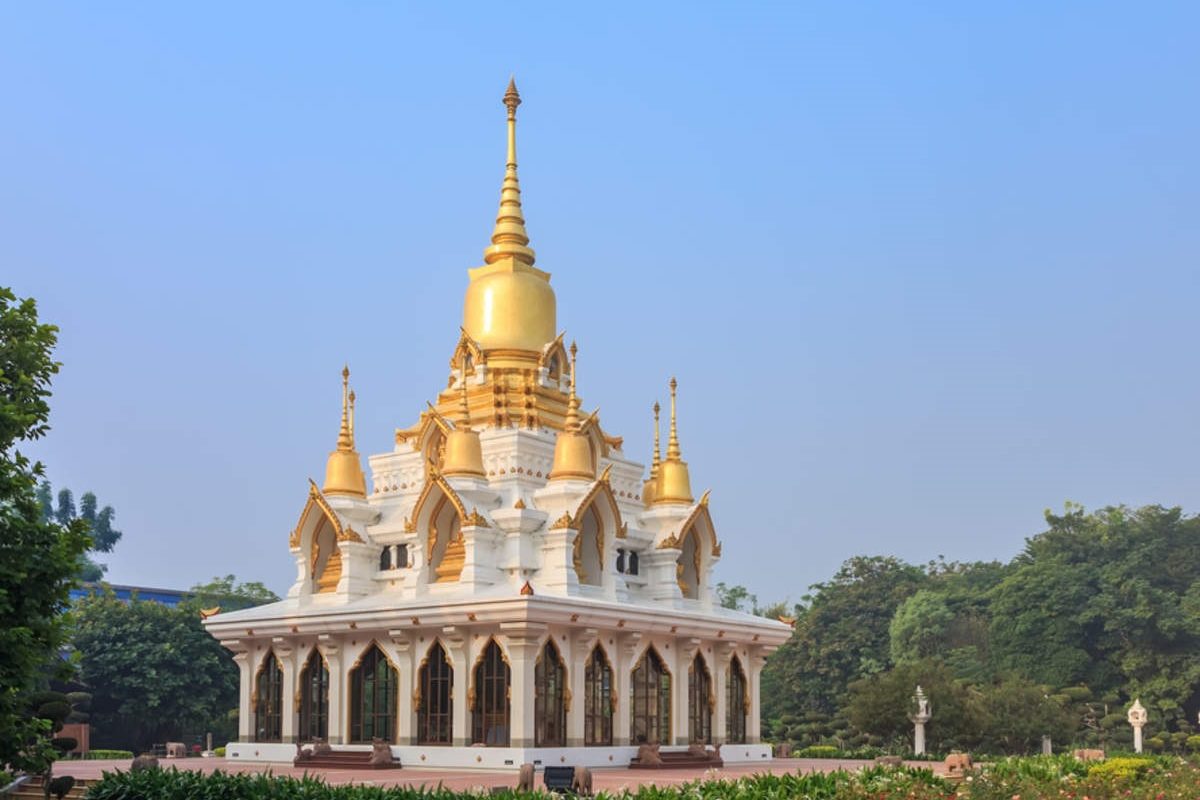 Kushinagar is a town in the Uttar Pradesh state of India, located in the Kushinagar district. Buddhists believe Gautama Buddha reached Mahaparinirvana after his death at this significant Buddhist pilgrimage destination. It is a Buddhist pilgrimage centre for people from all around the world.

Kushinagar and Kasia Bazar are towns and historical sites in Uttar Pradesh’s north-eastern fringe region. The name “Kasia Bazar” was changed to Kushinagar, and “Kasia Bazar” became a municipality with the name “Kushinagar” after that. This is where Gautam Buddha attained Mahaparinirvana during his Buddhist journey. Kushinagar is roughly 50 kilometres east of Gorakhpur on National Highway 28.

Many magnificent Buddhist temples may be found here. As a result, it is also a popular worldwide tourism destination for Buddhist pilgrims from all over the world. Bihar state begins around 20 kilometres east of Kushinagar town.
Kushinagar, India’s city of stupas and temples, is one of the best tourist sites in the country. Tourists from all over the world visit Kushinagar for its outstanding Stupas and Temples, from Buddhist followers to vacationers.

Best Places to Visit in Kushinagar

It is nestled in the ruins of many ancient monasteries that were founded in the fifth century AD. The temple is well-known for its 6.10-meter-tall figure of Lord Buddha. According to the inscriptions on the ruins, Lord Buddha’s remains have been interred here.

The site, which was exposed to the public in 1992-93, exhibits numerous archaeological excavations discovered in Kushinagar. Kushinagar Museum exhibits a vast range of antiques and artefacts like as statues, sculptures, seals, coins, and banners. One of the museum’s main attractions is a Stucco idol of Lord Buddha created in the stunning Gandhara Style.

The Ramabhar Stupa commemorates the location where Lord Buddha attained Mahaparinirvana, or Final Enlightenment. The 15-meter-high stupa is one of Kushinagar’s main attractions. The stupa is also the most important pilgrimage site for Buddhists, and it is located in a lovely and lush green environment, making it a must-see tourist attraction.

The Sun God temple was established during the Gupta period and is described in the Puranas. The temple is well-known for its Sun God idol, which was fashioned from a rare black stone (Neelmani Stone). The figure was thought to have been discovered during excavations between the fourth and fifth century.

The historic city of Kushinagar is the ultimate resting place of Gautama Buddha, making it one of the most important pilgrimage sites for Buddhists. From Hieun Tsang to Fa Hein, the city has long been a popular destination for Buddhist pilgrims. The aforementioned locations will undoubtedly help you understand the significance of this city to Buddhists around the world.

Best Time to Visit in Kushinagar

The months of November to February are perfect for visiting Kushinagar because the weather is pleasant and ideal for exploring tourist places.

How to Reach Kushinagar

Gorakhpur Railway Station is about 51 kilometres from Kushinagar. Come to the Gorakhpur Railway Junction if you want to know how to go to Kushinagar, Uttar Pradesh via rail. Mumbai, Delhi, Cochin, Barauni, Kolkata, Lucknow, Agra, and Jaipur are all immediately connected to the railhead.

Kushinagar is situated on National Highway 28 that links the city to the rest of the state. Varanasi, Lucknow, Kanpur, Patna, Jhansi, and Gorakhpur, as well as other cities in Uttar Pradesh, are all connected to the city. You can use buses operated by the Uttar Pradesh State Road Transport Corporation as well as others.