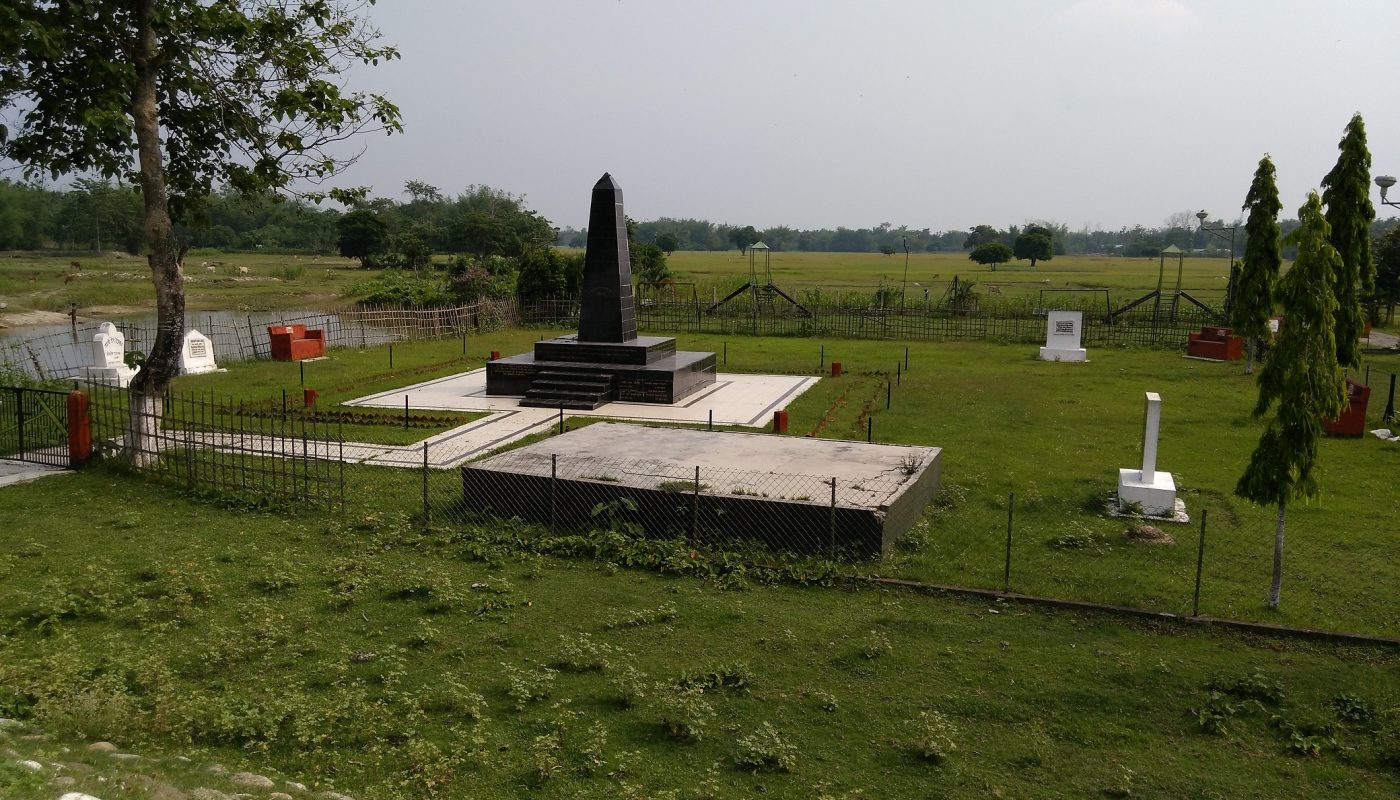 Darrang is an administrative district located in the Indian state of Assam. Mangaldoi is home to the district headquarters. The district covers a total area of 1585 km2.
Darrang is a member of the well-known ‘BYAS OJAS’. Byaspara, a hamlet named after Byas Ojas, is located here. Darrang is also known for Dhepadhol, Bardhol, Mohkunda song, Suknanni Oja, and Siya Geet, among other things, all of which add to Assam’s rich cultural legacy.

Best Places to Visit in Darrang

This is a very well kept and lovely park located in the centre of Mangaldai town and within walking distance of DC’s Office.

In Assam’s Jalliwanwalabag, there is a swaheed minar in a lovely park.

Satras, which are akin to monasteries, are peculiar to Assam. Sankardeva and his disciples devised and established satras. Not only was the Bhagawatee Baishnav religion practised here, but also many other sorts of art forms, known as Satriyaa Art – a distinctive stream in Assamese culture. As a result, the Satras can also be considered State Cultural Heritage Centers.

As a result, the Satras can also be considered State Cultural Heritage Centers. Darrang is home to two satras:

It is one of the oldest Satras and is located 22 kilometres from Mangaldai at Dipila.

This satra is located 45 kilometres from Mangaldai in Kurua.

This Devalaya is located to the south-west of Kalaigaon, near Lakhimpur village. Inside the shrine, there is a Stone fetish with eight lotus petals on it. Doul Festival – the religious component of the Holy Festival – is observed here in the spring. It was created before to the 12th century AD and was favoured by the Ahom and Koch Kings. Thaans are a different type of place of worship. Usually sparked by a fetish, such as an ancient tree or stone, and then converted into a place of formal devotion.

Mosques are Muslim places of worship. There are seven (7) maszids in the Mangaldai area, including Saru Maszid, Sahitya Nagar Maszid, Islampur Maszid, and others.

Bar Maszid is one of the District’s two oldest mosques, and it is located in the centre of Mangaldai Town.

Engil Baba’s Mazaar, also known as Engil Fakeer’s Mazaar, is located in Kabarstaan (Graveyard). The architecture is quite well-designed. Every Thursday, Hindus and Muslims come together for prayer. Every year on February 5th, Urus Mubarak is also celebrated here.

How to Get There: All of the following locations are well accessible by road and can be reached in one and a half hours by car.

Koch Kings took over Darrang from the Bhuyans in 1615 AD. The majority of these ponds were formed throughout these two time periods. During British administration and the post-independence period, many big ponds were also developed.

Thousands of migrating birds visit this beel, providing an excellent chance for bird watchers. It is close to Hazarikapara (Sipajhar) How to Get There: NH 15 runs through Hazarikapara. Accommodation: At Hazarikapara, there is an Inspection Bungalow (constructed by the PWD Dept.). There is also a Rest Stop nearby.

Bird watchers have another option. Every year, hundreds of migrating birds visit this beel. Baladev Pukhuri: A beel encompassing 48 Bighaas, located near Baldevpara, west of Sipajhar, was built during the time of King Dharma Narayana. It now serves as the Government Fishery.

A massive pond with an area of 20 Bighaas in Barkaliyajhar hamlet that was built during the time of King Jaypal. This pond’s water is incredibly pure and stays above ground level!

Orang National Park, sometimes known as the “Miniature Kaziranga,” is located near Silbori on the north bank of the Brahmaputra River. It has a land area of 78 square kilometres.

Animals include the one-horned rhinoceros, the Royal Bengal Tiger, the barking deer, the elephant, the leopard, the sambar and the hogdeer, the pangolin, the civet cat, and the otter.

Inside the park, there are two (2) Inspection Bunglows. One is in Silbori, while the other is in Satsimlu, both in the forest. Nalbari is getting a tourist lodge (Tourist Department). Tezpur also has a Government Tourist Lodge, a Circuit House, and various moderately priced private hotels. In Mangaldai and Rowta, there are also hotels and lodges.

Best Time to Visit in Darrang

Darrang is best visited during the winter and early spring months of November to March.

How to Reach Darrang

To get here from outside the state, use the air, train, or bus to Guwahati. From Guwahati to Mangaldai, there are regular public buses. Taxis and other modes of transportation are also readily accessible.
The district is well-served by both land and water transportation.
NH 15 is the primary east-west route that runs across the district, linking it to the neighbouring districts of Kamrup, Udalguri, and Sonitpur.
Furthermore, because the district’s northern boundary is bordered by the Brahmaputra River, the district benefits from water transportation. From Upper Kurua to Guwahati, there is a Steamer service. A passenger ferry service is also available from Kadamtali, near Kharupetia.

The nearest airport is at Azara (Guwahati), which is 77 kilometres from Mangaldai District Headquarters. Saloni (Tezpur), 110 kilometres east of Mangaldai, has another airport.