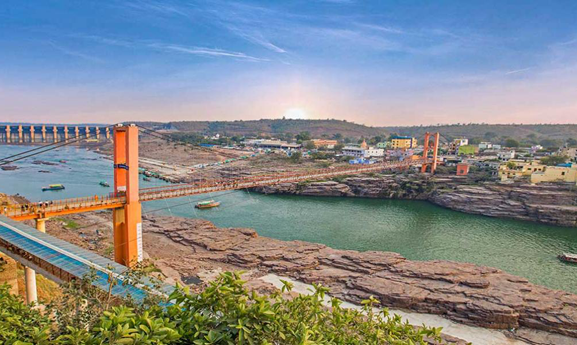 Alirajpur is located in the Malwa area of Madhya Pradesh, a mystical state (western part of MP). Alirajpur, with its various tourist attractions, proves to be a popular holiday spot for art lovers. To begin with, the region is well-known for its unique and stunning wood carvings.

Best Places to Visit in Alirajpur

Katthiwada, another tehsil in Alirajpur district, is well-known for its natural beauty. The district receives the most rain in the Katthiwada region. During the rainy season, a natural waterfall begins and natural beauty emerges in a beautiful manner, becoming the centre of attention for travellers. This region is also well-known for the world’s most famous mango variety, Nurjahan.

The weather in Alirajpur in October and December is mild and pleasant during the day.

How to Reach Alirajpur

While Alirajpur has decent railway connectivity, the nearest railway station to the town is Dahod (Gujarat) railway station, which is 75 kilometres away. A new railway line between Dahod and Alirajpur is being built and will be operational shortly.

By road, there are numerous options for getting to Alirajpur. There are numerous direct bus routes from Indore (200 km) to Alirajpur, and you may also get to Alirajpur via cab. Dhar and Badwani districts in the east, Gujarat in the west, Jhabua district in the north, and Maharashtra state in the south are all within driving distance of Alirajpur district.