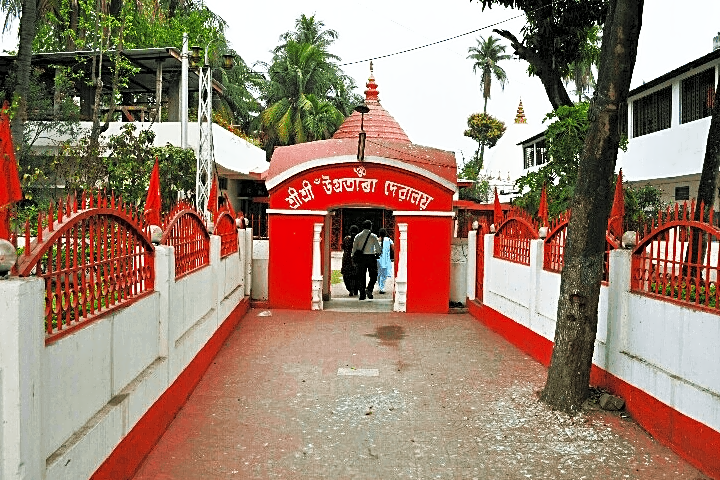 Karimganj is a city in the Indian state of Assam‘s Karimganj District. It serves as the district’s administrative centre. The city of Karimganj is located at 24.87°N 92.35°E. Karimganj has a total size of 16.09 km2. It stands at a height of 13 metres on average.
Karimganj is home to several hill ranges, including the Adamail and Duhalia ranges, as well as magnificent rivers like the Kushiyara and Longai rivers. The beauty of Karimganj may be judged by the fact that the railway trip that runs through it is regarded as one of India’s most scenic rail lines.

Best Places to Visit in Karimganj

Son Beel, also known as Shon Bill, is a picturesque and captivating lake that is the second biggest seasonal wetland in Asia and the largest wetland in Assam. The most astounding feature of Son Beel is that it transforms into a farm field for rice production throughout the winter until March, after which it fills with water and becomes a lake. The lake’s shallow depth causes it to overflow during the rainy season, where it meets the Kushiara River through the Kakra River and goes to Bangladesh. The lake creates a beautiful environment with hills on both the east and west sides. River Shingla, which originates in Manipur, serves as Son Beel’s intake and outlet. Son Beel is well-known for its fisheries, and it is one of the key fish producers for the entire district of southern Assam. Son Beel is best visited during the rainy season, which begins in March and lasts until the beginning of winter.

Until then, the lake is full of water and provides a vista that is difficult to get anywhere.

POPULAR THINGS TO DO & SEE IN AND AROUND:-

The captivating seasonal wetland is home to several Hizol trees (Barringtonia Acutangula), which provide an incredible perspective of the lake. The trees stand tall in both the dry and rainy seasons, and the half-merged Hizol trees are a draw. Aside from that, dawn and sunset near the lake provide a colourful backdrop with sun rays reflecting in various ways. The night sky is filled with stars, and the lake glows in the dark.

Son Beel is easily accessible from Karimganj, which is only 43 kilometres distant and takes 51 minutes to get to. To go to the magnificent and seasonal wetland Son Beel, you may use numerous modes of transportation such as government buses, private taxis, and so on.

“In November 1857, three companies of the 34th Native Infantry stationed at Chittagong mutinied and marched in the direction of Comila, where they turned off into the jungles of Hill Tippera, where they subsequently emerged in the south-east of the Sylhet district after burning their lines, breaking open the jail, and plundering the treasury.” Their plan was to go south of Cachar and into Manipur. Mr. Allen was resolved to intercept them as soon as he became aware of their activities. Major Byng, commander of the Sylhet Light Infantry (now the 8th Gurkha Rifles), started out with roughly 160 troops and arrived in Pertabgarh, some eighty miles away, in thirty-six hours. Then, knowing that the rebels were due to pass via Latu, which was twenty-eight miles distant, he undertook a night march there and arrived early the next morning.

Soon after, the rebels, totalling around 200 people, appeared. They tried to stop the Hindustanis, who made up half the unit, with insults and appeals, but all they got was constant fire, which forced them to battle with a loss of twenty-six slain. Major Byng was also assassinated. His replacement in charge did not deem it prudent to pursue them into the bush, but a few days later, after entering the Cachar area, they were assaulted by another unit of the Sylhet Light Infantry led by Lieutenant Ross, and were forced to battle once again.” (From E.A. Gait’s History of Assam, pp. 378-79.)

“The government has 300 soldiers in Chittagong. When word of the mutiny reached them, these three hundred troops rose up in revolt. They stole Rs. 278267 from the collector’s office, grabbed three elephants, released prisoners, and marched across Tripura to Sylhet. They obtained food from Souchh Ali Khan, the aged father of Maulavi Ahmed Khan, the Zaminder of Lungla, by coercion. It was only after great hardship that Zaminder was able to prove his innocence. When Major Byng of the Sylhet Light Soldiers heard the news, he immediately marched his infantry towards Pratabgarh. When they arrived, they discovered that the sepoys had gone for Latu. Major Byng and his troops set out towards Latu right away, leaving half-cooked rice behind. The British forces encountered the insurgents at Latu bazar.

The insurgents sought refuge on the malgar (treasury) hilltop on the river’s side and began firing on British soldiers. The troops were stationed on the nearby bank. Major Byng was killed in the first round. Five more troops were killed shortly after, and one was critically injured. SubedarAjodhya Singh shown exceptional talent and triumphed in the duel. The battle of Latu is named after this episode. The rebels left behind 26 of their dead colleagues and concealed themselves in the woods.” [From Srihatter Itibritta in Bengali: Achyut Charan Tatwanidhi. This English translation is from Mutiny Period in Cachar: Edited by Dr. Sujit Choudhury].

A Mughal-era fort located on the banks of the Barak River in Assam’s Karimganj district. Badarpur Fort is located in Assam’s Karimganj district and is a popular tourist site. It was constructed during the Mughal Empire. It is located on the banks of the Barak River. Badarpur Fort is around 27 kilometres from Karimganj city and can be reached by bus or taxi. To get to this fort, take a cab from Silchar Airport. State buses and private buses run frequently between Karimganj and other towns and cities, and bus stops have plenty of taxis and auto rickshaws to transport you to the fort.

Sutarkandi is the international border between India and Bangladesh and is well-known for its international commercial centre. This area is used for the export of fruits, silicon, and coal. The location is in the Assam district of Karimganj. The area has a lot of potential for tourism, and the state government of Assam is working on it. It is 14 kilometres from Karimganj and has the main customs checkpoint for commerce traffic.

One of the two popular attractions to visit in Sutarkandi is the International Trade Centre, which is located close the Indo-Bangladesh border. The second is the Indo-Bangladesh Border, where you will find several BSF and Bangladesh soldiers defending their respective nations, giving you a comparable picture of the Wagha Border between India and Pakistan.

The location is quite close to Karimganj, and state government buses travel through it. You may just catch a bus to Sutarkandi and be there in a reasonable amount of time. Other modes of transportation, such as auto rickshaws and taxis, are also available for rent. You may also take a private automobile from neighbouring cities to go to this location.

Best Time to Visit in Karimganj

It is advisable to visit the town between October and February.

How to Reach Karimganj

Karimganj, in the state of Assam’s southern region, offers a variety of different forms of transportation that allow it to be readily accessible from all areas of the nation. To get to the location, travellers can use road, rail, and air transportation.

The Kumbhigram Airport in Silchar is the closest airport to the area. From Kolkata, one may fly to this airport and then go to Karimganj.

Badarpur Junction, some 32 kilometres from the town, is the district’s closest railway station. Tourists can take a bus or a cab from here to get to their preferred location.

This town boasts a well-kept road system that allows visitors to go from one location to another without difficulty. On the route linking Silchar and Karimganj, there are both private and government buses.