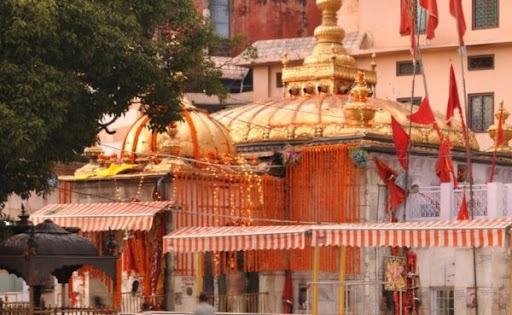 Madhepura is a municipality located in Bihar‘s Madhepura district. Madhepura district is located between 25 31 and 26 20 degrees latitude and 86 36 to 87 07 degrees longitude. The highest temperature in this district is between 35 and 40 degrees Celsius, while the lowest is between 7 and 9 degrees Celsius. In this district, the average rail fall is 1300mm. Madhepura’s history may be traced all the way back to the Kushan Dynasty of Ancient India. The descendants of the Kushan Dynasty may be found in the villages of Basantpur and Raibhir in the Shankarpur block. The Mauryan pillar at Uda-kishunganj asserts that Madhepura was formerly part of the Maurya Dynasty.

Best Places to Visit in Madhepura

Singheshwar Asthan is located eight kilometres from Dauram Madhepura (N.E Railway), which is the headquarters of the same-named block. The hamlet is known for an old Shiva temple, which is located around 7 kilometres north. The Shiva lingam in the Singheshwar Asthan temple was built by Sringa Rishi, according to tradition. Shring Rishi was the one who conducted the Putrayeshti Yajna for King Dasharath, and he was later blessed with four sons as a result. The influence of this mythology may be observed in the high number of childless ladies who come to conduct puja here on a daily basis. On the festival of Shivaratri, a month-long fair is conducted, which is one of the largest in the state.

Nayanagar Durga Sthan, located 11 kilometres from Gwalpara Block HQ and 35 kilometres from Madhepura Distt. HQ, is known not just for Manokamna Siddhi in Mahdepura but also in the surrounding regions. For the completion of their Manokamna, the devotees make a flower and Bipatra gift to Goddess Durga. It is often believed that whomever makes a gift to Goddess has his manokamna fulfilled.

Best Time to Visit in Madhepura

How to Reach Madhepura

By road and train, Madhepura is well connected to the rest of the country.

Buses go frequently from the main highways bus station to all major cities. However, if you travel to the Madhepura district’s interior, there are a few additional bus stops, like Murliganj bus stop, Gamhariya bus stop, and Singheshwar bus stop, all of which get a lot of traffic.