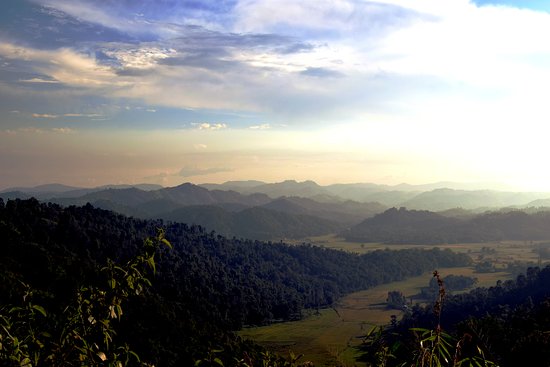 Shikdamakha village (One of the Cleanest villages of Assam):

Shikdamakha is a picturesque village situated in the Umswai Valley of West Karbi Anglong District.

The community has already established itself as an example of cleanliness and aesthetics.

Koka is a town in Assam’s West Karbi Anglong district. Koka picnic area is one of Assam’s most beautiful but little-known destinations. It’s around 30 kilometres from Lanka town and 110 kilometres from Diphu. The hills and natural beauty are well-known. It is a photographer’s dream come true for nature enthusiasts and photographers interested in nature photography.

Amreng is 80 kilometres from Hamren and 30 kilometres from Lanka town. Amreng is a river cape located between the Kapili River and its branch, the Amreng River, and is known for its distinctive natural beauty. It is surrounded by mystic blue hills and evergreen forest. Panimur, Koka Hills, and Amreng are various names for the same region on tourist maps.

How to Reach West Karbi Anglong

The district does not have a railway station. The nearest train station is at Hojai, which is 48 kilometres from Hamren. Buses and rental automobiles are accessible from Hojai.

The district does not have an airport. Guwahati’s Lokapriya Gopinath Bordoloi International Airport is the closest airport.