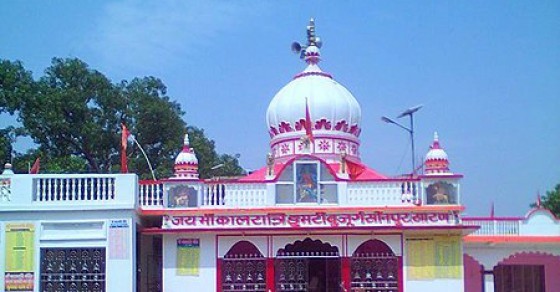 Saran is one of the thirty-eight districts that make up Bihar state in India. Saran is one of the six Sarkars (Revenue Divisions) that make up the province of Bihar, according to the historical backdrop recorded in Ain-E-Akbari. There were eight Sarkars, including Saran and Champaran, when Diwani was granted to the East India Company in 1765.

Best Places to Visit in Saran

The location is approximately 37 kilometres east of Chapra and 4 kilometres west of Dighwara. It is reported that in ancient times, there was a Dirghdwar near Dighwara Railway Station, which is how the town got its name. Aami is home to an ancient temple known as Amba asthan. Near the temple, there is a garden and a deep and broad well where water continues all year and never runs dry. A believer from afar has come to give oblation in her remembrance over this YagyaKunda. During the Navratras of April and October, believers from all over the world come to pay their oblation. The water brought here by lacs of people evaporates in the Kunda.

It is also the headquarters of SonepurAnchal and is internationally known for the enormous fair conducted on the occasion of Kartik Purnima. Sonepur is a Nagar Panchayat known for having one of the largest railway platforms in India. The religious significance of Sonepur Mela is due to the temple of ShreeHariharnath and the site of the battle of Gaj-Grah and the rescue of the former by Hari. Hindus consider Ganga Snan, or ritual bathing in the Ganga, to be especially beneficial around Kartik Purnima. On the day of the full moon (Kartik Purnima), a large crowd gathers to bathe. The Mela begins on that day and lasts for over a fortnight.

During the Mela time, the Shiva temple, Kali temple, and other temples and historical religious monuments are located here, and social and commercial activity are at their pinnacle. People come here to pay their oblation to the lords, hence its significance extends beyond Sonepur, Bihar, to India and the rest of the world.

This location is located to the north of Parsagarh and contains many archaeologically significant exhibits. On the banks of the Gandaki River, there is an ancient temple of BhagwanDhadheswarnath, which contains a massive Shiv Ling made of stone.

Gautam Rishi’s Ashram is located 5 kilometres west of Chapra. According to religious beliefs, Ahalya was purified here. The epic Ramayan mentions Gautam Rishi, who cursed his wife, who turned to stone.

According to the child episode of Shiv Puran and Ram Charitra Manas, this is a significant location. Narad’s mohbhan illustrates what it’s like to be here. This historic site is located 28 kilometres from Marhowra. Every Shivratary mela is held here, and devotees of Baba Shilanath come to pay their respects.

Chirand is located 11 kilometres south of the district headquarters, near Doriganj Bazar, on the north bank of the Ghaghra River. The dig there uncovered a four thousand year old established culture of the Pashan era. Chirand’s residents worked on animal husbandry, agriculture, and hunting. The new Pashan age culture was first displayed in India. Chirand had grown into a significant urban centre.

Best Time to Visit in Saran

The greatest time to visit is from June through October, when there is a pleasant monsoon.

How to Reach Saran

To get to Chapra, you can use a variety of forms of transportation (District HeadQuarter). Buses and railroads are available, and buses may be taken directly to Chapra.

Chapra has its own railway station, Chapra Junction, which offers regular services to all important destinations. You may thus take direct trains to Chapra, which is the best choice. Train costs are also less expensive than bus fares, however to travel comfortably by train, tickets must be purchased in advance. New Delhi, Anand Vihar, Mathura, Chennai, Guwahati, Howrah, Mumbai, Ahmedabad, and Pune will all have frequent trains passing via Chapra.

Buses to Chapra will run on a regular basis from Patna, the state capital. Patna, the capital of Bihar, is around 70 kilometres away from Chapra. The majority of buses will be managed by the state government or private companies.

The following are some of the major stations/routes from which frequent bus service to and from Chapra is available: