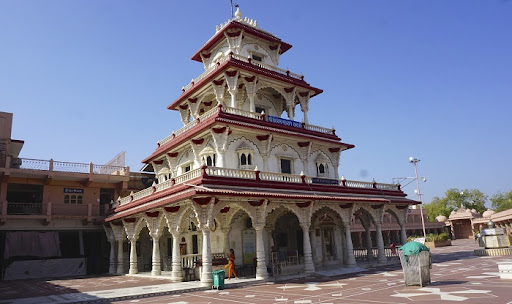 Nadiad is the administrative centre of the Kheda district in the Indian state of Gujarat. The Nadiad Municipal Corporation is in charge of the city. Santram Mandir, Mai Mandir, the ancient Swaminarayan temple established in 1824, and the Anand and Hari Om Ashram are also worth seeing.

Galteshwar is an important historical and religious site in Gujarat’s Thasra taluka in the Kheda district. This sacred site is located at the sangam (meeting point) of the Mahisagar and Galti rivers. This Galteshwar Mahadev, located 10 to 12 kilometres from the famed Dakor’s Thakorji, receives over 25 lakh worshippers and tourists each year. Despite several indecisive efforts to finish the incomplete summit, this temple is now devoid of the pinnacle.

When Siddharaj Jaysingh arrived in Kheda district, the soldiers felt secure staying at Kapadwanj. It was a forest-covered country. Somadat Pandit of Siddharaja is supposed to have suffered leprosy. There was a pool of water before Kundavav, and he slid in it, and his sickness died. As a result of these marvels, Dharmisth King decided to create kund vav.

Narayan Dev and Mahalakshmi sculptures were discovered during excavation and remain at Kapadwanj.

Vaso, a Patidar hamlet, located 16 kilometres from Nadiad. Darbar Gopaldas and Mahendrishibhai’s Haveli are two names for this village. This mansion dates back 250 years. Wooden artwork may be seen in every area of the haveli. The Haveli’s owner, Mahendranbhai Desai, was a former MLA. The ceilings of the mansion’s rooms are similarly fashioned of seam wood. The haveli is divided into two and a half bighas. Despite the fact that wooden peelers and carving have been around for more than two centuries. Paintings by Fesko that were created with natural colours over the course of several years were highly regarded.

A unique hot water pool in Lusundra hamlet, Kathlal taluka, Kheda district. The area is home to a magnificent temple dedicated to Somnath Mahadev. There is a lake nearby. There is a lovely darshan of Nature (prakruti) where the river’s water runs through the scattered cast of Mahadev. A hot and cold water cistern is located in front of the shrine. It’s a wonder Kund water never smells musty.

Dankarishi made Mahadev pleased by performing penance in ancient times; the temple of Dunkahnath Mahadev on the Gomati shore and the name of the town suggested by Dankarshijan is dankpur, which is now known as Dakor. Dakor is home to tourist attractions such as Dunkanath Mahadev, Padukaji, Gangabai Tula, Sri Lakshmiji’s temple, Shardamatha, Radhakunda, Mangal Seewandham, Gomtighat, and Naukavihar. 35 kilometres from Nadiad and a well-known temple in central Gujarat. Every Punam, a large number of people visit such a location.

Sahajanand Swami began building on the temple in the Chaitra Sadan in 1878 and finished it in the Kartik month of 1881. Instead of labourers, sadhus saints and satsangists work on bricks and lime, baking, and every other job and building services. On total, 9lacs of bricks were used in the temple’s foundation. Sahajanand Swami took 37 bricks alone. 35 bricks were utilised in the seat of Lakshminarayan’s idol.

In Pariej, there is a large lake, a small lake, and Ratadewar lake. A great number of birds may be seen in the lake near the Gulf of Khambhat. Common, payvar, and Aayavar were discovered around the lake. Saras is the most well-known bird in this area. Saras is exclusively found in Gujarat and Uttar Pradesh in India. The main lake of Pariej has an area of 12 square kilometres. It has an usual depth of 8 feet and a maximum depth of 10.5 feet. The lake is filled mostly by water from the Ahinkal and Narmada canals. The Pariyeaj lake is home to a variety of birds, the most notable of which is the SarasBeldi. These ponds are frequently visited by tourists and bird watchers. As a result, the state government plans to develop this area as a tourism destination.

Nadiad is famous for its temples and a few other attractions in and around the city. Devotees visit this region all year, but the ideal time to visit Nadiad is between October and March.

How to Reach Kheda (Nadiad)