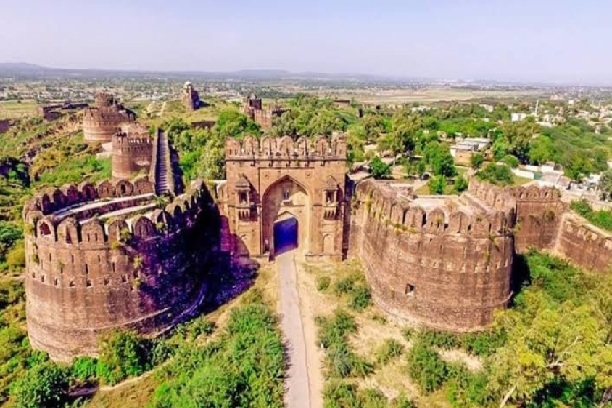 The district of Rohtas is one of Bihar‘s thirty-eight districts. It was formed in 1972 when Shahabad District was divided into Bhojpur and Rohtas. Sasaram is the district’s administrative centre. Rohtas has a long and fascinating history. The Bhars, Cheers, and Oraons are the primary representatives of the district’s plateau area, which has been home to aboriginals since prehistoric times. The Kherwars, according to tradition, were the first settlers in the steep areas surrounding Rohtas. In addition, the Oraons claim to have reigned over the region between Rohtas and Patna.

According to tradition, monarch Sahasrabahu is also linked to Sasaram, the district headquarters of Rohtas. Sahasrabahu is said to have fought a horrific battle with Saint Parsuram, the mythical Brahmin Protector, in which Sahasrabahu was murdered. Sahasram is thought to be formed from the words Sahasrabahu and Parsuram. Another tradition links the ROHTAS hill to Rohitashwa, the son of Raja Harishchandra, a well-known monarch famed for his piety and honesty.

Best Places to Visit in Rohtas

Sasaram is a historically significant city. Sher Shah Suri is another name for the city. Sufi shrines are locations of religious importance in Rohtas Maa Tara Chandi Temple, Gupta Dham.

Sher Shah Suri’s tomb is located in the town of Sasaram in the Indian state of Bihar. The tomb was constructed in honour of Emperor Sher Shah Suri, a Pathan from Bihar who fought the Mughal Empire and established the Suri Empire in northern India. On 13 May 1545 AD, he was killed by an accidental gunpowder explosion at the fort of Kalinjar.

This tomb is an example of Indo-Islamic architecture, constructed by the architect Mir Muhammad Aliwal Khan and built between 1540 and 1545, this red sandstone mausoleum (122 ft high), which stands in the middle of an artificial lake, is renowned as India’s second Taj Mahal.

The tomb is located in the centre of the lake on a square stone plinth with domed kiosks and chhatris at each corner, as well as stone banks and stepped moorings on all sides of the plinth, which is connected to the mainland by a large stone bridge. The main tomb is built on an octagonal design and is crowned by a dome that spans 22 metres. It is encircled by decorative domed kiosks that were once covered in coloured glazed tile work.

The tomb was constructed during the reigns of Sher Shah and his son Islam Shah. It was completed on August 16, 1545, three months after Sher Shah’s death, according to an inscription.

Best Time to Visit in Rohtas

Best time to visit Sasaram is in the months of winters or during post monsoon season, when weather remains pleasant. How to reach Sasaram is not a major concern these days, as this place is well connected with major cities of the country through airways, railways and roadways. Nearest airport to Sasaram is located in Gaya, at a distance of 97.4 Km from here. Nearest railway station to Sasaram is the Sasaram Railway Station, which is located at a distance of 100 km from Varanasi. Regular services of public and private buses connect the city with other cities of the state.

How to Reach Rohtas

Instead of Sasaram, you can take a normal flight from Patna Airport.

Sasarm is on the Indian Railways’ Grand Chord Section (Howrah-Gaya-Delhi route). Regular trains go to Sasaram from all of the country’s main cities.