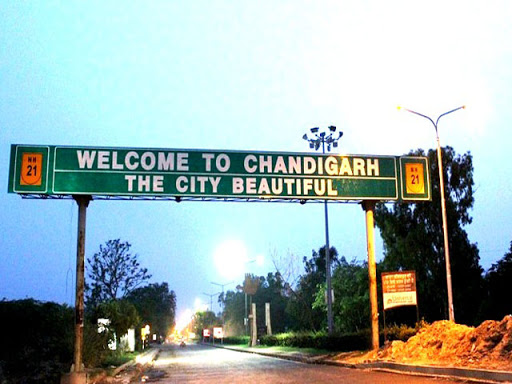 Le Corbusier, a Swiss-French modernist architect, created Chandigarh, the capital of the northern Indian provinces of Punjab and Haryana. The Capitol Complex, which houses the High Court, Secretariat, and Legislative Assembly, as well as the massive Open Hand Monument, are among his works. The adjacent Rock Garden is a park with stone, recycled ceramics, and industrial relic sculptures.
Chandigarh, often known as the City Beautiful, was planned by Swiss-French modernist architect Le Corbusier. Apart from its architecture and structures, such as the Capitol Complex, the High Court, the Secretariat, the Legislative Assembly, and the massive Open Hand Monument, the city is also known for its clean streets and vegetation.

The city has a long and illustrious history. In the past, the gradually sloping plains on which contemporary Chandigarh stands were a large lake surrounded by a marsh. The fossil remains discovered at the site suggest that the habitat supported a diverse range of aquatic and amphibian species. The Harappans were known to live in the area around 8000 years ago.

Best Places to Visit in Chandigarh

Best Time to Visit in Chandigarh

Chandigarh’s winter season begins in October and lasts until the end of February. Tourists that visit during this season will experience a frigid and chilly climate, with temperatures ranging from 3°C to 23°C.

How to Reach Chandigarh

Chandigarh International Airport serves not just Chandigarh, but also the nearby towns of Panchkula and Mohali, as well as several of Himachal’s southern districts. The international airport connects Chandigarh with a number of national and international locations with flights operated by seven airlines, including Indigo, Spicejet, and Air India. To get about the city, travellers can either hire a private cab or use public transportation such as buses or automobiles.

The city’s major rail station is Chandigarh Junction Railway Station (CDG). It runs short- and long-distance trains to and from cities like as Delhi, Ambala, Panipat, Shimla, and others.

Road trippers may easily reach Chandigarh from nearby cities thanks to a well-maintained network of roads and expressways. The city’s principal arterial highways are the Ambala-Chandigarh Expressway, Khuda Lahore Road, Jan Marg, Sukhna Path, and Shanti Path. The primary gateway for both public and private buses is the Chandigarh Bus Terminus. Outside the bus terminal, there are several public transportation options that tourists may use to go about the city.