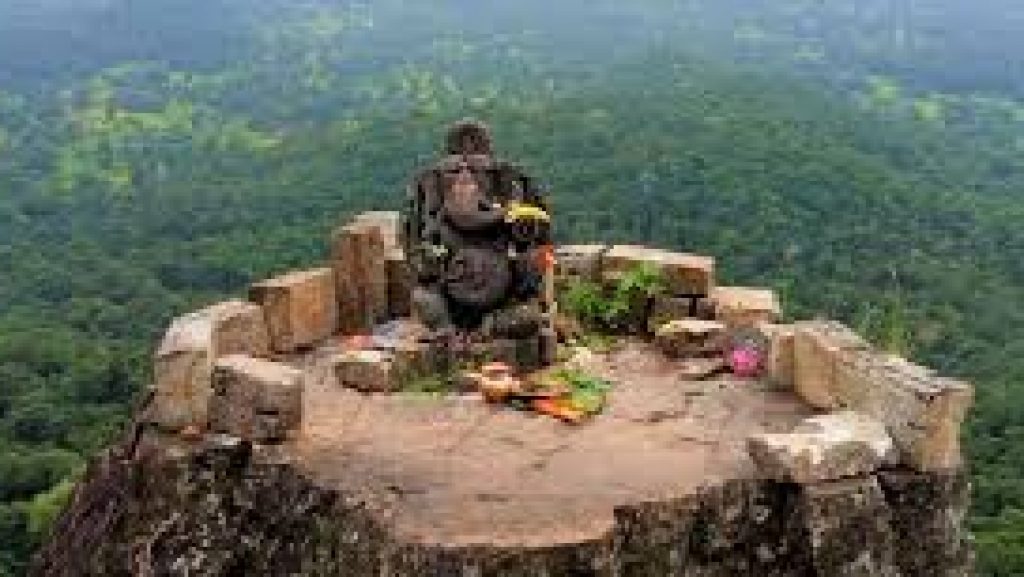 Dantewada is a town and a municipality in the Dantewada district of Chhattisgarh, India. It serves as the administrative centre of the Dantewada District. It is the division’s fourth most populous city. Dantewada is a lovely district in the state of Chhatisgarh’s southern bastar region. Beautiful towering and lengthy range of hills with dense green saal and teak forests abound throughout the area. The Indravati, Godavari, and Shabhari rivers run through the area. Many panoramic vistas are created by these rivers, and water falls in a number of locations across the region.

Historical sites such as Barsoor, Bhadrakali, and Dantewada are also worth seeing in addition to the scenic splendour. The Bailadila Iron Ore Project Township, mines, parks, and hilltop habitations of Aakash Nagar and Kailash Nagar are all sights that must be seen on a visit to Dantewada.

Best Places to Visit in Dantewada

Samlur is located around 9 kilometres from the District Headquarters in Dantewada. Here is an ancient Shiva Temple that is mostly intact and is routinely revered by the devotees.

Bacheli, located 28 kilometres from the District Headquarters in Dantewada, is well-known for producing the best iron ore in the country. The mining operation is carried out by NMDC in the towns of Bacheli and Kirandul on the Bailadila mountains.

Barsur, once the capital of Nagavansh Raja Banasur, is a popular tourist attraction for those interested in history and ancient sculptures. This little hamlet is teeming with ancient gems.

Located in the midst of a lovely green hills area Fulpad is an adventurous destination for those who enjoy hiking and environment.

Dholkal Ganesh is a lovely location located 3000 feet above sea level in the Bailadila Mountain ranges of Dantewada District. The primary feature of the site is a 3 foot exquisite stone statue of Lord Ganesha said to have been created during the 10th and 11th century under the Naga kingdom. This site, located 13 kilometres from the district headquarters in Dantewada, is a haven for nature enthusiasts and people who enjoy trekking over lush green hillocks.

Temple devoted to Ma Danteshwari, the most venerated Goddess of Bastar and one of the 52 Shakti Pithas. Sati Devi’s teeth are said to have fallen here, giving rise to the name Dantewada.

Dantewada is a lovely district in the southern bastar area of Chhatisgarh state. The area is endowed with a stunning tall and lengthy chain of hills covered in dense green saal and teak forests. The rivers Indravati, Godavari, and Shabhari run through the area. These rivers create several panoramic views and water falls around the area. Aside from the scenic splendour, historical sites like as Barsoor, Bhadrakali, and Dantewada are also worthwhile visits. The Bailadila Iron Ore Project Township, mines, parks, and hill top habitations of Aakash Nagar and Kailash Nagar are sights that should not be missed during a visit to Dantewada.

Dantewada, a very ancient town in India, had been the capital city of a magnificent Kingdom in its golden era. In prehistoric times, this settlement was known as Tarlapal and Dantawali, as shown by stone sculptures unearthed in the region. The town’s primary attraction is a magnificent temple dedicated to Goddess Danteswari. This temple, which is one of the country’s Shaktipithas, is frequented by devotees from all across the country throughout the year. This temple, built mostly in the South Indian style of (temple) architecture and located at the confluence of the holy rivers Shankini and Dhankini, provides a wonderful sensation of tranquilly and enormous delight to devotees who come. Aside from Danteshwari temple, the temple of Bhairm Baba is also historically significant.

Mountain range well-known around the world for its massive and high-quality iron ore reserves. In this range, 14 reserves have been found, with mining operations underway in three of them. Because this mountain range features peaks that resemble ox humps in several locations, it is known in the local language as “BailaDila,” which means “ox hump.” Bailadila is an industrial region that has been separated into two towns: Bacheli (29 kilometres from Dantewada) and Kirandul (41 KMs from Dantewada). The iron ore mines are located in the mountain range’s highest point, known as “Aakash Nagar,” and can be visited with prior permission from the NMDC (National Mineral Development Corporation).

A 22-kilometer-long Ghat Road carries visitors from Bacheli to Aakash Nagar, thrilling them with serpentine curves and providing a bird’s-eye view of the whole region during the voyage. Apart from learning about NMDC’s mining activities, tourists may relax in the peaceful neighbourhood of Aakash Nagar, which stretches into the blue sky and provides visitors with a panoramic view of the lush woods and stunning sceneries. Similarly, a 12-kilometer Ghat Road from Kirandul carries travellers to Kailash Nagar, another peak in the Bailadila range. Kailash Nagar is just as lovely as Aakash Nagar. One can locate the uncommon and magnificent deposits of “Blue Dust,” the sand-like blue coloured Iron Ore, which satisfies one’s desire to come into contact with mother nature’s beauties. Buses and private taxis are accessible from Dantewada at regular intervals for both Bacheli and Kirandul.

A tiny town called Geedam is located 75 kilometres from Jagdalpur on the road to Dantewada, while a village called Barsur is located 24 kilometres to the north of Geedam. During the reign of the Gangawanshi monarchs in 840 A.D., the little peaceful town of Barsur served as the seat of authority. Barsur, located on the banks of the Indrawati River, is well-known as the city of temples and ponds. In the heyday of Barsur, it is said that there were 147 temples and an equal number of ponds here. Even though Barsur has progressively lost its splendour over the centuries, the remains of several temples that may be seen here continue to draw people’s interest.

Mama-Bhanjaa temple, Chandraditya temple, Battisa temple, and a massive statue of Lord Ganesha are among the temples worth seeing. Aside from these buildings, a large pond from prehistoric times is worth seeing. Taxis are accessible from Geedam at regular intervals.

The river Indravati splits into seven sections 6 kilometres from Barsur, forming a minor cascade. This location, which is completely covered in deep green trees, exemplifies the beauty of the mix of the river, water, and mountains. Sath Dhar is an ideal picnic location because of its natural beauty and tranquil surroundings. Gamawada’s Memory Pillars 14 kilometres from Dantewada, on the route to Bacheli, lies the little settlement Gama Wada, where enormous stone pillars attract tourists to see the age-old traditions of the indigenous tribes. These massive stone pillars, constructed decades ago by the locals, are essentially remembrance pillars devoted to their ailing elders and relatives. Conveyance: Buses and taxis run at regular intervals from Dantewada.

The winter season, which lasts from November to March, is the greatest time to visit Dantewada.

How to Reach Dantewada (South Bastar)

Dantewada is easily accessible by road from Raipur, the state capital. Many buses run throughout the day to traverse the 400 kilometres between Raipur and Dantewada, including luxury buses with air conditioning and berths at night.

Buses to Dantewada are also accessible from other important cities in Chhattisgarh, including Bilaspur, Durg, Dhamtari, Kanker, and Jagdalpur, in addition to Raipur.

Dantewada is also accessible by train, with two daily trains connecting it to Vishakapattanam.

The closest airport is at Jagdalpur, which is 88 kilometres away from Dantewada.