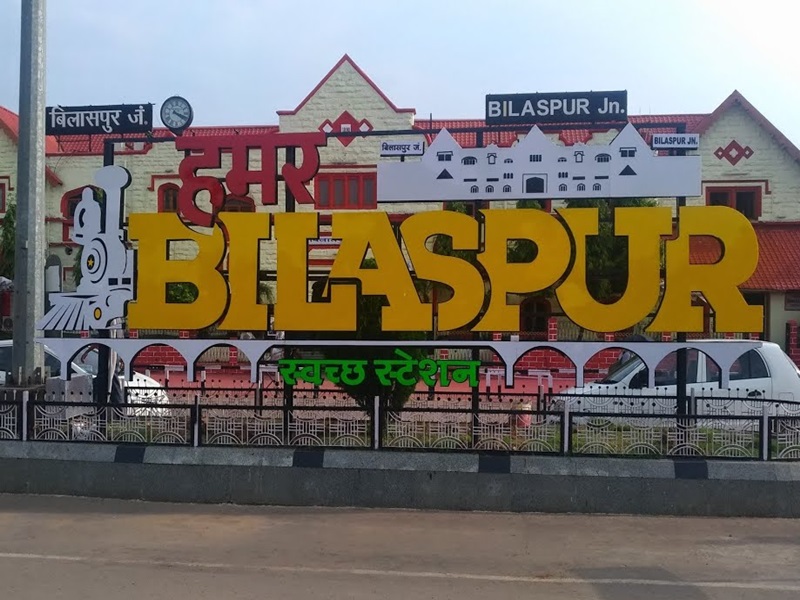 Bilaspur is a city in the state of Chhattisgarh in central India. The twisting Arpa River divides it. Ratanpur and Malhar, two adjacent villages, are famed for their old, elaborately carved Hindu temples. The Khutaghat Dam is framed by hills to the north. Achanakmar Wildlife Sanctuary is a tiger reserve located northwest of the city. Leopards, flying squirrels, and wild dogs live in the bamboo and teak woods. Bilaspur, popularly known as “The City of Festivals,” is a city in the Indian state of Chhattisgarh, located in the Bilaspur District. Bilaspur is noted for its scented ‘Doobraj’ rice variety, as well as handloom woven colourful soft Kosa silk sarees.

Best Places to Visit in Bilaspur

It is about to travel back in time and be enchanted by timeless sculptures. Tala, the region of eternal and exquisite stone carvings, is located on the Maniari River’s bank near the town of Ameri Kampa. Tala, also known as the Sangamagrama described in the Panduvamshis of Mekala’s chronicles, is located at the confluence of the Shivnath and Maniari rivers. Tala, well known for its Devrani-Jethani Temples, was found in 1873-74 by J.D.Welger, an assistant to the well-known archaeologist Alexander Cunningham. Historians believe the Tala settlement dated from the 7-8th century AD.

Sargaon Village, near Tala, is home to the Dhoom Nath Temple. This temple has Shiva Smaraks of God Kirari, and Malhar is only 18 kilometres away. Tala is a place of priceless archaeological digs that have unearthed amazing sculpting work. Intricately made stone carvings captivate archaeologists and historians. These magnificent excavations tell the storey of Tala’s prosperity from the sixth to the tenth centuries AD. However, different unearthed ruins and sculpture-style remind us that various Tala dynasties were Lord Shiva’s worshippers and propagators of Shiva cult. Perhaps this is why, even today, Shiva worshippers travel to temples here to perform numerous rites and recite the sacred Mahamrityunjay Mantra. Lord Shiva’s followers come here to worship and also to explore other excavations. Tala is also home to several temples constructed by the Nishad Samaj, including the Ram-Janaki Temple, Swami Purnanand Mahajan Temple, and Gaushala.

The Devrani-Jethani temple is around 15 kilometres apart. The Jethani Temple has fallen into disrepair. They are well-known for their outstanding carving work and pillars and are known as Shiva Temples. At the entrance to the Jethani Temple, there is a lovely ‘Chandrashilla’. The temple is made up of three parts: the GarbhaGriha, the Ardha Mandapa, and the Antraal. Decorative pillars on the staircase with Loard elephant statues guarding the sides of the internal chambers add to the magical atmosphere.

Tala is a place rich in exquisite sculptures from a bygone period that are shrouded in mystery. Many iconic statues excavated from Mother Earth’s womb have been preserved in Tala. Among these is the world-famous sculpture of Shri Chaturbhuja Kartikeya in Mayurasana, the slayer of Tarakasura. A magnificently made statue of Loard Ganesha flying fearlessly into the sky, towards the tranquil moon, may also be seen here.

Ganesha, the Dvi-mukhiLoard, is grasping his tusks and exudes enormous strength and pride. Ardhnarishwar, Uma-Mahesh, nagpurush, and other Yaksha statues share fantastic legends and stories about a lovely, historically rich area. A remarkable stone figure of Shalbhanjika, as well as several other sculptures, can be seen throughout the temple. Scientists and archaeologists have long studied the different sophisticated sculptures, but their origin appears to be buried in mystery.

For Indian sculpture and art, the Devrani-Jethani Temple is well-known. During the historic excavation at the Devrani temple in 1987-88, an incredibly unusual sculpture of Lord Shiva was discovered. The ‘Rudra’ picture of Lord Shiva reveals several aspects of the Lord’s personality. This one-of-a-kind Shiva statue from the Shaiva faith is made from various species. The sculptor appears to have employed every possible species as part of its anatomy, with the snake appearing to be a favourite. It may even appear that the development of life on Earth is being used as a motif for this creation. When it comes to its numerous body components, we may start at the top and work our way down.

Rudrasiva is mainly concerned with one particular statue. This massive monolithic binary picture stands 2.70 metres tall in the Sambhangamudra. In the perspective of the scriptures, this statue is a one-of-a-kind idol. There were various creatures in it, including human or devmukh faces and lion faces as human organs. Its head’s Jatamukut (turban) is made up of snake charmers. Because the statue’s rudrasiva cut, hands, and fingers are fashioned like a snake, it appears that the creator was fond of serpents and jewellery. Aside from that, each sapphire umbrella is placed above the shoulder on the upper section of the statue. Similarly, the left leg is wrapped like a snake serpent sign. Other species have lizards for peacocks, ears, coils, eyebrows, and noses, crabs for pieces of the mouth, and Capricorn for arms.

Seven human or deformities are created in various regions of the body. Because of its uniqueness, as previously stated, experts continue to debate the genuine identification of this monument. It is not commonly regarded as a kind of unique form of Shiva due to the lack of scientific portrayal of any known form of Shiva. The antiquity of the lock may be dated to the sixth century AD based on the building style.

Popularity: The poor are rewarded with the gift of prosperity, the sick are healed, and the disturbed find their strength restored at the feet of Luthra Baba. Pilgrims who lower their heads in front of Luthra Baba are said to never return powerless. Their prayers are fulfilled, and their ambitions are turned into accomplishments.

People of all religions gather here to fulfil their aspirations via various ceremonies. They deliver a new Chaadar (Gilaaf) and fresh rose petals at the Luthra Sharif. This is a symbol of their great faith and conviction that all of their hopes and aspirations will come true.

Malhar city is 14 kilometres from Musvur and is located on the route heading from Bilaspur to Shivri Narayan in the south-west of Bilaspur. Is positioned a long distance away. Bilaspur district has a latitude of 21.55 degrees north and a longitude of 82.20 degrees east, and in Malhar, life transitions from the stone age to the mediaeval period. The historic road from Kaushambi to the southeastern seashore passed through Bharhut, Bandhavgarh, Amarkantak, Khurud, Malhsur, and Sirpur. The ekmranamudra inscribed in Brahmav script by GamasKosaliya and discovered in Malhar excavations dates from the second century (Kosli Gram). Kosli, also known as Kosal Village, is located 16 kilometres from Malda Road. It is possible to start from the northeastern settlement of Kosla. The historic fortification of Kosala hamlet, as well as the ferry, still remain today, dating back to Samyugin of Maurya. He also received a coin from Kumbha King Vimcadfisys.

Bilaspur is 25 kilometres away on the major route to Korba. The old and magnificent history of Ratanpur’s sacred mythical city is the AdishaktiMahamaya Devi, which is located on the river’s banks. Tripuri’s Kalchurio established Ratanpur as his capital and expanded it for a long time. I was in charge. It is also known as ChaturugiNagri. That is, it has existed in four different epochs. Raja Ratnadeva I took the name Ratanpur.

Mahamaya Devi’s exquisite and gorgeous temple is roughly nine years old. Raja Ratnadeva I constructed it in the eleventh century. In 1045 AD, King Ratnadeva first arrived to Manipur for hunting, where he took a midnight rest on a tree. When the king’s eyes opened in the middle of the night, he noticed a magical light beneath a tree. It was wonderful to witness a meeting with Adi Shakti Shri Mahamaya Devi.

When they saw this, they lost consciousness. They returned to their city, Tumman, in the morning and chose to make Ratanpur their capital in 1050 AD. Shri Mahamaya Devi’s beautiful temple was established. The statues of Mahakali, Mahasaraswati, and Mahalakshmi Swarup Devi may be found within the temple. It is expected that this temple would house a yantra mantra centre. In Ratanpur, Goddess Sati’s right hand was dropped. By being self-aware, Lord Shiva earned the title of Kumbari Shakti Peeth. As a result, virgin daughters benefit from their mother’s worldview. The shadow is evident here during the Navaratri celebration. Devotees here are lighting thousands of Manashakumna Jyoti Uphras on this occasion.

KananPendari Zoo is well-known in Bilaspur. It is a tiny zoo on Mungali Road near Sakri, about 10 kilometres from Bilaspur.

Best Time to Visit in Bilaspur

The winter season, from October to March, is the finest time to visit Bilaspur.

How to Reach Bilaspur

Swami Vivekanand Airport in Raipur is the closest airport to Bilaspur. Bilaspur is 130 kilometres distant. It has good connections to major cities like as Bhopal, Indore, Delhi, Kolkata, and Mumbai, among others.