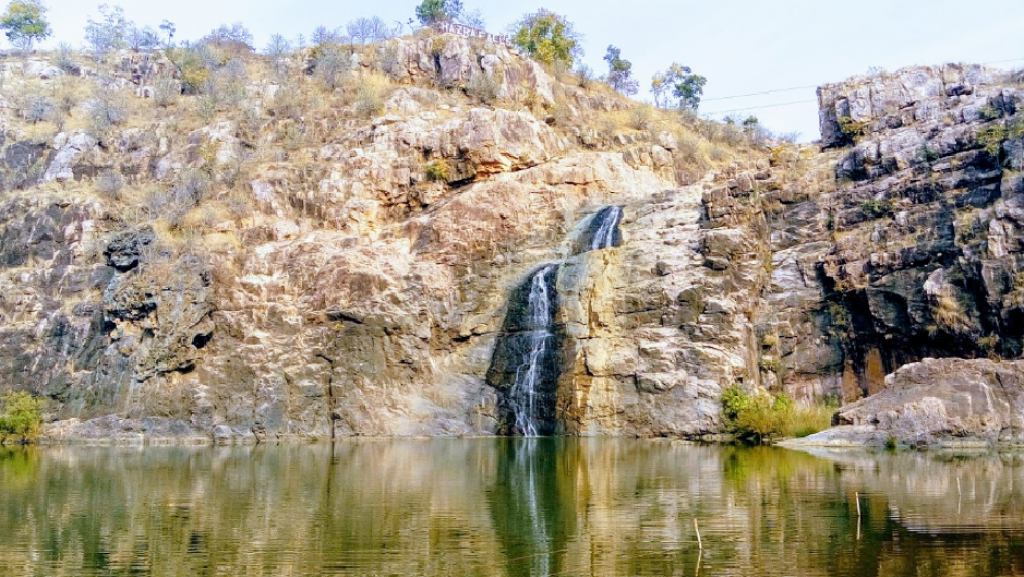 Rajnandgaon is a city in the district of Rajnandgaon in the Indian state of Chhattisgarh. On January 26, 1973, Rajnandgaon was separated from Durg district. Rajnandgaon is also known as Sanskardhani, which emphasises the peace and harmony that exists here among people of all religions. It is surrounded by rivers and ponds and is known for its small-scale businesses and trades.

Best Places to Visit in Rajnandgaon

Dongargarh is a city and municipality in Rajnandgaon District, Chhattisgarh, India, and the location of the Bambleshwari Temple. The city is a popular pilgrim site in Rajnandgaon District, located 35 kilometres west of Rajnandgaon, 67 kilometres west of Durg, and 132 kilometres east of Bhandara on National Highway 6. Dongargarh, which has gorgeous mountains and ponds, is formed from the terms dongarh, which means “mountains,” and garh, which means “fort.” The Maa Bamleshwari Devi Temple, perched on a 1,600-foot-high mountaintop, is a well-known sight. It holds immense spiritual significance, and various tales are related with it. ChhotiBamleshwari Temple is another notable temple in the area. During Navratri, devotees go to these temples. Shivji Temple and Lord Hanuman temples are also found here.

The ropeway, which is the only passenger ropeway in Chhattisgarh, is an extra attraction. In 2016, a serious disaster happened when the ropeway snapped and collapsed, killing numerous people. Apart from Hindus, the town is noted for its religious harmony and has a sizable community of Buddhists, Sikhs, Christians, and Jains.

In India, a reserved forest (also known as a reserve forest) or a protected forest are phrases that refer to woods that have been given some level of protection. The phrase was initially used in British India in the Indian Forest Act of 1927 to refer to some woods granted protection under the British crown but not related suzerainty. Following Indian independence, the Indian government maintained the status of existing reserved and protected forests while also adding additional reserved and protected forests. Initially, such protection was extended to a vast number of forests that fell under the authority of the Government of India during India’s political unification. Khara is a protected forest.

You can also estimate the cost of driving from Rajnandgaon to Kharkhara Dam using current local gasoline costs and an estimate of your car’s optimum gas economy. If you’re only travelling a small distance, you should be able to do it during the day. Traveling during the day is generally seen as safe.

Barfanidham is a temple in the Chhattisgarh town of Rajnandgaon. A big Shiva Linga can be seen at the temple’s apex, with a massive Nandi statue in front of it. The temple is built on three levels. The lower level is dedicated to Patalbhairavi, the second to Navadurga or Tripura Sundari, while the upper level is dedicated to Shiva.

In Kangta, there are 250 chickens, 150 wild boars, peacocks, hyenas, rabbits, wild cats, and other tiny wild animals. There are a lot of cheetahs here, which is why it is still a tourist draw. A two-kilometer-long Nature Tracking Path has also been constructed for the school and college students. This is also showing to be beneficial to youngsters. Efforts are being made to make this more convenient.

Best Time to Visit in Rajnandgaon

From November through February, the weather is nice and temperate, making it ideal for seeing Rajnandgaon’s attractions.

How to Reach Rajnandgaon

Regular trains run to Rajnandgaon from various major cities throughout the nation, including New Delhi, Mumbai, Kolkata, Chennai, Bangalore, Ahmedabad, Raipur, and others. Raj Nandgaon (RJN) is the name of the railway station.

The airport closest to you is Swami Vivekananda International Airport, Raipur, Chhattisgarh, is about 72 kilometres from the city.