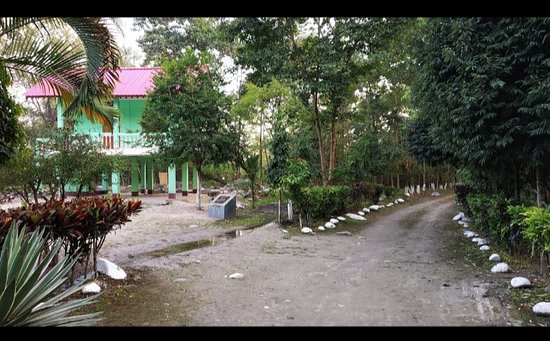 Odalguri is a town and the administrative centre of the Udalguri district in Assam. It is governed by the Bodoland Territorial Council, which oversees the Bodoland Territorial Area Districts. Tinsukia is an Assamese industrial area. Digboi is home to India’s oldest oil refinery, and open cast coal mining is popular in locations like Margherita and Ledo. Tinsukia is one of Assam’s most important commercial centres.

Best Places to Visit in Udalguri

Aside from the many ethnic populations’ culture and traditions, the region features a number of tourist attractions. Among the most important are:

Aboard his way back from Assam, he became very unwell and died on a boat on March 30, 1663. He was 72 years old when he died. He was buried on a mountainside at Thakuranbari, where his tomb still stands. The Mazar Sarif committee looks after the mausoleum, which is a famous attraction for travellers and historians from all over the globe.

The Bhairabkunada is a meeting point not only for physical borders, but also for the rivers Jia Dhansiri, Bhairavi, and Daifam. The confluence of rivers resembles a ‘Kunda’ (worshipping place of Lord Shiva). As a result, it was most likely given the name Bhairabkunda. Bhairabkunda is a tiny town area in the Udalguri district of the BTAD area in Assam that serves as a transit point for Bhutan’s eastern province. Daifam, a Bhutanese minor sub-divisional administrative town, is well-known for its wine trades. Growth was a rapidly developing town region in Bhutan, but it slowed when a violent democracy support movement began in Bhutan in the late 1980s. Despite the fact that growth in the region has come to a standstill, a new dawn is predicted with the establishment of BTAD. The BTAD administration is interested in developing this region. People thought it was a great place to have a picnic for the new year.

Hindu pilgrims visit the site on ‘Makar Sankranti,’ when they bathe at the confluence of three rivers and do pujas in the Shiva temple. According to legend, there was a kunda where worshippers used to do pujas. The fish in this kunda used to collect the rice thrown by sacred worshippers and sprinkle holy water for peace, while avoiding unclean humans. According to another legend, fanatical Shiva followers known as the Bodos used to appeal to God by conducting Kherai dances in ancient times. The God manifests himself among the followers, and all the musical instruments are collected at Deuri’s house (worshipper).

The home once caught fire, and all of the musical instruments vanished. According to the proverbs, ‘Bhim’ of the Panch Pandavas also resided here during his ‘AGYATAVASA.’ Throughout the years, the territory was ruled by the three Bodo socialist heroes Laothai, bambur, and Adang gwras. They were given equal amounts of land to everyone of its residents. The area is heavily populated by Bodo, Nepalese, Adivasis, and Assamese people in BTAD, Arunachalee and Nepalese, and Bhutias in Bhutan.

Bornadi Wildlife Sanctuary is a 26.22-square-kilometer (10.12-square-mile) wildlife sanctuary in Assam, bordering Bhutan in the north and Udalguri and Baksa districts. This sanctuary is named after the Bornadi River, which runs along its western boundary. Tangla town is 30 kilometres (19 miles) away, while Guwahati is 130 kilometres (81 miles). The sanctuary was founded in 1980 to safeguard the hispid hare (Caprolagus hispidus) and pigmy hog (Porcula salvania). The sanctuary, which is about 11 kilometres from the library, is home to various species, including the White Capped Water Redstart and the Red Billed Blue Magpie. If you’re lucky, you could see a panther, deer, Himalayan goat, or perhaps a leopard.

Best Time to Visit in Udalguri

The best time to visit Udalguri is from early winter to early spring, when the parks and sanctuaries are also open. The weather stays cold and dry, making it excellent for trips.

How to Reach Udalguri

During the ancient time, Udalguri had a direct path to China via Bhutan. Now since the district is well-connected by roads and railroads, it is not difficult to get to this location by train, aircraft, or even bus from anywhere in the country.

The Lokapriya Gopinath Bordoloi Airport in Borjhor, Guwahati, is 140 kilometres from the district headquarters, while the Saloni Airport in Tezpur is around 100 kilometres.

The Udalguri Railway Station, located near the city’s centre, is located in the district of Udalguri. Upper and Lower Assam are served by two train lines from this station.

The Golma Bus Stand is the major bus station in Udalguri City. The district is connected to Tezpur and Guwahati via the NH52.