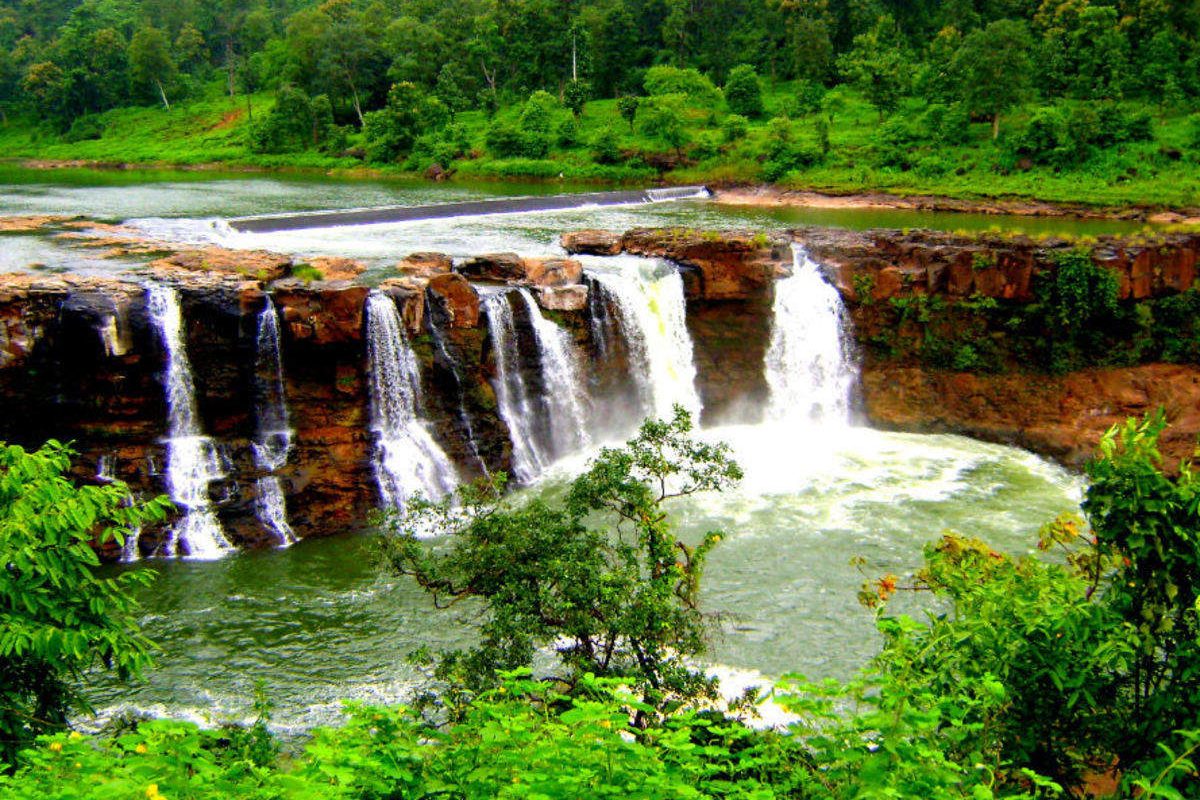 Ahwa is the administrative centre of the Dang District in Gujarat, India. It sits at a height of roughly 1800 feet above sea level. The entire district, which is populated by indigenous people, is a mountainous terrain with dense forest. The Haffkine Institute in Bombay receives venomous snakes from here for injectable preparation.

Mahal village is located 24 kilometres from Ahwa. Also, the community of Mahal is 1.5 kilometres distant. The forest authority classified this woodland area a protected forest for animal protection. Various types of animals, including tigers, reside there. It’s a great spot for tourists, with tree houses, campfires, and huts accessible for lodging. It’s controlled by the forest department.

This is supposed to be the location where shri ram (an hindu deity) met shabri, a devotee of him, while travelling through the jungle. It is located in the subir block of the Dang district, and a temple has been built here.

A natural waterfall that is a sight to behold. Its height is around 200-250 feet, and it is filled with water almost the whole year.

Saputara has been designed as a hill resort with all the required amenities such as hotels, parks, swimming pools, a boat club, theatres, ropeways, and a museum to provide a relaxing holiday in the cool of the hill. On Holi, the Adivasis worship a snake figure on the banks of the river Sarpagana, which is known as Saputara.

The months of July through October are ideal for visiting Dangs (Ahwa).

How to Reach Dangs (Ahwa)

Surat, the closest airport to Dang, is around 141 kilometres from Ahwa, the district centre. A number of planes travel in and out of the city, linking it to other regions of Gujarat and the country.

Although a narrow-gauge train runs from Bilimora to Dang District, the district lacks broad-gauge railway link (a block of navsari district). Navsari, Valsad, and Surat are the closest railway stations, respectively 101, 110, and 141 kilometres from Ahwa district centre.