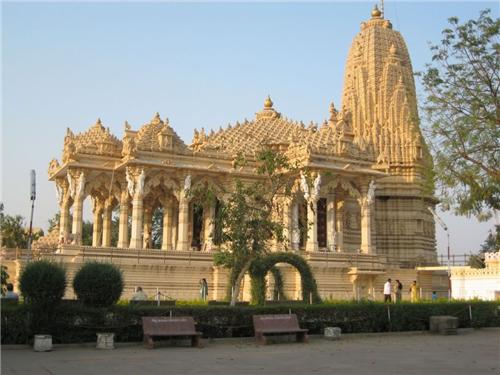 Mehsana, commonly known as Mahesana, is a city and municipality in the Mehsana district of Gujarat, India. From the 18th century until India’s independence in 1947, the city was governed by the Gaekwads of Baroda State.

Best Places to Visit in Mehsana

Best Time to Visit in Mehsana

How to Reach Mehsana

It is also connected to other important Indian cities via train. There are daily trains between Delhi and Mumbai, as well as direct weekly or biweekly trains linking key cities in India’s north and south, including Bangalore. On the Jaipur-Ahmedabad line, Mahesana railway station features a computerised reservation system. By rail, Mehsana is well connected to the state’s other districts, including Patan, Porbandar, and Ahmedabad. It is also linked to Kandala Port by rail, which runs through Ahmedabad and Gandhidham.

Sardar Vallabhbhai Patel International Airport in Ahmedabad is the closest airport. Prepaid taxis are available from the airport to Mehsana. The government-run GSRTC bus may take anyone there. Ahmedabad Aviation and Aeronautics Ltd operates Mehsana Airport for non-scheduled operations and as a civil aviation training centre. It covers 64 acres (260,000 m2) of land.

Navlakhi is the closest sea port to Mehsana. It is located in the Morbi district. Mehsana is 270 kilometres distant. Navlakhi Port is a non-major intermediate port with all-weather lighterage. Hansthal Creek is located on the southwest end of the Gulf of Kutch.