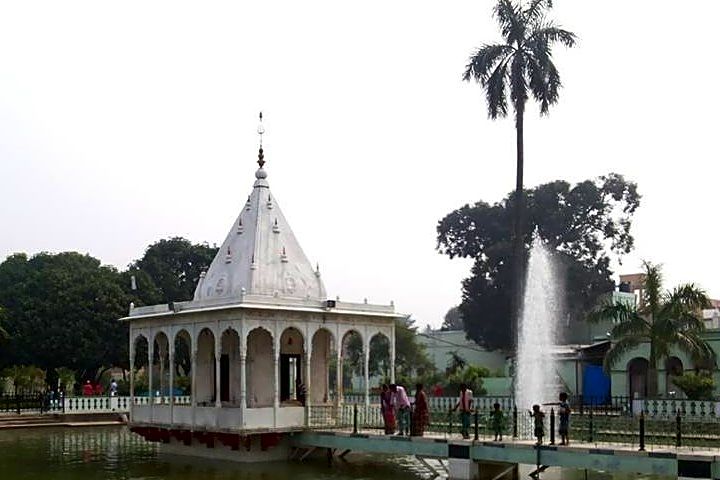 Munger is a twin city in the Indian state of Bihar, as well as a Municipal Corporation. Munger Division’s and Munger District’s administrative headquarters are located here. By population, it is Bihar’s 11th biggest city. Munger is recognised for having an ancient seat of power throughout history.

Best Places to Visit in Munger

Goenka Shivalay is one of the most prominent names in the network of gorgeous temples. As one of the oldest, it is a well-known destination for Hindu pilgrims. The Shiv temple is erected in the middle of a large water tank filled with large and gorgeous fish. It is connected to the main campus by a rock-solid bridge road made of white marble. A magnificent garden with flowers and greeneries surrounds the shrine and is meticulously maintained. On certain occasions related with Lord Shiva, the campus is overrun with visitors, giving the impression of a mini-mela.

Princess Gul and Prince Bahar are reported to have sheltered under the riverfront tunnels in order to exact vengeance on the British officers. During the night, they used to wrap themselves in tiger skins. Once, a British officer spotted Bahar on his round in a dark night and shot the Prince dead instantly. The following morning, the truth was revealed, and the Prince was claimed to have been buried near the darga of Pir Shah-Nafah-Gul. The Prince was discovered dead in men’s clothing by the side of her brother’s tomb, where she was also buried. The commander in charge of Bahar’s and, incidentally, Gul’s deaths, ordered a daily gun salute in the evening to commemorate the loss of these youngsters.

Manpathar, which is very close to Kastaharni Ghat, is another point of interest. It’s a boulder in the riverbed about two miles from the fort. The rock bears the imprint of two feet, which are thought to be Sita’s feet when she came into contact with it while crossing the Ganga. It has a length of 250 metres and a width of 30 metres. At that location, there is a modest Mandir.

The earliest structure within the current fort area is a sacred Muhammdan shrine built on an elevated piece of land near the southern gate. It is claimed to have been a mazar of a Pir or Saint whose name is unknown. He is supposed to have journeyed from Persia to Ajmer and then to Munger on the orders of Khwaza Moin-Uddin Chisti, the great Sufi Saint. He lived in Munger for many years and died here in 596 A.H, which corresponds to 1177 A.D. He was buried in an obscure location near the ramparts, and the exact location was forgotten over time. Finally, in 1497 A.D., the Governor, Prince Danyal, renovated the fort’s ramparts.

He was the one who ordered that a mosque be built over that location. So, from 1497, the location has been known as the Dargah of Shah Nafah, nafah being a Persian word that means “pod of musk.” Over the entryway is an inscription erected by Prince Danyal, and all around the Shrine are many old, dilapidated tombs. According to popular belief, Prince Danyal had a divine dream about the exact site of the Dargah of Shah Nafah. He was given a hint that the Dargah existed where the ground exuded the aroma of Nafah (Kasturi).

It is worth noting that the Dargah draws not just Muslims but also Hindus from the surrounding area. The presentation of Chaddar and the holding of a musical performance has become an annual tradition on January 1st. The dargah is said to be the town’s defender and a site where wishes are granted. Everyone who walks along the street bows their heads in honour of the Great Saint.

Chandika Sthan is a temple in Munger, Bihar, in the Indian States and Territories of India. It is one of 51 Shakti Peethas, or places of worship dedicated to the goddess Shakti. Chandika Sthan, located in the northeast corner of Munger, is only two kilometres from the town.

A Hindu guru named Inner View of Kastaharni Ghat Mudgal Muni emerged in the city in the sixth century after Christ and constructed two shrines, one on a rock at Kashtaharini Ghat. It is recorded in the 26th Adhyaya (chapter) of Adi Kanda of the Valmiki’s Ramayana that both RamKastaharini Ghat from the River Sidechandra and his brother Lakshmana stopped at the place on their way back from their encounter with Taraka, the Demoness. The tranquillity they experienced gave rise to the name Kashtaharini Ghat.

Munger has long been a pilgrim’s, saint’s, and devotee’s paradise. And the spot that attracts the most of them is a bathing site on the Ganga river called Kastaharni- Ghat, which literally means “The Bathing Place that Extinguishes All Pains.” It is claimed that anyone who bathes in this ghat will find consolation and relief from bodily problems.

It has religious significance because of its northern flow, which is known as the “Uttar Vahani Ganga.” As a pilgrimage, it is said that on his way back from Mithila to Ayodhya after marrying Sita, Sri Ram Chandra and his entourage took a plunge in this pond to ease tiredness. This is also a popular spot for tourists to visit in the morning and evening to witness a spectacular view of the sunrise and sunset.

The one location that ranks Munger as one of the most visited is known as “Sita-Kund.” This location has always elicited a great deal of curiosity among visitors while also providing a great deal of enjoyment. The location is 4 miles east of the town of Munger. It has hot springs known as Sita Kund, a Hindu temple, and a reservoir of cold water known as Ramkund to the north, with three more polls named after Ram’s three brothers, namely Lakshman Kund, Bharat Kund, and Satrughan Kund to the west.

It has an intriguing ancient storey about this location that dates back to the Ramayana time. According to legend, after rescuing Sita from Lanka, Ram, in order to satisfy the public opinion, asked Sita to show her chasti, and she willingly accepted to the Agni Pariksha (the fire ordeal). She escaped the fire test unscathed and transferred the heat of her body that she had absorbed from the fire to the pool in which she bathed. On the full moon day of Magh, a great number of pilgrims visit the hot spring, which is now a fenced and grilled reservoir. The water is very pure and transparent, with countless bubbles rising from its stony bed. Several theories have been proposed for this occurrence, including “deep seated thermodynamics action and variation of under ground volcanic events.”

Whatever the nature of this and scientific exploration, it attracts foreign visitors and, in a nutshell, it is a strange phenomenon. It is, by all accounts, a must-see in Munger.

Best Time to Visit in Munger

The best time to visit Munger Bihar is after the monsoon or before summer, which is between October and March.

How to Reach Munger

Munger is accessible from Patna via bus from Gandhi Maidan. The entire journey duration is around 4 hours and 30 minutes.