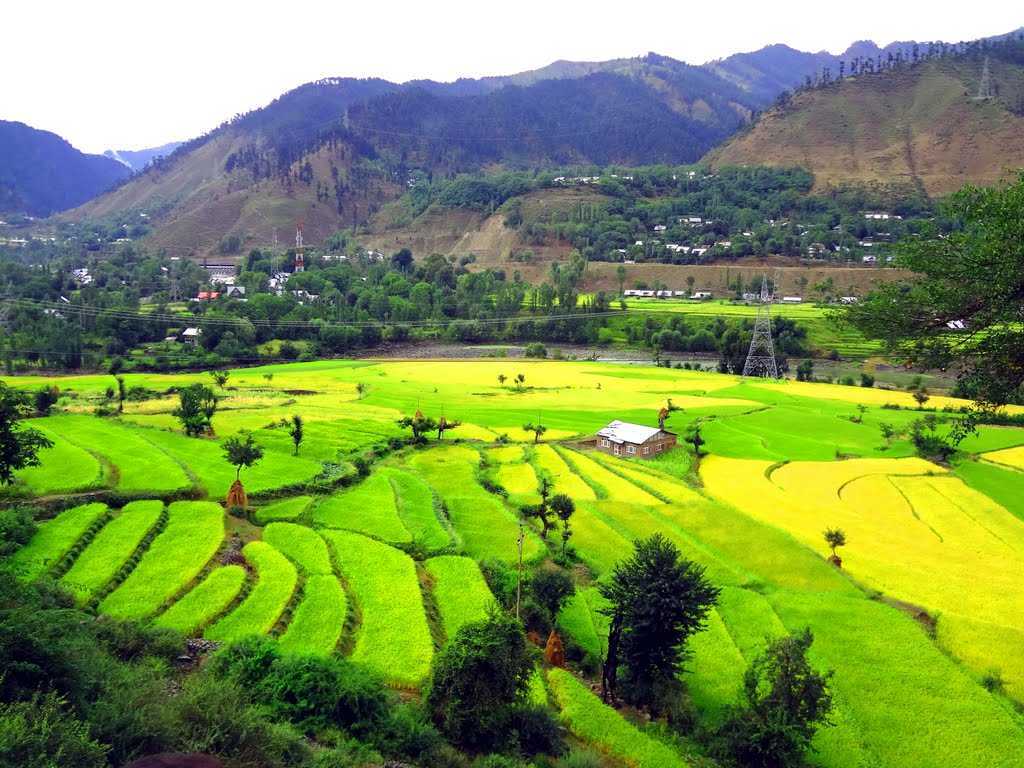 Baramulla, also known as Varmul in Kashmiri, is a city and municipality in the Baramulla district of Jammu and Kashmir, India. It is located downstream of Srinagar, the state capital, on the Jhelum River. Vrhamla was the previous name for the city.

Travelers choose Baramula above other options. Baramula is the ideal location for all sorts of travellers, including families, children, and couples. April, May, June, and July are the ideal months to visit sites in Baramula. There are 11 tourist attractions in Baramula that visitors may visit. Local attractions may be visited at any time of day, whether early in the morning, afternoon, evening, or night, depending on the needs of visitors. Travelers may undertake sightseeing in Baramula in half a day or one day, but to visit all of the sights, they need remain in Baramula for two to three days.

Best Places to Visit in Baramulla

Parihaspora is a historic town located 26 kilometres from Srinagar in the district of Baramula. During the Shankervarman Regime, this town served as the capital of Kashmir. The monarch of Kashmir, Lalityaditya Muktapid, discovered it in the 8th century AD. The ancient archaeological structures at the Parihaspora Pattan and the Pattan Bazaar are the most popular features of this location. Aside from these artefacts, the town also has the ruins of a Buddhist stupa and monastery. An excavation undertaken here in 1914 unearthed a few Vishnu temples, a Raj Bhawan, and a Chaitya. This excavation site demonstrates an old architectural type made of huge stones.

Gulmarg roughly translates as “flower meadow.” Gulmarg is 60 kilometres (kilometres) from Srinagar and takes around an hour and a half to get by automobile. Gulmarg has drawn millions of tourists throughout the years, owing to the magnificent grandeur of the Himalayan Mountains in the background. The Gulmarg Gondola, the world’s highest cable car, is one of the primary attractions of Gulmarg. The first stage of the Gondola transports passengers to Kongdori Station at an elevation of 8530 feet, while the second stage of the Gondola ascends to an elevation of 12293 feet. Tourists may go horseback riding and visit the gorgeous “Strawberry Valley,” “Leopards Valley,” and “Kongdori” to witness the frozen lake of “Al- Pathar.” Gulmarg in winter is a spectacular experience, completely blanketed in a white covering of snow that transforms it into a skier’s heaven.

The natural slopes here are unspoiled and present a challenge to even the most seasoned skiers! Aside from the picturesque aspect of Gulmarg, winter in Gulmarg is a season of festivities, with “White Christmas” celebrations and New Year’s Eve parties.

The Ziarat of Baba Reshi is a prominent shrine in Baramula that is located near Alpather Lake, 13 kilometres from Gulmarg, and is dedicated to the saint Baba Payam-Din. Baba Payam-Din was a well-known Muslim saint as well as a courtier of King Zain-ul-Abidin of Kashmir. This shrine is located on the same grounds where Baba Payam-Din died in 1480 after spending his days in prayer and meditation.

The major feature of this shrine is Baba Payam-burial, Din’s which is covered with a sheet of fabric adorned with distinctive artistry. The temple is well-known for bestowing boons to its believers. Devotees who get boons return to this shrine to give a thankful sacrifice in honour of the great saint.

Wular Lake, located in the slopes of Haramuk Mountain, is Asia’s second biggest fresh-water lake. It has a total area of 200 square kilometres, encompassing over 24 kilometres in length and 10 kilometres in breadth. The lake is located in Sangrama, along the Baramula Road, between the cities of Sopur and Bandippore. The River Jhelum is the main source of water for Wular Lake. This lake also features a little island in the centre known as the ‘Zaina Lank.’ The island was built by King Zainul-Abi-Din. Wular Lake is also considered to be a relic of Satisar Lake, which existed in the past. This lake’s grounds are also a famous spot for sunsets.

Best Time to Visit in Baramulla

The best time to visit Baramulla is during the summer season, which lasts from April through July.

How to Reach Baramulla