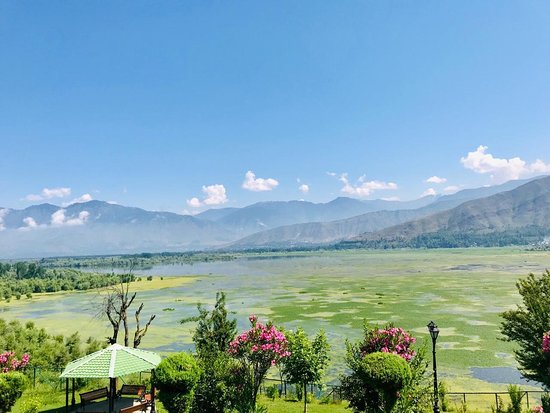 The Indian union territory of Jammu and Kashmir has 20 districts, with Bandipore being one of them. The administrative centre of the district is Bandipore town. Trekking, climbing, and fishing are all popular activities in Bandipora. One of the most unusual fish may be found in the Arin Nallah (Rainbow Trout, Silver Trout and Gray Trout). Mount Harmukh: The primary attraction for mountaineers is Mount Harmukh, which is located on the town’s eastern side.

Best Places to Visit in Bandipore

Wular Lake (sometimes spelled Wullar) is a major fresh water lake in the Indian state of Jammu & Kashmir. The Jhelum River feeds the lake basin, which was produced as a consequence of geological action. The lake’s size ranges between 12 and 100 square miles (30 to 260 square kilometers).

Danishwar, also known locally as Chota Amarnath, is a Hindu religious site. It’s a cave in Arin’s deep woodlands. Pilgrims must crawl around 60 metres to reach a cave with etched images of Lord Shiva. On Sharvan Purnima, people used to go there.

Best Time to Visit in Bandipore

The best time to visit this location during the monsoon season is between July and September.

How to Reach Bandipore