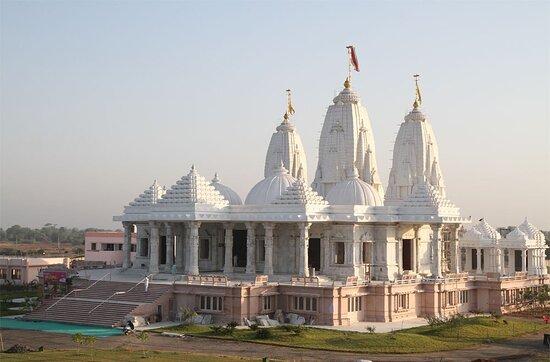 The Navlakhi Valley is located north of the tallest point of the Pavagadh mountain range, amid the wide expanse of Mouliatuk. The old structure, named after the Navlakha Kothar, offers a glimpse into Mughal architecture. The T-shaped edifice built of bricks with seven sections and a huge dome on the Navlakhi Valley’s edge is thought to have been utilised as a storehouse for food storage in ancient times.

There are far-sighted buildings on the highest mountain range in the line of defences, from the Atak entrance to the Boodhiya gates. The Seven Arches structure is built of cleaner stones. The then rulers held secret meetings in the seven arches constructed in a huge tent, and the royal family is said to use the space for pleasure and marketing.

Pavagadh, a beautiful mountain in Panchmahal district’s Halol taluka, is regarded as a holy Shakti Peetha, religious pilgrimage, and natural beauty of Gujarat. The shakti swarup Jagatajanani Maa Kalika is located on the highest summit of this picturesque mountain, and a large number of devotees travel there to be blessed by viewing Maa Mahakali.

How to Reach Panchmahal (Godhra)

Panchmahal does not have an airport. Vadodara Airport, which is 80 kilometres distant, is the closest airport.

The Panchmahal railway station is a key hub that connects the city to a number of other important cities.

Buses to Panchmahal run frequently from all of the country’s main cities.