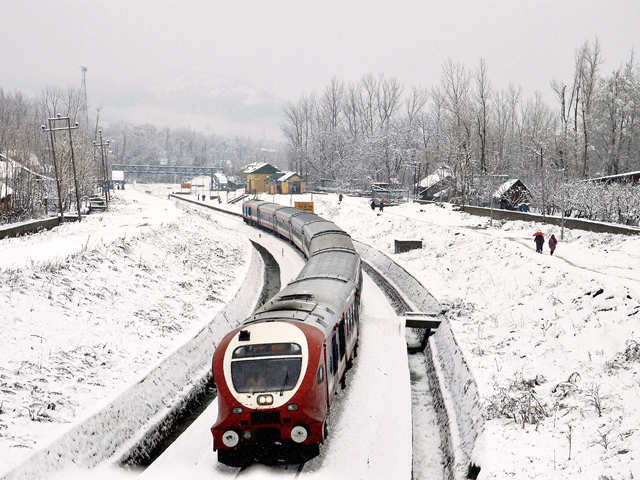 Anantnag is the administrative capital of the Anantnag district in India’s Jammu and Kashmir union region. It is 53 kilometres from the capital of the union territory of Kashmir, Srinagar.

Tourists go to Anantnag because of its numerous shrines, which are sacred to both Hindus and Muslims. Some of the most important shrines in Anantnag’s district are Hazrat Baba Reshi, Goswami Gund Ashram, Shilagram Temple, and Nila Nag.

Best Places to Visit in Anantnag

On the way to Jammu, there is another spring of great importance and beauty, Verinag, with deep blue water that emerges from the bottom of a towering scarp of a mountain spur, and here, too, Jehangir erected a pleasure garden and a summer residence. Emperor Jehangir built an octagonal pavement in the spring. The Emperor was so taken with the beauty of Verignag that when he died in Chengas hamlet near Rajouri, he requested to be buried there. And after finishing the design of the spring and the adjoining garden, he said that the traveller who has travelled the world can rarely provide any example of another site of such beauty. This tourist resort is located in Tehsil Shahabad Bala, approximately 26 kilometres from Anantnag Town. At this location, a tourist bungalow, a rest house, and several shelters have been built.

Achabal, which gushes out of Sonsanwar Hill and was immediately recruited in the service of beauty and pleasure by Emperor Jehangir, is perhaps the most beautiful of all the springs. The true source of the Achabal Spring is claimed to be the Brengi Nallah, which vanishes at Dewalgam in limestone cracks. The water from this spring, which runs through three channels in this garden, beautifies and ornaments this tiered landscape beyond conception. The fountains that have been installed along the water channels contribute to the allure of this Mughal garden. Achabal’s health resort is located in the district’s south-east, about 9 kilometres from the district headquarters.

This health resort is located 25 kilometres to the south-east of the district. A well-known spring known as “Kokernag” gushes out from the foot of a neighbouring hill covered with evergreen pine trees. A tiered garden and a Botanical garden with finely managed flower beds of all sorts and colours covered and sheltered by well groomed evergreen shrubs, as well as the presence of high and imposing chinars, are fascinating sights to see. The sound of the stream’s health-giving, refreshing, and tasty rushing waters has left little possibilities of not being fascinated and mesmerised by this wonderful touch.

This lovely garden was created under the reign of Bakhshi Ghulam Mohammad. Keeping the charm and irresistible appeal of this tourist destination in mind, Tourist Development Corporation is also developing tourism infrastructure through the building of rest houses, tourist huts, and the growth of other services. While enjoying this destination’s restorative and exhilarating feast, one cannot fail to notice Asia’s largest trout breeding farm located on the western side of this garden.

Pahalgam is a well-known health resort in the state of Jammu & Kashmir. It is located in the district of Anantnag’s north-eastern outskirts, among towering hills covered with evergreen trees. Its cold, refreshing, and pleasant environment, as well as the musical flow of Lidder Nallah, draw tourists not only from inside the nation but also from beyond. It is also a vital transit camp on the road to the sacred Amar Nath Ji Cave, which is 72 kilometres from the District Head-Quarter.

“This modest excursion to a cave-shrine, the home of the Himalayan mendicant who is both destruction and healer, the greatest of the Hindu Gods, is a gratifying experience for those who travel with faith.”

Anantnag District is well-known for the Amarnathji cave, which is located on Mount Amarnath, which is 5,486 metres above sea level. Amarnathji’s world-famous shrine is roughly 48 kilometres from Pahalgam and attracts people from all across India. It is situated in the high ranges of District Anantnag at an elevation of around 13,000 feet above sea level. Because of its elevation, the cave remains covered in snow for the most of the year. The entry is only open during the summer for a brief time. The cave is an ice cave, and it features several ice stalagmites.

Because of its ice content, the cave is considered sacred by Hindu visitors. The ice pillar within the cave is also known as the ice lingham, which is Lord Shiva’s phallic emblem. Parvati, his wife, and Ganesha, his son, are represented by two smaller ice stalagmites. Hindu visitors also think that the height of the lingham fluctuates with the phases of the moon. Thousands of Hindus make the journey up to the cave during the month of Shravan, on the full moon in August. At this point, the lingam has grown to its largest size.

While the yatries are on their journey to and from the cave, the majority community in the district always welcomes the devotees with open arms. On the way, one may see the picturesque splendour of Chandanwari, Sheshnag, and Panjtarni.

En way, the temples of Mattan, Martand, Anantnag, and Bijbehara are also worth viewing.

Best Time to Visit in Anantnag

The months to visit are from May to October.

How to Reach Anantnag

Srinagar Airport is the closest international airport to Anantnag. Sheikh Ul Alam Airport, which is 62 kilometres away, is the closest airport. This airport has excellent connections to other major cities such as Jammu and New Delhi.

Jammu Tawi, the nearest major railway station, is 210 kilometres from the city and is connected to all major Indian cities. Local train service is also provided to Baramulla, Budgam, Srinagar, and Banihal.