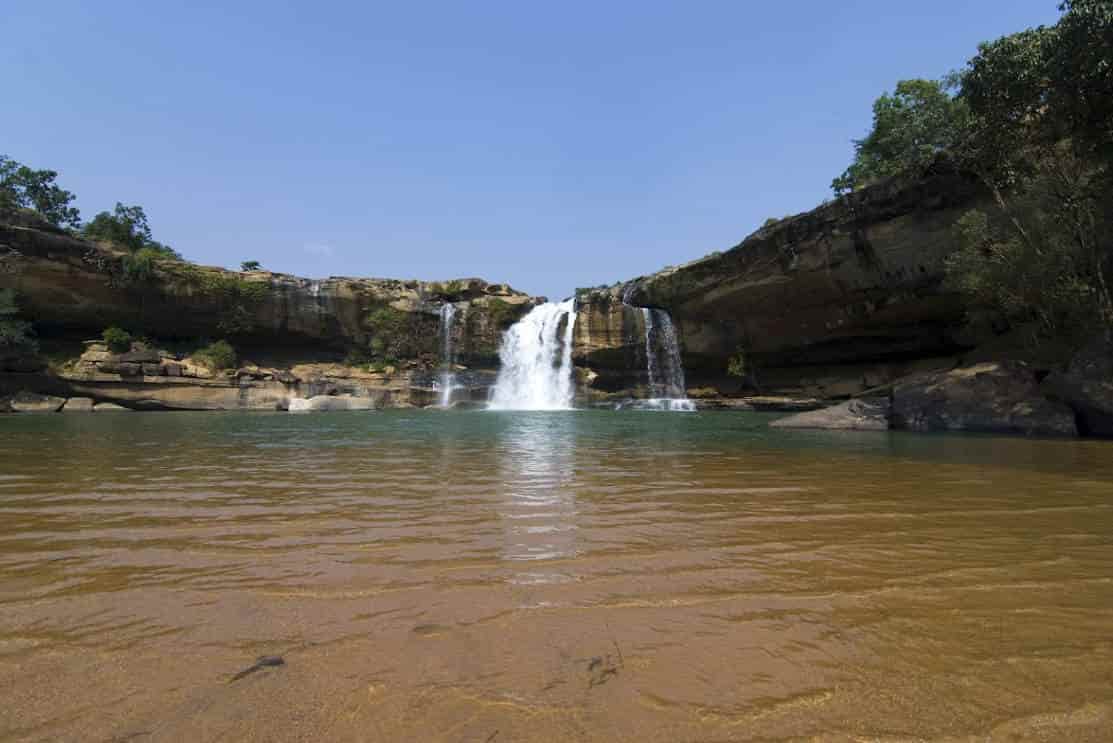 Surguja district is in the northern section of the Indian state of Chhattisgarh. The presence of numerous temples, stone sculptures, and archaic remnants demonstrate that this region existed before Christ (B.C.). In the 4th century B.C., This territory belonged to the Lord of Nanda clan before the coming of the Maurya dynasty. Before the year 3 B.C., After a disagreement among themselves, this territory was divided into small pieces, each with its own headman. Then, in Palamu district (Bihar), a Rajputa ruler from the Rakshal tribe attacked and took possession of him.

In 1820, Amar Singh was the King of Surguja, and in 1826, he was crowned “Maharaja.” Lord Daffariu bestowed the title of “Maharaja” to Raghunath Sharan Singh Deo in 1882, when he took control of Surguja state. After India’s recent triumph, he constructed Edward Middle School, a post office, a telegraph office, medical stores, a jail, and courts in Ambikapur, Surguja’s capital. Tribal people make up the majority of the population. Pando and Korwa are two archaic tribes that still live in the jungle. The Pando tribes consider themselves to be members of the epic Mahabharat’s “Pandav” clan. Korwa tribes are said to be Mahabharata’s “Kauravs.”

Best Places to Visit in Surguja

Sedam is a hamlet 45 kilometres from Ambikapur on the Ambikapur-Raigad route. two kilometres in the direction of the south At a distance, a lovely waterfall cascades between the hills. On the waterfall’s dropping point, a water trough has been constructed. There is also a Shiva temple in this area. On Shivratri, a fair is held in the village of Seedam. Ram Waterfall is another name for this waterfall.

Mainpat is 75 kilometres from Ambikapur and is known as Chhattisgarh’s Shimla. Mainpat is located on Vindh Mountain Mala, which rises 3781 feet above sea level, has a length of 28 kilometres, and a breadth of 10 to 13 kilometres. There are two routes to get to Mainpat from Ambikapur. The first is via the Ambikapur-Sitapur road, while the second settlement is on the outskirts of the city. He walks down to the front gate. It’s a lovely spot with a lot of natural beauty.

The main tourist attractions in this area are the Sarbhanja waterfall, Tiger Point, and Fish Point. The Rihand and Mand rivers converged to become the Mainpat. This is also known as Chhattisgarh’s Tibet. The Tibetan way of life is depicted here, with a Buddhist temple serving as the focal point.

Lakhanpur is 28 kilometres from Ambikapur and 10 kilometres from Lakhnpur in Devgarh. Sage Yamdagni’s sadhana was practised at Devgarh in ancient times. On the centre of this Shivling, Parvati is mentioned in the form of Shakti. In Shastra, this Shivalinga is referred to as a semi-Narishwar. It’s also known as the Gauri Shankar Temple. Rudra temple remains were spread at Devgarh, on the bank of the Renuka river. Its beautiful locations, temple ruins, the Gauri Shankar temple, the rectangular geographic type Shiva temple, archaeological creative sculptures, and natural beauty Jalabhishek is done in Shiv Ling every year in the month of Shravan. Jalabhishek is also performed during Shivaratri.

There is a site called Sambarbar situated 60 kilometres east of Ambikapur city, on which Kailash Cave is placed between the natural forest Sushma. It was built by Lord Rameshwar Gahir Guru ji, the most revered saint. On Mahashivaratri, it seems to be a massive mahal. Its picturesque spots include the Shiva Parvati Temple, BaghaMada, Badadhr Bir, Yagya Mandap, Jalpaupal, Gurukul Sanskrit Vidyalaya, and Gahir Guru Ashram.

Laxmangarh is located 40 kilometres from Ambikapur. This location is 3 kilometres from Maheshpur on the Ambikapur-Bilaspur route. It is thought that its name was changed due to Sri Laxman ji’s visit during the Vanvas era. This location is close to Ramgarh. Shivalinga (about 2 feet), Kamal Pushpa, GajrajSevit Lakshmi ji, the picturesque place on the stone cliff, various objects etched on Krishna births, and stone clusters

A massive stone figure of a man is identified as Samni’s. Nearby is a ruined temple that has an artistic statue of Mahisa Mardini. Other Gods and Goddesses are also sculpted on the pillars, as are saivaic symbols such as chains, trident snakes, and flowers and leaves. A massive Nandi figure may be seen to the east. Another damaged pillar in the centre is around 50 metres away from this temple. When the tank was excavated, a few stone saivaic sculptures were discovered. These items, which resemble Bhumra art, are exceedingly ancient. In 1971, the population of this location was 530 people.

Best Time to Visit in Surguja

The months of October to March are unquestionably the finest for visiting Surguja.

How to Reach Surguja

Surguja District is well connected to several of Chhattisgarh’s major towns by road and train.

Ambikapur is well connected by road to Chhattisgarh’s other main cities, including Raipur, Bilaspur, Durg, Bhilai, Korba, and Raigarh. Varanasi, Renukoot in Uttar Pradesh (170 km), Raipur (345 km), and Gadhwa road in Jharkhand all have daily bus services (160 km). Anuppur to Ambikapur bus services go through Manendragarh and Surajpur. The bus ride between Bilaspur and Anuppur takes about five to six hours.

Ambikapur Airport is 18 kilometres from the city centre. Swami Vivekananda Airport in Raipur, the state capital of Chhattisgarh, is the closest airport.