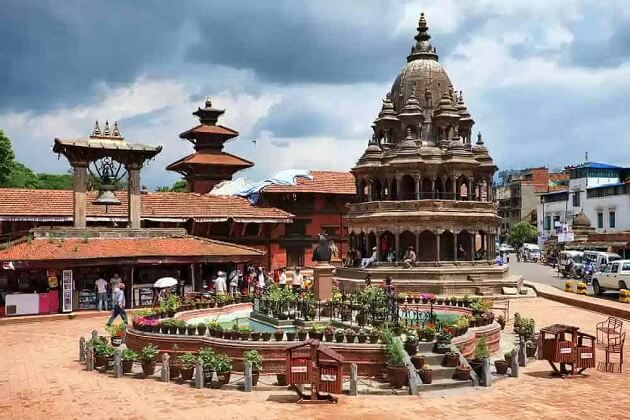 Patan was the historic capital of Gujarat’s Chalukya kingdom. Vanraj Chavada, a Chavda king, is claimed to have established it. The city has a long history, with various Hindu and Muslim rulers transforming it into a prosperous trade metropolis and the northern Gujarat regional capital. Gujarat is famed for its double ikat patola from Patan, which is popular all over the world.

Best Places to Visit in Patan

The Sahasralinga Tank, also known as the Talav of Sahasralinga, is a mediaeval manmade water tank in Patan, Gujarat, India. It was built during the reign of Chaulukya (Solanki). It is a National Monument protected by the Archaeological Survey of India. The SahastralingTalao, also known as the DurlabhSaravor, was built by King Durlabh Raja and then rebuilt and refurbished by King Siddharaj between 1093 and 1143 A.D. This is one of the Solanki Period’s largest tanks. The period’s chronicles and inscriptions reported the construction of lakes, wells, and reservoirs by both royal and common residents. Among the lakes and tanks, examples may be found at Viramgam’s Mansarovar or Mansar Lake, Modhera’s Tank, and Patan’s famed SahastralingaTalao.

The tank in Viramgam is almost round and has a flight of steps leading down to the water. On the surface platform, many modest shrines have been built. Water was obtained from the Saraswati River in the deep RudraKupa and allowed to pass through the channels in the stone inlet and then into the circular tank at SahastralingTalao. Nearly 1000 little temples were built between the inlet and RudraKupa. As the water was running all around the temples, they were reached through the bridge.

Shri Khodiyar Mataji Temple is located in Varana, Ta: Sami. Mataji’s sacred shrine has a long and illustrious history dating back more than a century. The Varana temple is a freshly developed magnificent temple with lodging amenities.

The Panchasara Jain Temple is located in the heart of Patan. Patan has up to 100 temples devoted to various gods, including a handful of Jain temples. The most well-known of them are Mahavir Swami Derasar in Dhnadherwad and PanchasaraDerasar in Panchasara.

Patola is a sari manufactured in Patan, Gujarat, India, that is double ikat weaved. Patola is the plural form; patolu is the solitary form. They are exceedingly costly and were formerly only worn by members of royal and aristocratic families. These saris are popular with individuals who can afford to pay the hefty costs. Surat also produces velvet patola designs.

Patola weaving is a family legacy that is tightly guarded. In Patan, three generations weave these highly treasured double ikat saris. It is stated that this skill is exclusively taught to the sons in the household. Due to the lengthy process of colouring each strand separately before weaving them together, a sari might take anywhere from six months to a year to complete. Surat, Ahmedabad, and Patan were the places where patola was weaved. In Indonesia, it is highly prized and has become a part of the indigenous weaving culture.

Rani ki vav is an exquisitely built stepwell located in the Gujarat town of Patan. It is situated on the Saraswati River’s banks. Rani ki Vav was created as a tribute to BhimdevI, a ruler from the 11th century AD. On June 22, 2014, it was added to the list of UNESCO World Heritage Sites. Stepwells are a separate type of underground water supply and storage system that have been built on the Indian subcontinent from the third millennium BC. Rani ki Vav, with an inverted temple and seven flights of steps, was created in the sophisticated Maru-Gurjara architectural style and houses over 500 major sculptures. Rani ki Vav was named India’s “Cleanest Iconic Place” in October 2016 at the Indian Sanitation Conference (INDOSAN) in New Delhi. The monument was honoured at a summit hosted by Prime Minister Narendra Modi.

Siddhpur, often written Sidhpur, is a town and municipality in the Patan district of Gujarat, India. It is a historical site on the Sarasvati River’s bank. Siddhpur is the administrative centre of the Siddhpur taluka.

The Indian Wild Ass Sanctuary, also known as the Wild Ass Wildlife Sanctuary, is located in the Gujarat state of India’s Little Rann of Kutch. It is India’s largest wildlife sanctuary, covering 4954 square kilometres. Located in the Patan District, near the hamlet of Koddha.

Rudramal, also known as Rudramahalaya in Siddhapur, was one of the earliest and biggest Calukyan temples. Mularaja erected it in the 10th century, but according to legend, Siddharaja Jayasimha renovated it in the 12th century. It was a spectacular multi-story Siva temple with 11 subsidiary shrines devoted to the EkadasaRudras.

This vast edifice’s damaged parts show a few minor shrines, a torana, two porches, and four pillars of the main temple’s kapili, well-carved giant columns, huge architraves, and torana-arches. Rudra-mala, which dates from the middle of the 12th century, was one of India’s largest and most lavishly adorned sacred structures.

The Shankheshwar Jain Temple lies in the middle of Shankheshwar town in the Patan district of Gujarat, India. The temple is dedicated to Parshwanath and is a popular pilgrimage site for Jain devotees.

Best Time to Visit in Patan

The months of October to April are ideal for visiting Patan since the weather is nice and not as humid and dry.

How to Reach Patan

The nearest airport to Patan is Ahmedabad, which is located 125 kilometres away. A number of planes travel in and out of the city, linking it to other regions of Gujarat and the country.

Patan is part of the Indian Railways’ Western Railway network. The city has a number of trains that connect it to the rest of the nation. Many express and local trains run on a regular basis and are ideal for getting from Ahmedabad to Patan.

A excellent road network connects Patan to the rest of the nation. The city is also connected by an excellent network of national and state highways. Buses provided by the State Transport Corporation connect Patan to all of Gujarat’s main cities and towns, as well as other states throughout the country.