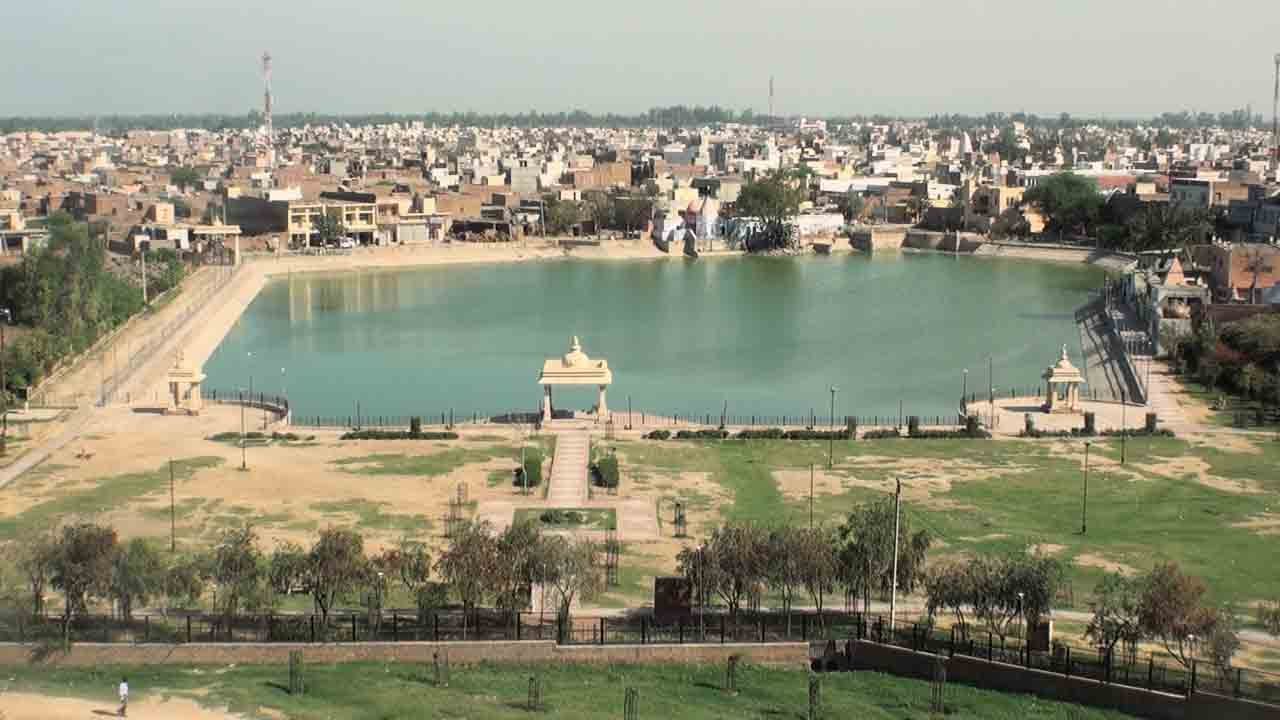 Hisar is the administrative centre of the Hisar district in the Hisar division in Haryana, India’s northernmost state. Hisar is famed for its steel industry and is consequently nicknamed as “The Steel City.” In Hisar, there is a lot to see and do. The four-year-long construction of St Thomas Church, which began in December 1860 and ended in May 1861, is a notable attraction.

Best Places to Visit in Hisar

Excavations at Agroha have revealed antiquities dating from the 3rd-4th centuries B.C. to the 13th-14th centuries A.D. Some of the structures discovered here, such as the defence wall and shrine cells, are historically significant. The houses seen here are rectangular in plan and have an east-west orientation. Approximately 7,000 antiquities were discovered during the excavations, including stone sculptures, terracotta sealing, iron and copper implements, and semi-precious stone, shell, glass, and Terri cotta beads. This site has also yielded a number of coins and sculptures, as well as terracotta objects.

This monument was commissioned by George Thomas, an Irishman and uncrowned ruler of the territory between Sirsa and Rohtak. Because of its remote location, it resembles a ship in the sea, earning the name JahajKothi. It could also have gotten its name from locals distorting the word George to Jahaj over the years. After George’s defeat by the Britishers, James Kothi lived in Hansi for a while before constructing his residential palace.

This is the tomb of Pranpir Badshah, the spiritual teacher of Sher Bahlol or Dana Sher, who lived in the early 14th century A.D. He was a great Sufi Saint who predicted that Ghiyas-ud-din Tughluq would become King of Delhi.

LOCATION: At Hansi, 26 Km east of Hisar on Hisar-Delhi road

The majestic Barsi Gate, which stood in the midst of Hansi town’s bazar, served as the main entrance to Hansi’s ancient fort. Even today, it is an imposing gate of the Hansi Fort’s outer defence wall. A Persian epigraph inscribed above the doorway records the construction date (in A.H), which corresponds to the years 1304-1305 A.D.

Except for a few pre-Mughal period monuments, the fort known as Prithvi Raj-Ka-Qila has been completely converted into a mound. On top of the mound is a long pillared structure with a flat roof. It is known as Baradari. 57 bronze images of Jain Tirthankaras were recovered from this site some time ago.

A group of monuments known as Char-Qutabs, Jamal-ud-Din Hansi, and others are located west of town (1187-1261 AD) Burhan-ud-Din (Burhan-ud-Din Burhan-ud (1261-1300 A.D) Qutab-ud-Din Manuwar (1300-1303 A.D.) and Nur-ud-Din (1325-1397 A.D.) were celebrated Sufi Saints of their times and were referred to as Qutabs. This monument commemorates the saints’ final testing ground. Many changes have occurred at the dargah. A small mosque is connected to the tomb. It is said to be built on the site where Baba Farid used to meditate and pray. The large Mosque in the northern enclosure, built by Firoz Shah Tuglaq, is one of the most imposing edifices of this structure.

The tomb of Mir Tijarah, the chief purveyor (Tajarah) of Sultan Hamid ud-Din of Hansi, is also an important monument in the complex. Mir Ali or Alam was Jamal-ud-disciple Din’s and is said to have built his teacher’s tomb. However, due to his early death, he was entombed here. Other monuments in the complex include Begum Skinner’s twin tombs and four chhatries known as Char Diwan and Ek Diwan.

rakhigarhipot Rakhigarhi is about to rewrite our civilization’s 5000-year history. Recent excavations at Rakhi Garhi in Haryana’s Hissar district may have pushed the civilization’s history back over a thousand years. Rakhigarhi is located on the bank of the now-dry Saraswati river, which could alter popular perceptions of the Indus Valley civilization. The discoveries at Rakhigarhi, the largest Indus Valley site after Mohenjodaro, have piqued the interest of archaeologists and historians. Senior archaeologists believe that this is no ordinary Harappan site and that it is the most important of all Indian archaeological sites. The uncovered clues may provide answers to previously unanswered questions. Rakhigarhi discoveries have already revealed new civilization contours.

The site’s area and dimensions are much larger than archaeologists Raymond and Bridget Allchin and J M Kenyer estimated. It is the largest in the country at 224 hectares. Rakhi Garhi rivals Harappa and Mohenjodaro on every level, including size, dimensions, strategic location, and unique significance of the settlement. At Rakhi Garhi, three layers of Indus Valley civilization have been discovered: Early, Mature, and Late. What has been discovered thus far suggests that the Rakhi Garhi settlement witnessed all three phases.

Hakra Ware trick deposits can be found on the site (typical of settlements dating back before the early phases of Indus Valley). Artifacts from the Harappan period, both early and mature. The strong presence of the Hakra Ware culture begs the question, “Did the Indus civilization arrive later than recorded?” The Hakra and Early phases are separated by over 500-600 years, and the Hakra people are thought to be the earliest Indus inhabitants. Although carbon-14 dating results are still pending, based on the thick layers of Hakra Ware at Rakhi Garhi, it is thought that the site dates from around 2500 BC to 3000 BC. This extends the history of the Indus Valley civilization by a thousand years or more.

Winter, between the months of October and March, is the best time to visit Hisar.

How to Reach Hisar

Domestic and international flights are accessible to and from Delhi’s Indira Gandhi Airport.

On National Highway No. 9, Hisar is roughly 170 kilometres from New Delhi. Every 15 minutes, buses depart from the Inter State Bus Terminus (ISBT) in New Delhi towards Hisar via Bhadurgarh-Rohtak.

Hisar is shown on a railway map with a broad gauze line connecting Delhi/New Delhi railway station to Rohtak- Bhiwani and afterwards to various Punjab towns.