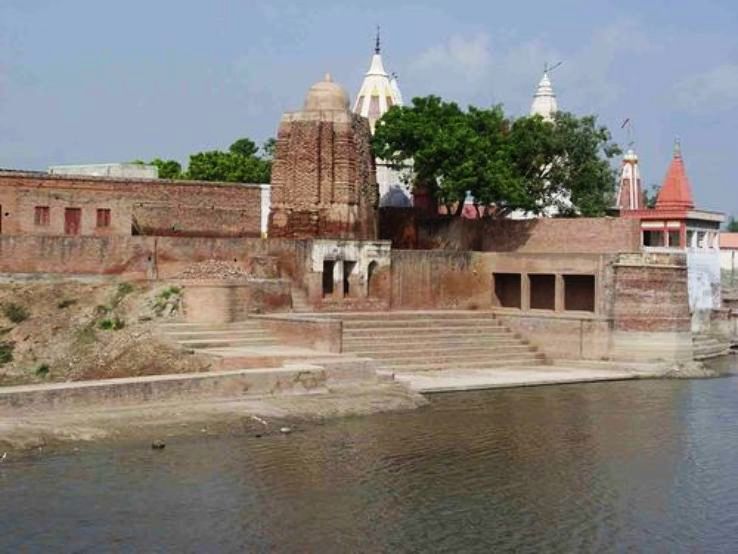 Kaithal is a city and municipal council in the Haryana state of India’s Kaithal district. Kaithal was originally a part of Karnal and then Kurukshetra districts until November 1, 1989, when it became the Kaithal headquarters. Cheeka is a bustling marketplace with rice mills and marble stores. Around 60 marble shops operate in the city, which is known as Haryana’s marble city. Cheeka grain market is one of Haryana’s busiest marketplaces. A supermarket serves the local community as well as those in the surrounding areas.

Best Places to Visit in Kaithal

Naimish Shrine is located about 17 kilometres from Kaithal. The distance is located on the Kaithal-Pehowa road in the village of Nauch. According to the Mahabharata’s Aadi Parva, Sauti narrated the entire Mahabharata storey in Naimisharanya with the help of sages. It was so important during the Mahabharata period that all the shrines on the planet were thought to be located here. The Mahabharata Van Parva describes an ancient pilgrimage known as Naimish Kunj, which was built by the sages of Naimisharanya.

The 84th chapter of the Mahabharata, Van Parva, describes the significance of Naimish Tirtha in great detail, stating that Naimish Tirtha is a sacred and virtuous pilgrimage served by the Siddhas where Brahma, along with the gods, resides forever. Half of a man’s sins are destroyed at that moment, and he is cleansed of all sins. A person who fasts for life in this shrine finds joy in all virtues. The Naimish Tirtha is always pure and holy.

One such Shiva temple, where various abhishekas have different meanings. Because of the Sri Eleven Rudri Shiva temple, this city is also known as Chhoti Kashi. The most unique aspect of this temple is that Shri Krishna used to worship here as well.

This shrine, known as Phalgu Tirtha, is located about 21 kilometres from Kaithal. Feral is a village in the province of Quebec. The name of the feral village appears to have come from the Falaki forest, where Phalgu Rishi lived. In addition to Falakivan, the Vamana Purana mentions Kamakya forest, Aditi forest, Vyasa forest, Suryavan, Madhuvan, and Cold forest. All seven of these forests were the main forests of the ancient Kurukshetra lands. This pilgrimage is mentioned in the Mahabharata, the Vamana Purana, the Matsya Purana, and the Narada Purana. This pilgrimage is mentioned in both the Mahabharata and the Vamana Purana as a special place of penance for the gods. The importance of this shrine is clearly mentioned in the Mahabharata Van Parva under the pilgrimage theme. Bathing in this shrine and offering to the gods, according to the Mahabharata, yields even better results than performing Agnishtom and Atiratra Yajna.

Pawanhrad literally translates as “the lake associated with the wind god.” Because of its association with the wind deity, this shrine was given the name Pawanhrad. The literal meaning of similar symptoms (Pawan + aab) is also a wind reservoir. As a result, it appears that after becoming disillusioned with Pawanab, the name of this village has evolved into Pabnawa over time.

This shrine, known as Kapilmuni, is about 26 kilometres from Kaithal. The distance is in Kalayat, a town mentioned in the Mahabharata, Vamana Purana, Matsya Purana, Brahma Purana, Kurma Purana, and Padma Purana.

Tirtha is located 10 kilometres from the Kaithal-Pehowa road. Devi Kunti, who was suffering from self-hatred, bathed here on the advice of a saint and became sin-free. It is widely believed that after bathing here, a person becomes sinless. Brahma Purana says in Verses 41 of the 25th chapter:

Its sanctity and importance are extensively described in the Vamana, Brahma, and Matsya Puranas. It is not mentioned in the Mahabharata. The Pauranika scriptures refer to it as ‘Rinamochana’ or ‘Rinaparamochana.’ It was given the name ‘Rinamochana’ in general.

According to legend, King Kakshivana had two sons in the past. His eldest son, ‘Prithushrava,’ did not marry and did not pay any obeisance to Agni. The second son did the same. When the Pitrigana saw this, he advised them to go to Gautami’s bank, take a bath in it, and perform ‘Tarpana.’ After completing all of these rituals, the eldest brother will be free of the ‘Pitririna’ sin and the younger brother will be free of the ‘Parivitti’ (due to the elder brother being unmarried, if the younger gets married, the latter becomes sinful and unhappy) sin. They performed all sites with a pure heart and were cleansed of all sins. According to the Brahma Purana, Rinamochana sanctum cleanses a person of Shrauta, Smriti, and other types of sins.

‘Vidhikayar Sarovar’ is a well-known historical and religious site. According to legend, a poor businessman named Vidhu was in charge of constructing this sarovar. He was still concerned about the pond digging. It is said that late at night, he heard God’s voice telling him, “Start digging the pond and don’t worry about the expenses.” When the digging began the next morning, many gold coins were discovered in the pond. Vidhu constructed numerous temples around the pond because many gold coins were discovered after digging the pond completely. This Sarovar was later dubbed ‘vidhikyar.’ As a result, this pond is linked to people’s religious feelings. The various temples of Gods and Goddesses, as well as Nehru Park, which contains the tombs of SahakamalKadari and Kadari Sikandar, provide a religious and historical perspective. The significance of this Sarovar.

This Gurudwara is close to Dogran Gate. Teg Bahadur, the Ninth Sikh Guru, and his family arrived in ‘TandiharTiratha’ in Kartik Badi Saka Sanwat 1723. Guruji is said to have meditated under a neem tree after taking his morning bath. His followers began to take notice of Guruji, and one of them developed a high fever. Guruji gave him neem leaves to eat, and he felt better after eating them. After a long time, a Gurudwara known as Gurudawara Neem Sahab was built on this site. Following that, this Gurudwara became associated with people’s religious feelings. People from all communities come here to pray and earn ‘Punaya’ by taking a holy dip in the Gurudwara’s sarovar. People are drawn to the Sarovar, which is attached to this Gurudwara.

Pharal is a very old village. This is the location of the famous Phalakivana, which is mentioned in the Mahabharta and Puranas, and it is possible that this is how the name Pharal came to be. Phalakivana and Phalaki Tirth are located on the banks of the river ‘Drishdatli.’ For two years, Adhishom Krishan from the Padvas made ‘Tap’ here. This was very important to the gods. For centuries, they made ‘Tap’ here.

Sh. GyarahRudri Shiv Temple from Mahabharat’s time is located in Kaithal’s Chandana gate. This temple is well-known throughout the country for its religious and architectural (aristocratic) favouritism. Shree GyarahRudari Shiv Mandir is thought to have the same status as Kanshi.

It is believed that Arjuna worshipped Lord Shiva in order to obtain a special (Pashupat) weapon. People believe that Pandvas were dissatisfied with the devastation caused by Mahabharat’s war. Then Lord Krishana proposed to Dharam Raj Yudhistra to establish Nav GarahPujjan, and he established Navgarahkund at Kaithal. These Kunds were Surya Chander, Mangal, Budha, Baraspatti, Shukra, Shani, Rahu, and Ketu, and these ancient temples were built at the same time. Andhya established this temple 250 years before some other historical facts describe this temple being built by Bhai Udya Singh’s wife.

Shiv Linga is housed in this temple’s old structure, along with Lords Gyarah (eleven), Avtaras, and Nanadi.

This temple existed prior to the time of Mahabharta. This temple’s Shivlinga is also known as ‘Pataleshwer’ and ‘Swayamkinga.’ According to legend, Pirthivi Raj Chauhan and his army sought refuge here during the war with Mohamood Gauri, and the king of ShillaKhera rehabilitated this temple. Pirthvi Raj Chauhan thus defeated Mohamood Gauri sixteen times.

According to legend, Muslims attempted to break the Shivlinga in Ambkeswer temple, but when they attacked the Linga, blood began to flow from it, and the Muslims were terrified to see it. Even today, the marks of attack can be seen. In this temple, there is a man-sized statue of Goddess Kali or Ambika.

An ancient temple dedicated to goodness Madumati is a village in Fatehpur. According to Sh. Suraj Walia, a resident of Fatehpur village, his ancestor Bir Singh Ahluwalia saw goddess Madumati in a dream and said that she was lying in the pond of Mohna village for a long time, *come and take me away* Bir Singh said that the pond was large and large and it was impossible to locate the goddess’s statue. After a few days, the goddess reappeared in his dream and said he would join the villagers on the pond. She would stomp on his feet and drag me away. At that location, a goddess statue was erected. Devi Mandir Fatehpur is the name of this location. Every year, a large fair is held here, and thousands of people come to see the goddess.

Mazar of Hazrat Baba Shaha Kamal Kadri, located in Kaithal’s Jawahar Park, is a living example of Hindu-Muslim unity. On Thursday, there is a sizable crowd. Hazart Baba Shah Kamal owns one Mazar, and his grandson Shah Sikander Kadri owns the other. People make a vow and pay their respects here. It’s a surprising fact that a Hindu, Late. Roshan Lal Gupta was responsible for these Mazars for 25 years.

There is a well-known Kund (pond) among the NavagarhKunds that was built during the Mahabharta period. On the bank of this Kund, there is a temple dedicated to Shitla Mata. It was also the inspiration for the eponymous Mata Gate. To cure Chicken Pox, people worship Goddess Shitla with sweet Dalia, Gulgule, Batase, Rice, and earthen lamps. Prior to partition, Muslim Jogi used to worship in this temple. A large fair is held here on the Amavasya of Chaitra month. A large number of pilgrims from Punjab and Haryana come here to perform their children’s ‘Mundan.’

The Bazigars come here to worship the goddess Kali Mata. Every Thursday, a fair called Phool make is organised on the same campus.

This location is located on State Highway 65 between Kaithal and Narwana. Every year on the Puranmasi of Kartika month, a fair is held in memory of Kapil Muni. There’s a large pond nearby. Hundreds of people have congregated here.

Kapil Muni Ashram is the name of this location. From time to time, many Mahatmas and Saints were born on this land of Rishies and Munis. This city of 25,000 people has its own significance. Maharshi Kapil Muni established ‘Sankhya Darshan’ and performed great tapsya here. Following that, the area was known as Kapilayat, and then Kalayat. Many temples were built here by King Saliwan. These temples are architecturally significant.

From November to March is the best time to visit Kaithal.

How to Reach Kaithal

By bus, the Chandigarh-Hisar state highway makes it extremely easy to get to Kaithal (NH-65). It is 120 kilometres from Chandigarh, the state capital. Guhla, a sub-division of Kaithal District, is located on the Punjab border. This route makes it very easy to get to any part of Punjab. It is directly connected to Delhi and is 200 kilometres away. There is a direct bus service from here to Dabwali, Sirsa, where you may cross the Rajasthan border.

The railway station of Kaithal is located between the Kurukshetra and Narwana branch lines. From either Kurukshetra or Narwana, it is extremely easy to go to Delhi. There is a direct rail service to Delhi via Narwana and Jind.

You can choose any of the other modes to reach Kaithal.