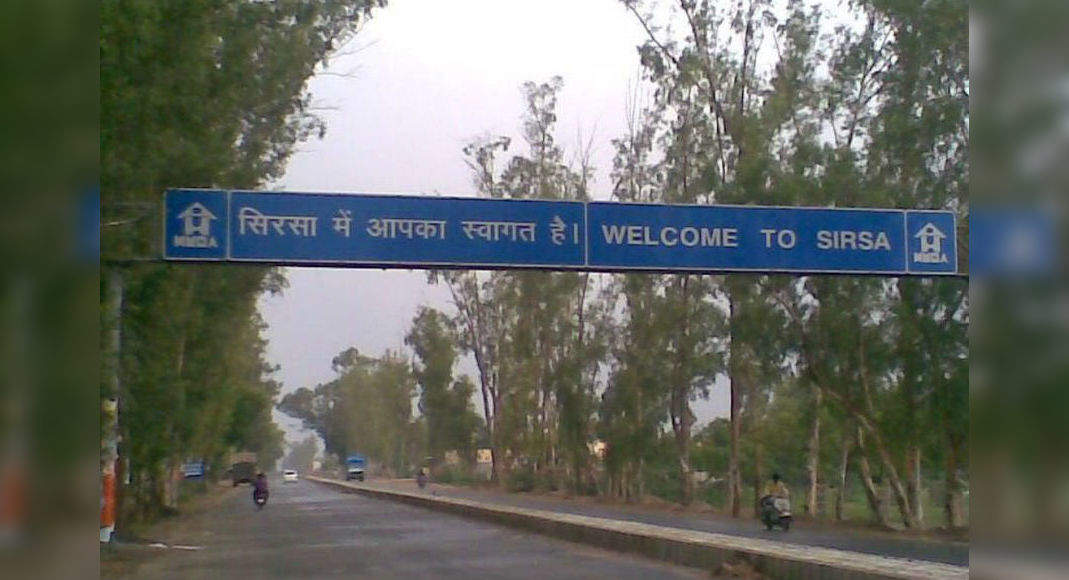 Sirsa is a city and a municipal council in Sirsa district in the westernmost region of the Indian state of Haryana, bordering Punjab and Rajasthan. It is located 260 kilometres north-west of New Delhi and 240 kilometres from state capital Chandigarh. Its history dates back to the time of the Mahabharata.

The name of the district has been taken from its headquarters Sirsa. It is said to be one of the oldest places of North India and its ancient name was Sairishaka, which finds mention in Mahabharata, Panini’s ‘Ashtadhyayi’ and Buddhist text ‘Divyavadan’.

Best Places to Visit in Sirsa

Though the Main Dear is in Byas (District Amritsar, Punjab), there is a big Satsang Ghar in hamlet Sikanderpur, 5 kilometres east of Sirsa city, where a large Satsang is conducted every year in March-April. People from various walks of life come here to celebrate the event. In Sirsa City, there is also a local Satsang Ghar.

In the district, a Rajasthani saint and a bagar are revered. Though there are several Ram Dev temples, the one in Kagdana in Sirsa Tehsil is the largest. In the temple, a significant number of devotees pay their respects. On Magh-Saudi-10, a big crowd attends a fair (Jan-Feb).

Ramdev Ji is reported to be a member of the Tanwar Rajput tribe from Runicha in Rajasthan’s Bikaner district. Those who emigrated from Rajasthan, particularly ReverRamdevji. In Rajasthan, he is said to be an incarnation of Lord Krishna. His followers come to Runicha to offer their respects to the Lord. His male devotees are known as Kamads, while his female devotees are known as TerahTaalis, and they sing songs in favour of Ramdevji. Sirsa, Dabwali, Kagdana, Ludesar, Ellenabad, Rampura (Bagrian), and Kuranganwali have notable temples dedicated to him.

It is located 30 kilometres west of Sirsa and is an important centre of the Namdhari sect. Previously known as Chichal, the settlement was renamed Jiwan Nagar after Jeewan Kaur, the mother of late Namdhari Saint Partap Singh. Following the involvement, a big number of Namdhari Sect members arrived from Shekhupura, Sialkot, and Gujranwala Districts and settled here.

The Dera has a Guru Hari Singh Vidyala and a Cow Breeding Center. On Chet Badi 1 (March-April), a hola celebration is conducted, which is attended by a significant number of Namdhari Sect adherents. A unique aspect of the fair is the fact that simple weddings are solemnised for only Rs 11.

The Temple is located around 2 kilometres west of the city. Every Tuesday, people from all walks of life come to this temple with tremendous faith.

The Gurudwara is located 36 kilometres from Sirsa on the Delhi-Fazklika National Highway and is supposed to be related with Guru Gobind Singh, who slept here for one night. It covers an area of 8 acres and includes a tank with a separate cage for the women. There is a modest museum as well as a library. The Gurudwara is well regarded.

The temple, which is located outside Hisar Gate, was built in the 13th century. Sarsai Nath, a Saint of the Nath sect, devotees of Shiva, is reported to have meditated here. The residents of the region hold it in great regard. At Sirsa, an inscription of Bhoja, the Pratihara Ruler, was discovered. It is said that Nilkantha, a Saint of the Pashupati sect, built a temple of Yogisvara (Shiva) out of burnt bricks and thick slabs of stone, complete with a golden Shikhra.

Despite the fact that no ruins of this temple have been discovered, it suggests that Saivism and the Pashupati Sect flourished in Sirsa throughout the 8th and 9th centuries. Mughal Emperor Shah Jahan paid a visit to Dera Baba Sarsai Nath to seek blessings for his sick son. The emperor erected a dome and gave the temple land. A document in Arabic held by Dera officials attests to Shah Jahan’s visit to the temple. The Dera is home to Shiva and Durga temples.

The Samidhi is located in the western portion of Sirsa city in a lovely Vatika and Temple where an annual Bhandra is celebrated on January 1st.

Deras of notable Sufi Saints, particularly from Kamboj, may be found in the villages of Mangala, Sangar Saristha, and Mallewala. Every year on the occasion of Sakranti, a fair is conducted.

The Tomb of Khawaja Abdul Shankar is reported to have been created in the 13th century in his remembrance. He was one of those who travelled with Muhammed Ghuri to India and lived there. Later in the 16th century, a Mosque was erected next to the Tomb. However, no ruins of a tomb or a mosque can be found. Guru Nanak Dev is supposed to have remained at the Tomb for 40 days with his followers Bala and Madana.

It was erected at the end of the nineteenth century and is located in the tows. It boasts two tall minarets that tower over the town.

On November 1, 1980, the Haryana Tourism Corporation opened a restaurant with bar facilities. It is located 259 kilometres from Delhi on a 2-acre plot of land on the Delhi-Dabwali Road.

It is located 325 kilometres from Delhi on the Delhi-Ganga Nagar Road and has an area of 8.5 acres. It is located near the borders of Punjab, Haryana, and Rajasthan at the junction of the Rajasthan Canal and the Bhakra Canal. Facilities : Motel, Restaurant, Fast Food Counter, Boating, Children’s Park, Mini Zoo, Arrangement for Party, Green Lawn, Parking Facility.

How to Reach Sirsa

Sirsa is connected to other major cities of the country through road connectivity to the state of Punjab and Rajasthan.